Jade Ewen has spoken of her relief at returning to work after a vocal injury left her unsure she’d ever be able to sing again.

The former Sugababes star, 33, appears as iconic singer Mariah Carey in the third and final series of Netflix show Luis Miguel, portraying Mariah’s relationship with Mexican singer Luis between 1999 and 2001.

Now Jade has spoken out about the ‘overwhelming’ moment she sung again as Mariah, exclusively telling the MailOnline she’s grateful the performance has ‘been immortalised’ in the series.

Superstar portrayal: Jade Ewen, 33, has spoken of her relief at returning to work after a vocal injury, appearing as Mariah Carey in the finale series of Netflix show Luis Miguel

Jade said: ‘I actually suffered a vocal injury and I wasn’t sure if I’d be able to sing again a year prior to getting the part.

‘I was obviously devastated because it was a career threatening injury and I didn’t know what to do if I wasn’t a singer, it’s what I’ve always done.

‘So to come back from something that was really difficult and terrifying to be asked to play one of the greatest female vocalists of all time, was just very emotional, very overwhelming.’ 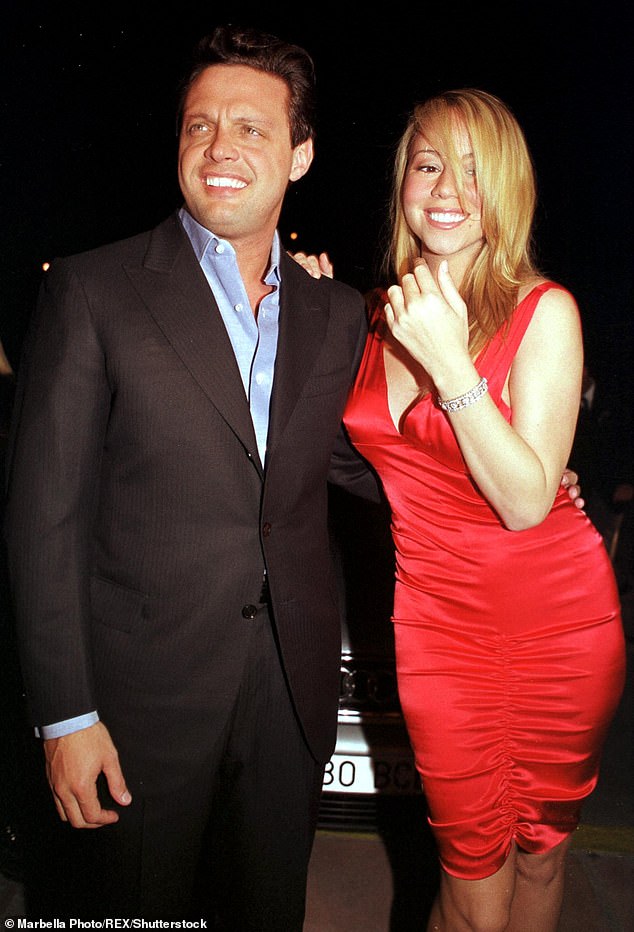 Telling the tale: The show includes a portrayal of Mariah’s relationship with Mexican singer Luis between 1999 and 2001 (pictured 2001)

She added: ‘It was such a moment for me because the first time I really sang again was when I was playing Mariah so I was so grateful that my voice was back but also, I felt in a weird way, really pleased to have had the whole experience of losing my voice.

‘I never took it for granted before but I really cherished every single note that came out of my mouth and I was so fortunate and so glad that it’s back, and I feel like my voice is better than it’s ever been.

‘The wonderful thing about it is that I feel that performance has been immortalised now and I’ll always have that.’ 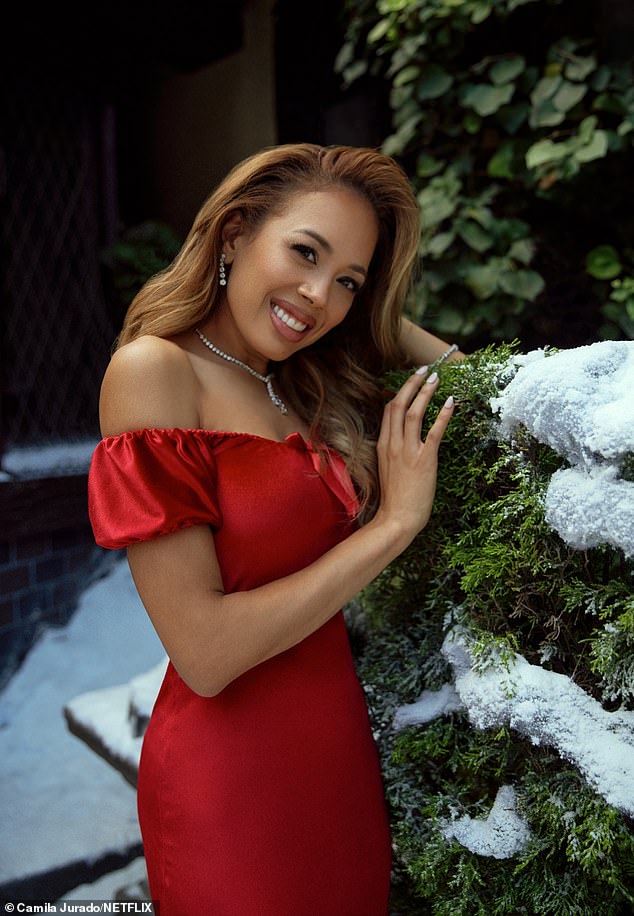 Comeback: Jade spoke of the ‘overwhelming’ moment she sung again as Mariah, exclusively telling the MailOnline she’s grateful the performance has ‘been immortalised’ in the series (pictured in character)

Having already aired for two seasons on the streaming service, Luis Miguel is a dramatisation of the life of the popular Mexican singer, played by Diego Boneta.

Jade was cast in the series and flown out to Mexico City for filming with three days notice after show bosses extensively searched for their perfect Mariah.

‘I flew out in our second lockdown and that was challenging because everybody had to do things with the Covid restrictions and I had never been to Mexico City before,’ explained Jade. 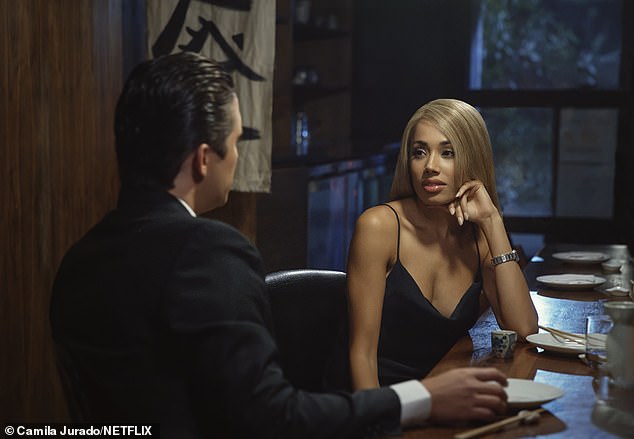 Final season: Having already aired for two seasons on the streaming service, Luis Miguel is a dramatisation of the life of the popular Mexican singer, played by Diego Boneta

‘I couldn’t speak Spanish, and I was only given three days notice that I was going to be part of the project.

‘So it was all a bit of a whirlwind and I was isolating for two weeks as well. So I spent a lot of time preparing and learning material.’

She added: ‘Netflix were so encouraging and they told me that they had searched everywhere to find a Mariah and they didn’t think it was going to be something that they could include in the finale series.

‘Then they found me and they were just so supportive and they kept telling me how grateful they were to have me on board so it was a nice collaboration.’ 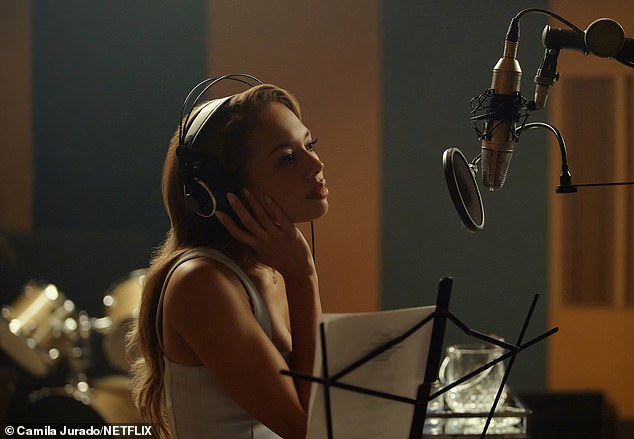 Jade said: ‘I actually suffered a vocl injury and I wasn’t sure if I’d be able to sing again a year prior to getting the part’

However, Jade admitted it was a challenge to research Mariah’s relationship with Luis as neither party has spoken much about the romance.

‘This is quite a significant relationship for Mariah that has been kept very private and that’s from both of their ends,’ Jade explained.

‘I think this is also the first time that Luis Miguel has opened up about it and that’s why the whole storyline and Mariah’s appearance in the series was such a huge deal to all of his fans because he’s never spoken about it in public and I didn’t know why. 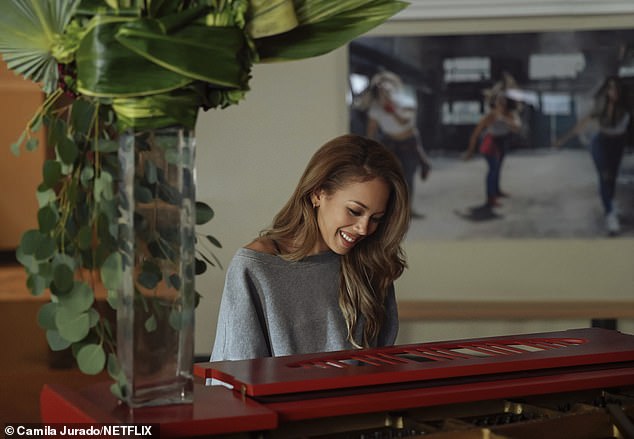 Tough: Jade admitted it was a challenge to research Mariah’s relationship with Luis as neither party has spoken much about the romance

‘In her biography she only tells two pages of that and she sort of skims through it but they had a four-year relationship so I didn’t feel like I got very much information from her perspective.

‘It was a very, very passionate relationship. They bonded over their mutual understanding of what it is to be a huge superstar in the music industry and to have been doing it since childhood but they also had a clash of the titans because they were both such powerful, huge figures, so their dynamic is really interesting.

‘It’s really exciting and passionate and loving but when it goes bad it’s a real, big eruption, which we see in the series.’ 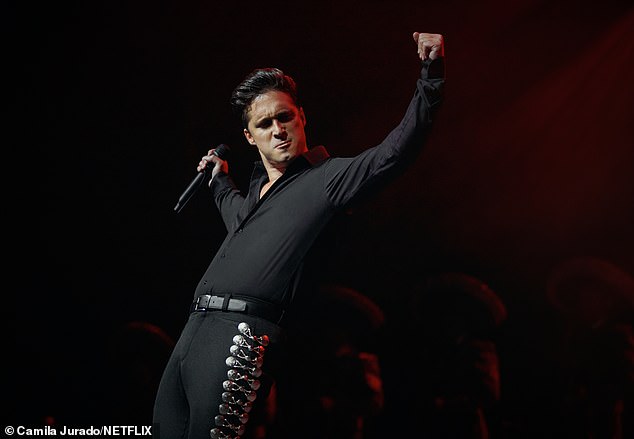 Showman: Diego Boneta appears as Luis Miguel in the series, with the trailer for the final season being released last month

Jade rose to fame when she represented the United Kingdom in the 2009 Eurovision Song Contest.

She finished in fifth place, making her the most successful British Eurovision act since 2002, before going on to replace Keisha Buchanan in the Sugababes alongside Heidi Range and Amelle Berrabah in September 2009.

And Jade says a return to pop could be on the cards now she has finished working on Luis Miguel. 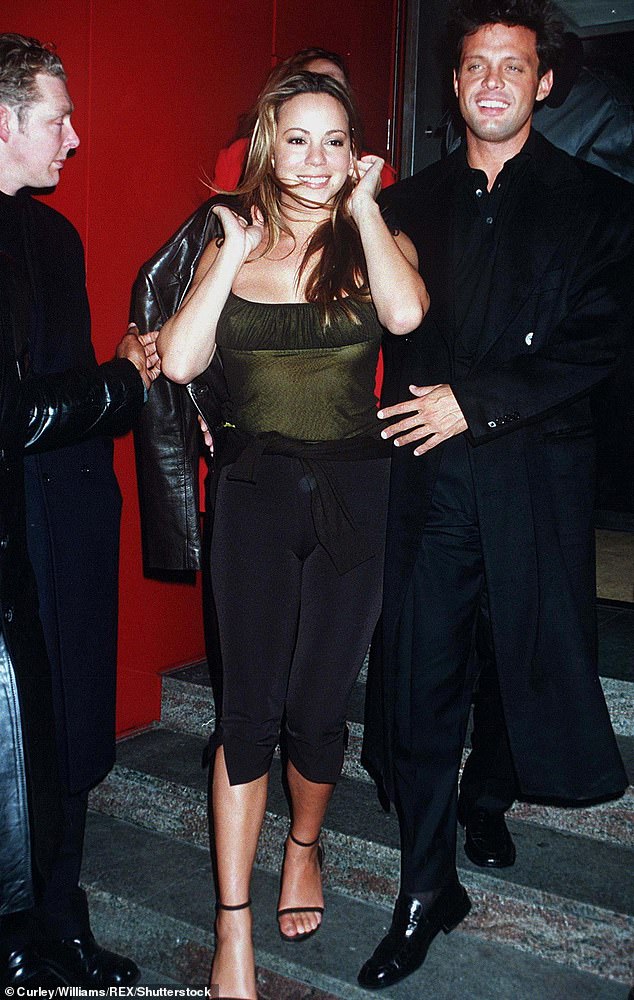 Power couple: Mariah and Louis dated for a number of years and were pictured together often at the time (pictured 1999)

She said: ‘I was starting out in Eurovision when everyone saw me and I had a wonderful time but I was singing a song that was written for me, and the same with Sugababes.

‘I got to go and have the most incredible experience touring but I wasn’t doing material that I had written. So I think that is one thing I would like to do in my career and revisit so I feel like I’ve really managed to artistically share myself with everyone.’

However, while she spoke highly of her former bandmates, she doesn’t see a Sugababes reunion as part of her future.

‘I don’t see it for me,’ she said. ‘I’ve only every met Heidi and Amelle, and I met Keisha actually once and it was lovely, she was really sweet.

‘I wish everyone all the best and I think the original line-up are back together now and I think their music is fantastic, I was always a fan of them when I was younger so I hope that they go on to have huge success.’

The third and final season of Luis Miguel is out now only on Netflix. 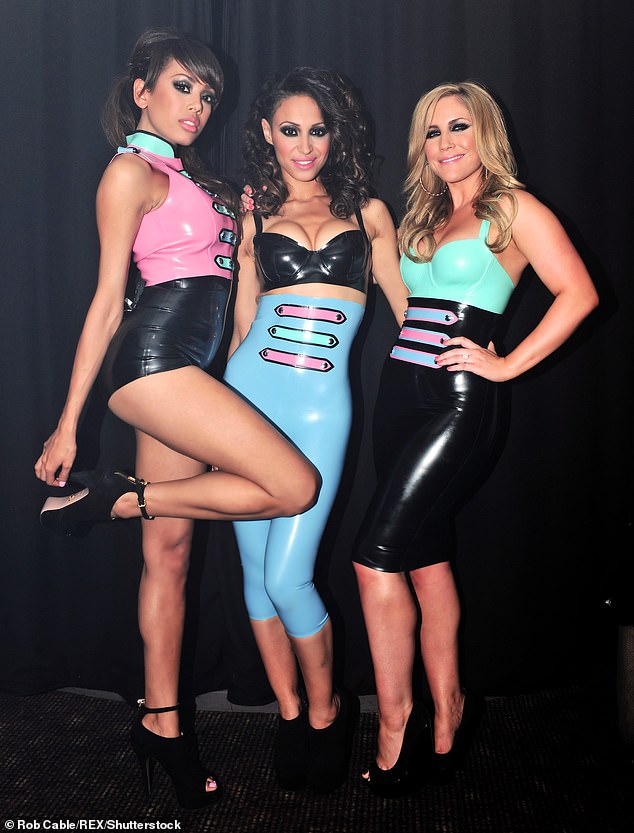 Looking to the future: Jade (left) would like to return to pop but doesn’t see a Sugababes reunion in her future (pictured in 2011 with Amelle Berrabah and Heidi Range)