He was recently spotted out in Los Angeles with British actress Phoebe Dynevor.

And Jaden Smith, 23, enjoyed a night out at Chiltern Firehouse in London, on Tuesday, after jetting over to the UK.

The Karate Kid star, who is son of Will Smith and Jada Pinkett, showed off his quirky sense of style in a futuristic print cropped suit jacket and matching trousers.

Unique: Jaden Smith, 23, showed off his quirky style while enjoying a night out at Chiltern Firehouse in London, on Tuesday, after jetting over to the UK

Jaden looked completely at ease in his eye-catching grey and white co-ord set, which boasted flared bottoms and a cut-off jacket.

The film star wore a crisp white shirt beneath with a sleek black tie, but kept things more casual with a pair of white trainers.

Jaden’s trip to England comes after her was spotted on a night out in Malibu with Bridgerton star Phoebe.

Though the nature of their relationship is not known, both are not currently romantically linked to anyone. 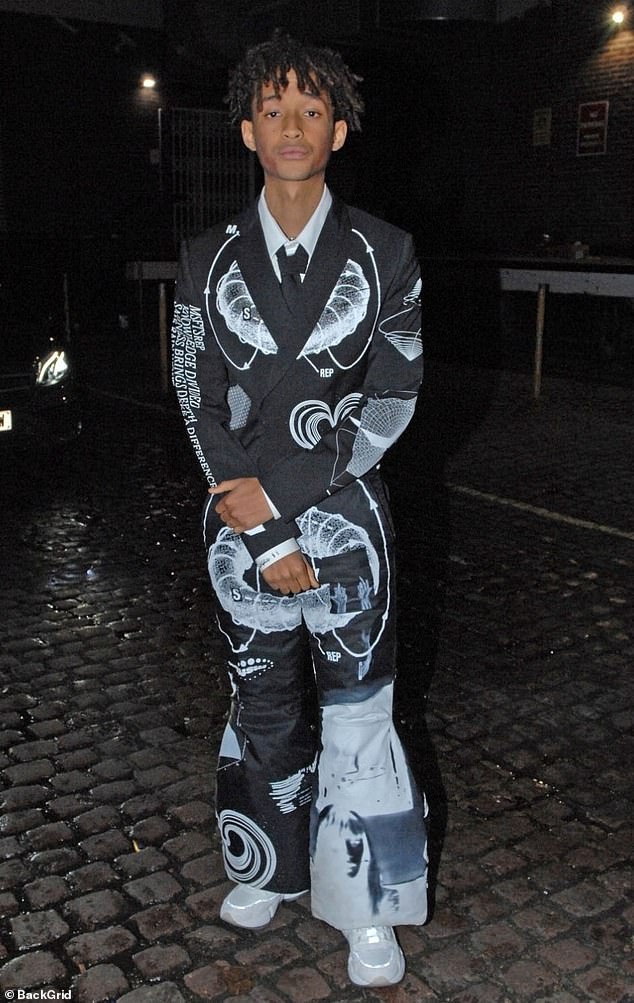 Quirky: The Karate Kid star, who is son of Will Smith and Jada Pinkett, wore in a futuristic print cropped suit jacket and matching trousers

Phoebe last known relationship was with Davidson who she dated for roughly six months until their split was reported in August.

They were first pictured together back in February as the the SNL comedian spent extended time in her native UK where they were seen looking cozy in both Stoke-on-Trent and Manchester.

In April PEOPLE confirmed their romance and said they were ‘really into each other,’  with a source adding: ‘Pete is telling friends he’s serious about her.’

In July they made their first public appearance as a couple as they put on a loved up display at Wimbledon in London. 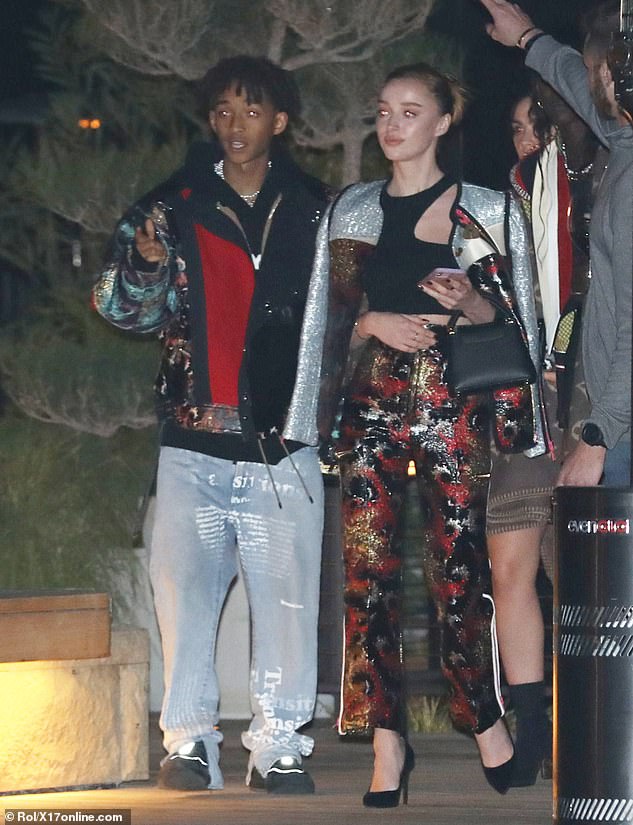 Making a statement? In November, Jaden was spotted out with British actress Phoebe Dynevor at the star-studded Louis Vuitton party at Nobu in Malibu, Los Angeles

But just one month later The Sun reported they had called it quits citing both distance and their busy work schedules as the reason for the split.

‘Pete and Phoebe’s romance was a real whirlwind and from the start they were both totally committed. But as time has passed, it’s become increasingly obvious it is going to be difficult to make this work,’ the insider said.

‘They had fun and will remain close but unless something drastic changes their relationship won’t recover.’

Pete is now linked to Kim Kardashian, after meeting during her Saturday Night Live hosting debut in early October.