Wives and girlfriends of men in jail for crimes including bashing police and manslaughter have slammed prisons for banning visits due to coronavirus.

Leni Cormack, 30, is urging the New South Wales government to let her see her husband, who she and their five children haven’t been able to visit since March.

She says the lifting of tough lockdown measures across the state should be extended to the prison system.

‘This is not about the crime or the fact these men and women are convicted criminals,’ Ms Cormack told Daily Mail Australia.

‘This is about the fact visits are not reinstated in NSW.’

Ms Cormack’s husband, Jason, was sentenced to four years and ten months behind bars in May 2018 for assaulting a police officer who was conducting a check on his property.

Inmate wife Leni Cormack, 30, is urging the New South Wales government to let her see her husband Jason (pictured together) 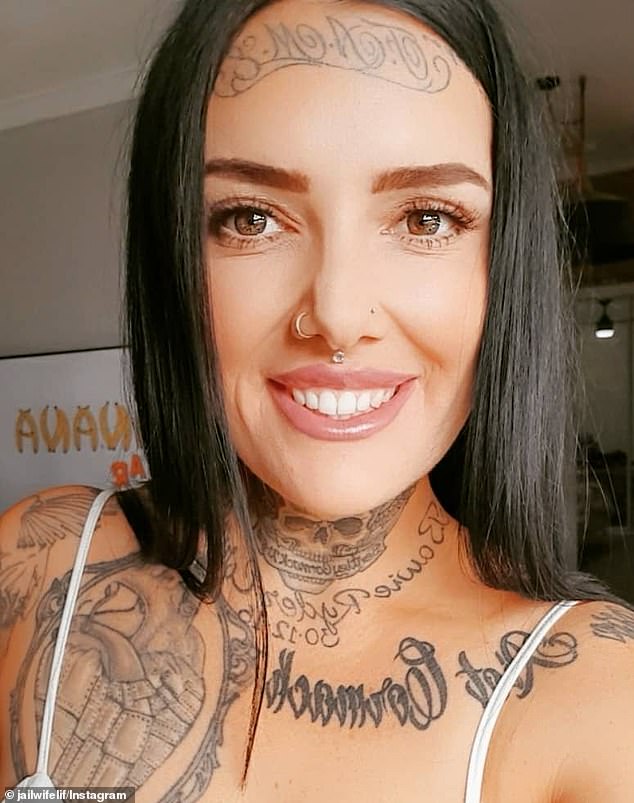 The 55-year-old suffered a fractured eye and jaw in the ensuing attack.

While Ms Cormack isn’t proud of her husband’s actions or criminal behaviour, the 30-year-old wants her five children to be able to visit their father.

‘This is detrimental to both the prisoner and the family of the inmate, especially the children.’

The self-described ‘jail wife’ is calling on NSW Corrections to reinstate visits, saying she and her family are already facing a hard time during the COVID-19 pandemic.

‘Banning visits is going to push his recovery back for those who are using the time to better themselves like my husband,’ the mother-of-five said. 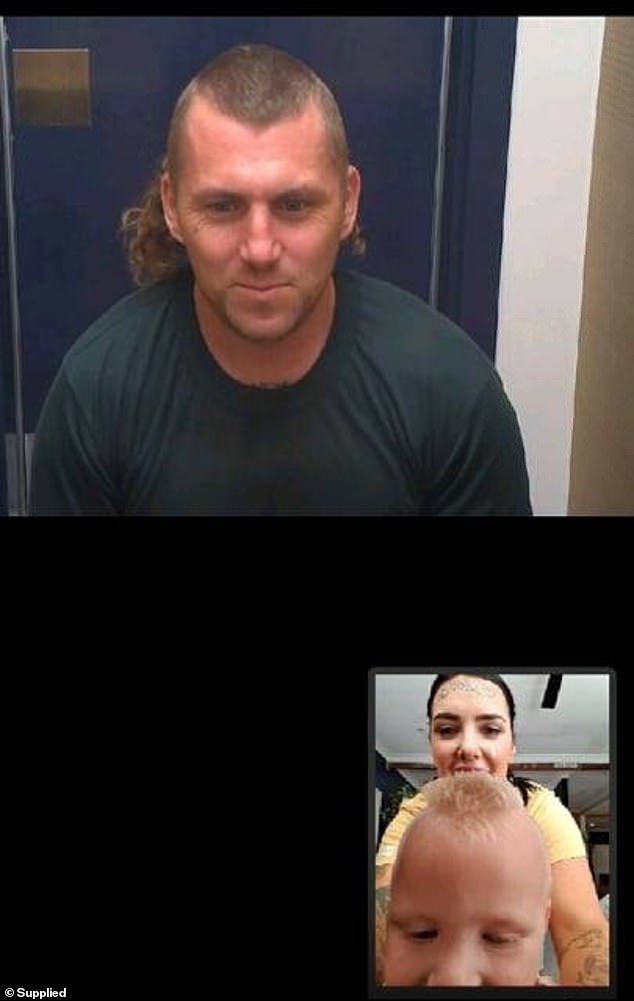 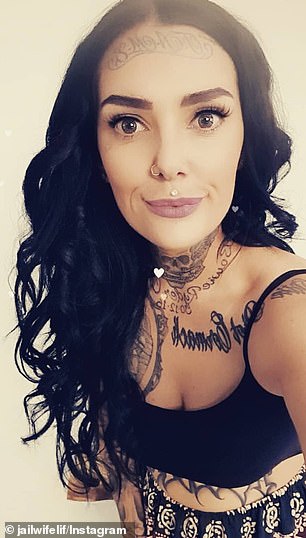 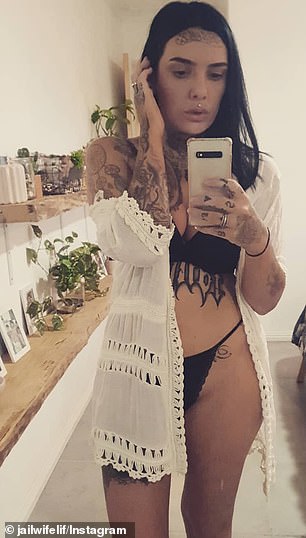 While Ms Cormack isn’t proud of her husbands actions or criminal behaviour, the 29-year-old wants her five children to be able to visit their father

The 30-year-old has questioned why restrictions can ease for restaurants, pubs, and cafes, but she has no idea when she can see her husband again.

‘NSW Department of Justice has not given families of prisoners any indication as to when they will be able to see their loved ones again,’ she said.

‘I see daily interactions at coffee shops, nightclubs, play-centres, pubs and classrooms full of children not social distancing yet the correctives services have not thought of reinstating visits.

‘They could implement social distancing guidelines and limit visitors like every other business is doing.’

Meanwhile, Wagga woman Tiffany, 21, said her husband is yet to meet his newborn daughter after being locked up for manslaughter in February.

Court documents state Joshua Aaron Byrne was charged with manslaughter after he was involved in a street race travelling at more than 140km/h in a 50km/h zone.

His Holden Commodore veered onto the wrong side of the road and smashed into a ute, killing a 53-year-old in October 2017.

‘It was one silly mistake. He really regrets it. He would do anything to take it back,’ Tiffany told the Daily Telegraph.

The 21-year-old said she has only been able to video-call her husband since June and claims it is unfair to ban visits.

‘My two-year-old son won’t sit still for video visits. When we’re face-to-face at least they can play games. The guards can just as easily take COVID in. It’s so unfair,’ she said. 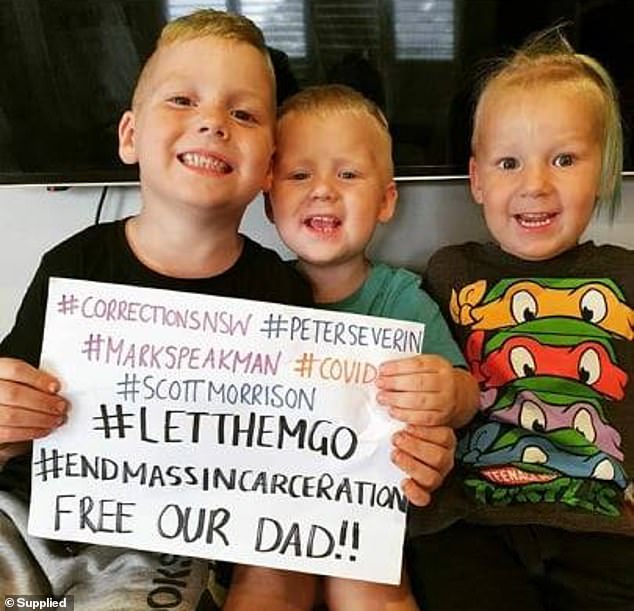 The 30-year-old has questioned why restrictions can ease for restaurants, pubs, and cafes, but she has no idea when she can see her husband again (Three of Ms Cormack’s children pictured) 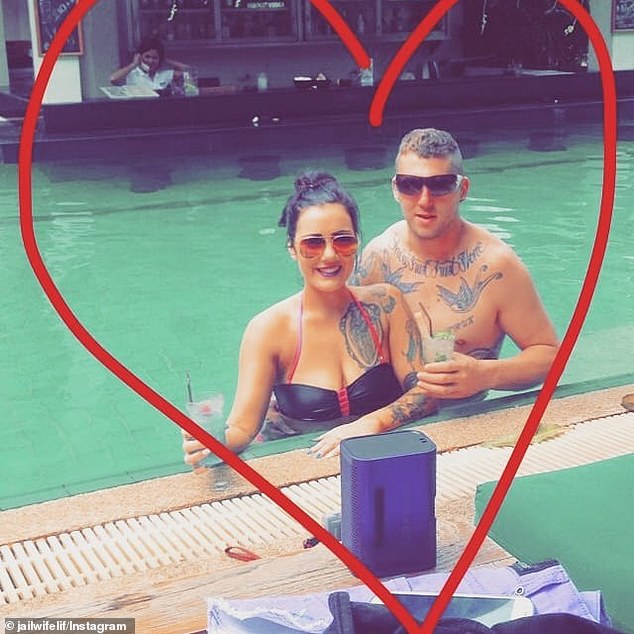 Advocates from SHINE for Kids and Deadly Connections, organisations aimed at supporting people with loved ones in the criminal justice system, are working to find solutions.

There are also countless petitions online demanding change, but Ms Cormack is still wondering when she can hug her husband again.

Ms Cormack said her husband was more motivated when he was receiving visits from his children as it was rewarding for him.

‘Having time to physically bond with his boys would boost his determination to continue to recover and work towards his rehabilitation,’ she said.

‘He has completed courses inside the facility and is using this time as a opportunity to mature.

‘I am worried the longer this continues, the longer these men and women aren’t receiving contact visits the more their rehabilitation goes backwards.’

While Ms Cormack understands that social distancing is critical to stop the spread of the virus, she claims inmates have been frowned upon and disregarded.

‘Yes, they broke the law but they weren’t sentenced to time without family contact and support,’ she said. 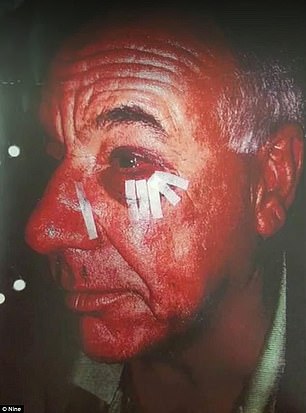 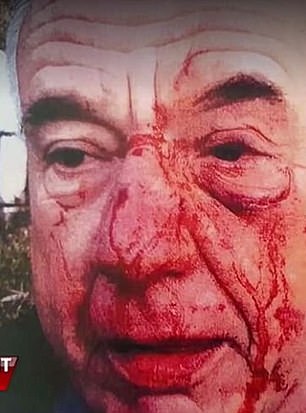 Ms Cormack’s husband, Jason, was sentenced to four years and ten months behind bars in May 2018 for assaulting a police officer (pictured) who was conducting a check on his property 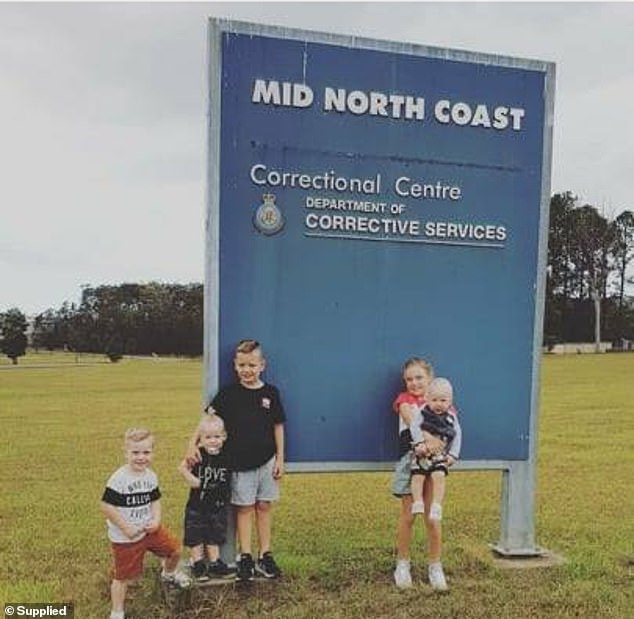 During her time alone she has also formed a ‘jail wives club’ and seeks to help other women in the same boat – on top of caring for five young children.

‘There are many women like me and there’s no support,’ she said.

Her husband is just half-way through his sentence and the young mother agrees that he needs to pay the consequences for his actions.

‘We as WAGS are not our partners or their crime,’ she said.

‘Yet we are subject to hate for having a voice regarding a issue we are all going through.’

The young mother is brutally honest about her life in the hopes of encouraging other women not to feel ashamed.

Her blog, jailwifelife, was first started as a way to work through her emotions while her husband was locked away, but her following quickly grew. 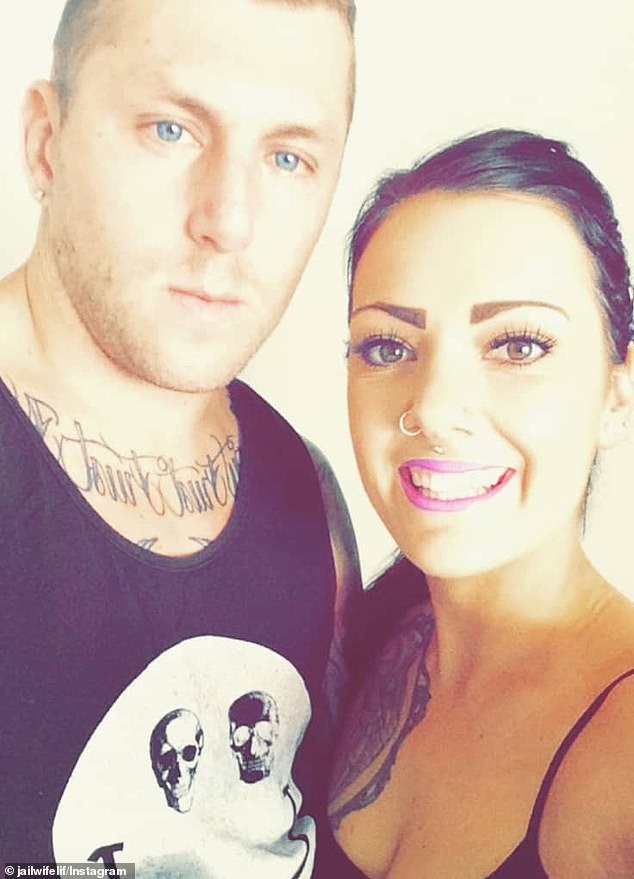