Convicted knife attackers are recording rap videos boasting of their crimes from behind bars and broadcasting them on Youtube in a bid to instruct associates to commit further violent crimes.

A Sunday Times investigation found a number of videos by convicted knife offenders promoting violence on the video-streaming service owned by Google.

In one, featuring inmates including a man who goes by the moniker P Wave who claims he is serving a six-year sentence, the rapper warns an unidentified enemy that he is planning to ‘grab him’ and ‘stab him’.

In another video, a brute convicted of GBH with intent – the most serious violent crime shy of attempted murder –  raps about killing and indiscriminate attacks.

The revelation comes after another bloody week in which six people were fatally stabbed across the UK. In other recent developments:

A 19-year-old was stabbed in the chest on a bus in North London and three revellers were knifed at a nightclub in Birmingham.

Three young men – including a 15-year-old boy – appeared in court accused of three of the latest killings in London;

Legendary NYPD boss Bill Bratton told this newspaper that Britain must get more bobbies on the beat – but warned that indiscriminate use of stop-and-search risks sowing discord;

And the Mail on Sunday revealedlenient sentencing may be contributing to spiralling violence, with fewer than 300 teenagers put behind bars last year for serious attacks, down from more than 1,000 a decade ago. Only half of yobs repeatedly caught wielding blades are being put away, with judges ignoring a tough new ‘two strikes’ law that should ensure second-time offenders are locked up.

In one prison video, RV, a drill rapper from the OFB gang in Tottenham, north London, says he ordered his associates to enter enemy territory and suggests they stab ‘anyone’ they find. 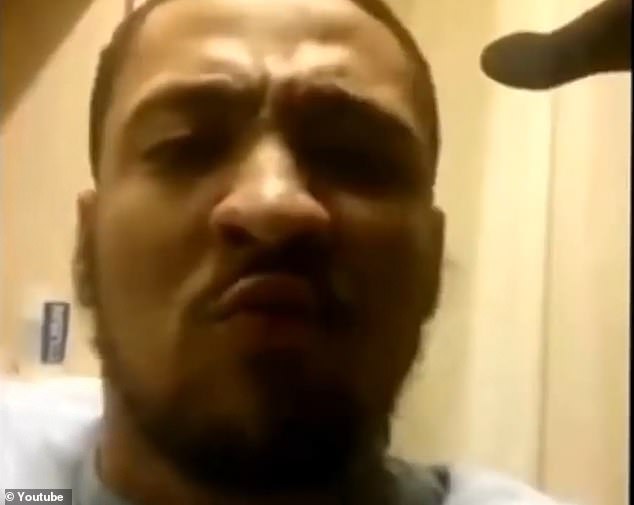 The angry lyrics included warning of indiscriminate violence and murder

The clip, which has been viewed 430,000 times, was uploaded last month. The rapper, whose real name is Jordan Townsend, was sentenced to seven years in a young offenders’ institute in August 2012 for wounding with intent to do grievous bodily harm.

During his Old Bailey trial, the jury heard how Townsend and other members of his gang had stabbed their victim three times in the back as he was having a haircut at a barber’s in Tottenham.

In his new video, RV warns he will ‘get man down’ in his ‘Jordan 3’s’, ie, that he will kill someone while wearing popular trainers.

He speaks of giving ‘strict instructions’ to ‘young boys’ in his gang to launch indiscriminate stabbings in the ‘opp block’ [rival territory].

In the most explicit video uncovered by the paper, CB, a rapper in the Woodgrange gang from Newham, east London, boasted of ‘broad day knifings’.

The singer, whose real name is Lekan Akinsoji, said: ‘I put Rambo blades in chests. I put flick knives straight in necks. With a wap I’ll aim for your head. If you see me you’re looking at death.’ The video has been viewed 45,000 times.

Akinsoji, 21, was jailed for 23 years last month after threatening police with a shotgun during a high-speed chase. 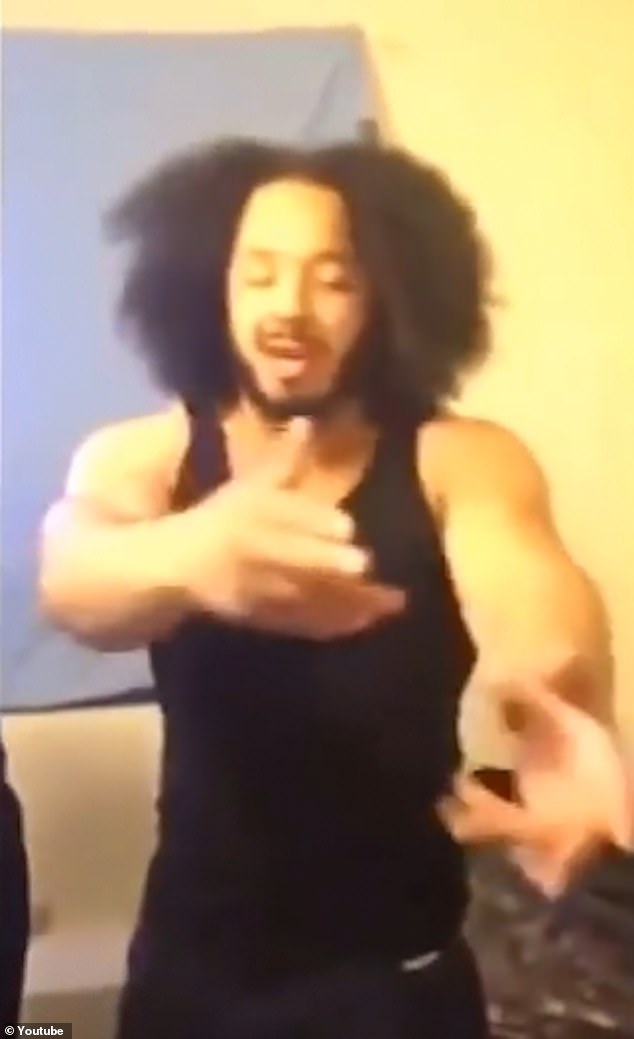 Pictured: Rap videos by jailed gang members where they warn of further stabbings

Armed police officers, who feared for their lives, opened fire through their own windscreen after Akinsoji, wearing a clown mask, aimed a loaded shotgun at them.

Akinsoji and three other men were jailed for possessing a firearm with intent to endanger life and conspiracy to commit grievous bodily harm with intent.

Judge Mark Dennis QC said the defendants had armed themselves with lethal weapons and made a ‘determined attempt’ to cause ‘extreme violence’. He said: ‘Drill music glorified gang violence and challenged rival gangs. The offending conduct was a reflection of such lyrics.’

Despite the judge’s words at the high-profile trial Youtuve did not take the video down until being alerted by the Sunday Times, and other such video remain live.

Sources at the company told the paper said they did not breach ‘community guidelines’ and emphasised that the platform was a ‘creative space’ for ‘many different genres of music’.