She was left shaken after her car was horrifically attacked a few weeks ago.

But now that some time has passed since the traumatic experience, Jaime King looks to be well on the mend.

The 38-year-old looked in high spirits as she set her worries aside while attending  Caruso Palisades Village welcomes Andrea Liberman and A.L.C. event in Los Angeles on Tuesday.

Huge smile on her face, the fun-filled night out was clearly a welcome change of pace for the busy mom-of-two.

The actress was dressed to impress as usual, wowing in a seventies style plunging dress with cinched waist and long sleeves.

She styled her light blonde tresses down in bouncy ringlets and added some glam with her bold red lipstick and gold eye shadow.

Jaime finished off the look with a pair of black boots. 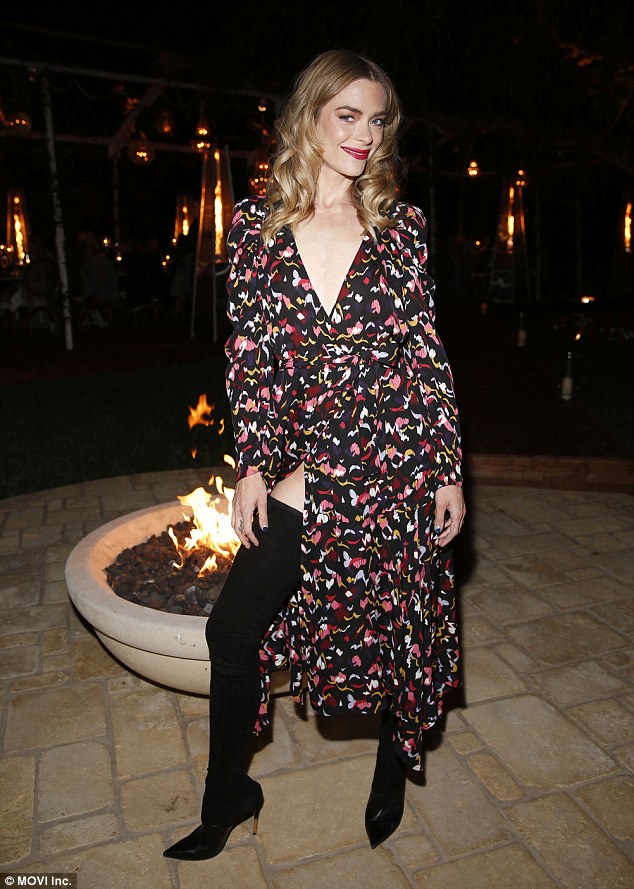 Legging it! King showcased some skin in her jaw-dropping thigh high black boots 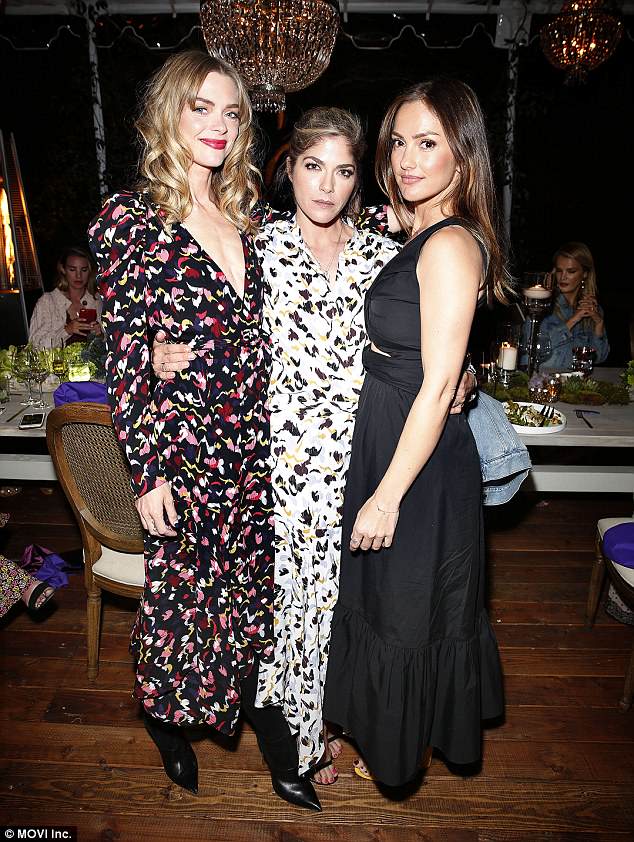 Girl time: Enjoying a relaxing night on the town, the sophisticated soiree clearly helped take Jaime’s mind off of things as she mingled with Selma Blair and Minka Kelly

Enjoying a relaxing night on the town, the sophisticated soiree clearly helped take Jaime’s mind off of things.

The vagrant who allegedly destroyed Jaime King’s car, causing glass to hit her four-year-old son, has been slapped with four charges

Paul Francis Floyd, 47, was charged with cruelty to child by endangering health and a felony count for vandalizing the actress’s 2016 Mercedes, TMZ reported. 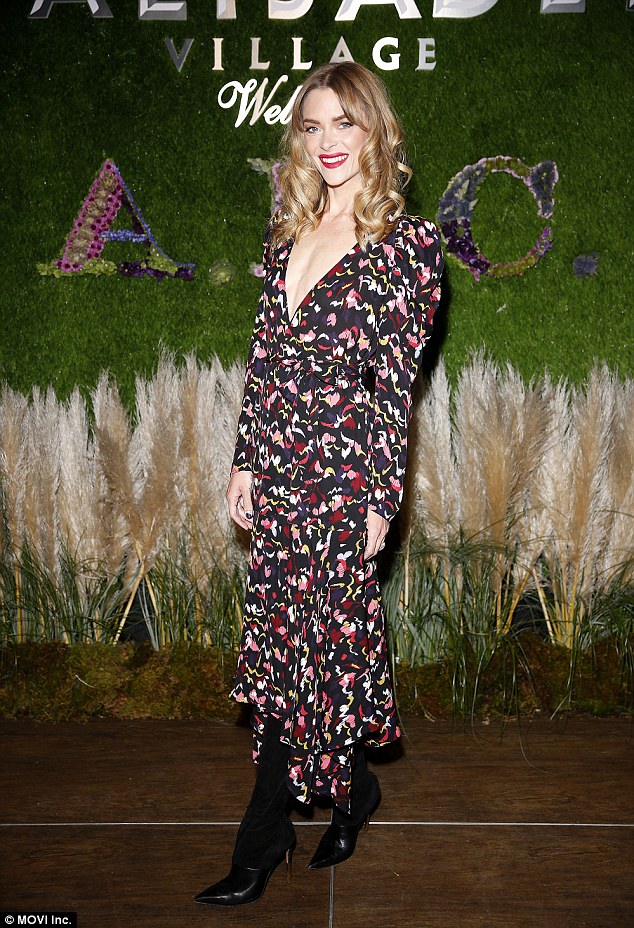 Curl power! She styled her light blonde tresses down in bouncy ringlets and added some glam with her bold red lipstick and gold eye shadow

The child endangerment charge is a misdemeanor.

Floyd was also charged with an additional misdemeanor battery charge and a count of misdemeanor vandalism for allegedly attacking a man’s 2017 Lexus.

King revealed that the attack on her car that left her son covered in window glass was even more violent than previously reported.

‘The attack was incredibly violent, and my four-year-old son was obviously the target of the individual’s brutal attack, which is terrifying,’ King said in a statement about the Wednesday incident in Beverly Hills. 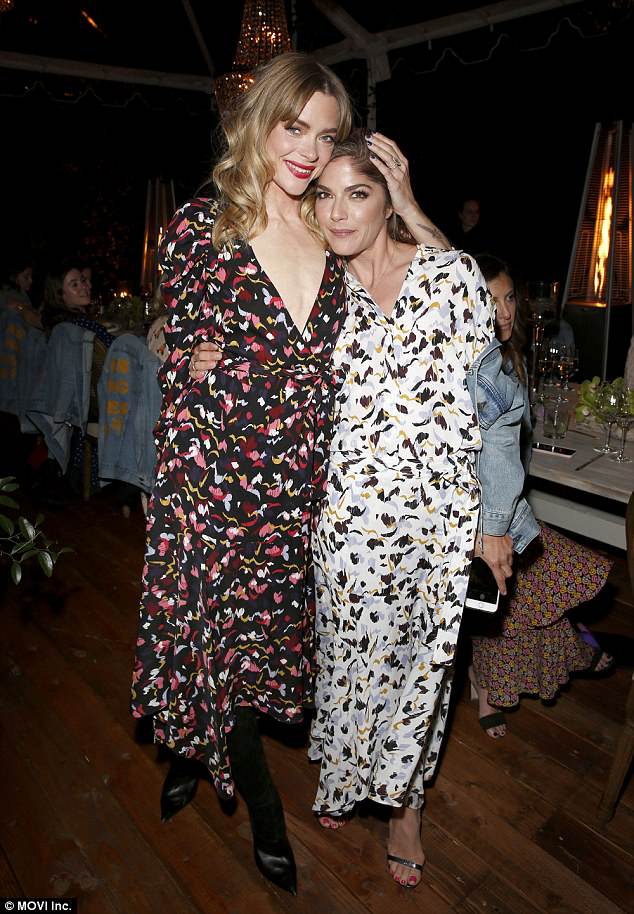 Strike a pose! The stunning ladies cosied up together as they enjoyed a night out at the fancy soiree