Raging fires in the Amazon rainforest – known as ‘the lungs of the planet’ – have sparked global concerns.

Brazilian federal experts reported a record number of wildfires across the country this year, up 84% over the same period in 2018. But why has this happened and what does it mean for all of us?

Are there usually many fires in the Amazon and has there really been more this year?

Amazon fires are a common occurrence, Greenpeace UK spokeswoman Alison Kirkman said. But she added that there has been a ‘huge’ increase this year.

Her view is backed by Mike Barrett, executive director of conservation and science at WWF UK, who said: ‘The fires this year are certainly worse than normal.

‘We’ve seen over 70,000 fires now already this year which is nearly double what we saw in the same period last year.’

But why have there been more fires this year?

The fires are ‘part of a broader renewed assault on the Amazon’, according to Mr Barrett, who said this is driven by deforestation.

He says fire is being used to clear land in order to graze cattle, grow crops and so on. And there is a political angle.

Mr Barrett said: ‘The reason why this is higher than before I think it’s very clear that there has been a change in the political rhetoric within Brazil, and that has led to those who wish to deforest feeling empowered to do so.’

Why is the Amazon known as ‘the lungs of the planet’?

The Amazon is a vast ecosystem and the biggest living carbon store on the planet, Mr Barrett pointed out. It therefore has a huge role to play in regulating the environment of the entire planet.

Trees take carbon dioxide out of the atmosphere and store it within the plant body and within the soil. 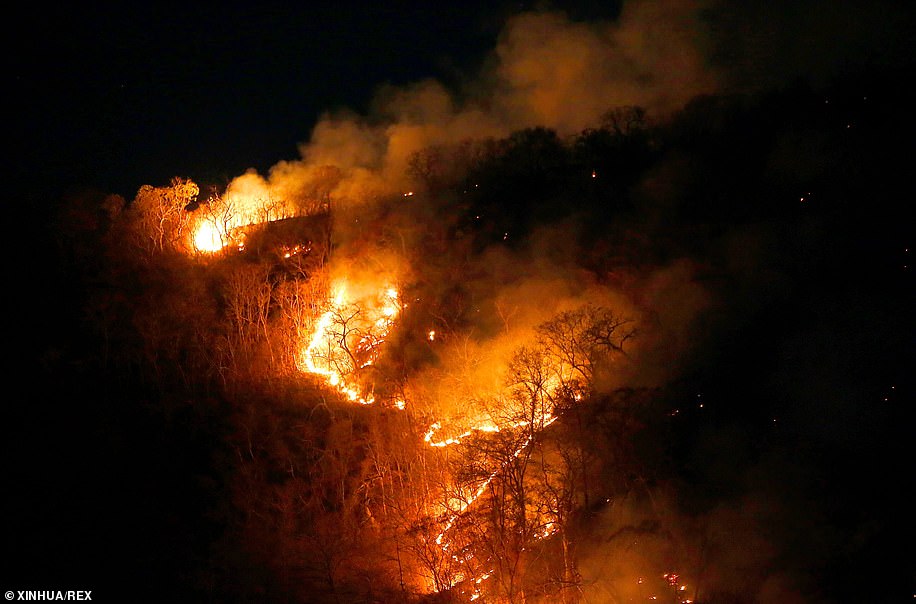 How have world leaders reacted to the fires?

Prime Minister Boris Johnson is ‘deeply concerned’ about the increase in fires, and has vowed to use the G7 to ‘call for a renewed focus on protecting nature’.

But Brazilian President Mr Bolsonaro has hit back at his critics, accusing Mr Macron on Twitter of using a ‘sensationalist tone’ that ‘does nothing to solve the problem’.

Why should people in the UK be concerned?

Around 20% of the Amazon has already been lost and scientists now believe that just losing another 5% would be sufficient to tip the Amazon into a sort of ‘unstable state within which it becomes impossible to actually restore it’, Mr Barrett said.

He said it matters locally, globally and also from a UK perspective. ‘If the Amazon ceases to be a functioning ecosystem, ceases to be the lungs of the planet, it is essentially impossible to see how we avoid dangerous climate change at a global level,’ he said.

Ms Kirkman said forests are our ‘greatest defence against climate change’ adding: ‘We’ve seen the impacts of climate change already in this country this year. We’ve seen the flooding in the north of England. We’ve had huge heat, high temperatures in the south of England, the hottest day on record in July, so it really does have an impact on us here and we should be really concerned about it.’ 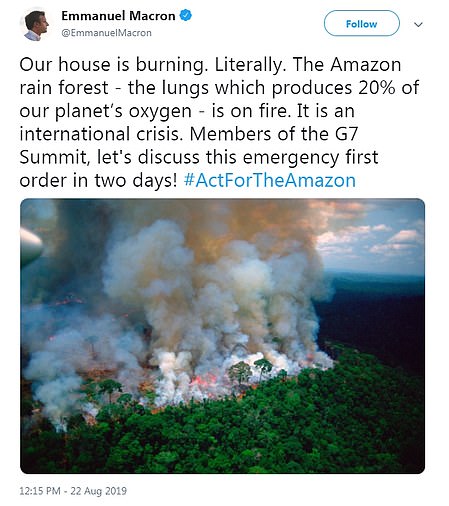 What can people do to help?

One way people can make a difference is by eating less meat, according to Ms Kirkman, who said the burgers and chicken we eat from big fast food chains will likely have been fed on animal feed that has been grown in the Amazon rainforest.

‘One of the biggest things that we can do as individuals is be conscious of that, and we do really need to reduce our meat consumption globally. In the UK we need to more than half our meat consumption and replace the meat that we’re eating with plant-based food,’ she said.

Ms Kirkman said we all have influence on the companies we buy from and if they see demand decreasing then they will be compelled to do something. She suggests this could be ensuring that their supply chains are clean and they are only sourcing from sustainable sources, or even reducing the meat in the supply chain altogether. ‘But the fact is we cannot continue consuming meat at the rate that we do,’ she said.

Could governments and businesses also help out?

Mr Barrett said if people switched to more plant-based protein, away from meat-based protein, that it would certainly have a positive impact. But he also pointed out the key role governments play too.

‘I think it’s incumbent on all the major economies who are trading with Brazil and make sure that we use our trade for good and not for bad. So thinking about trade deals for Brazil, setting high environmental standards that ensure that deforesting commodities don’t enter supply chains and are not imported by major economies like ourselves. It’s absolutely crucial,’ he said.

Mr Barrett said the G7 has an opportunity to ‘send a really powerful message to Brazil’. He also said businesses have a responsibility to ensure that they are not purchasing commodities that are grown on deforested land.