Jake Paul has confirmed his marriage to Tana Mongeau is an open relationship while also revealing he thinks Noah Cyrus wants to ‘hook up’ with his wife.

The 22-year-old YouTuber married fellow YouTuber Tana, 21, in a shotgun Las Vegas wedding after only a few months of dating. But the couple has been open since the nuptials that the marriage might not be serious for either of them.

When speaking to Entertainment Tonight, Jake further detailed his ‘open’ marriage and how they don’t have a marriage license to make the union official.

Confirmed: Jake Paul, 22, said he had an ‘open’ marriage with Tana Mongeau, 21, in an interview with Entertainment Tonight 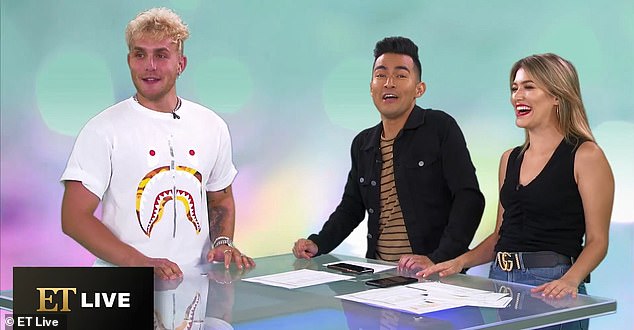 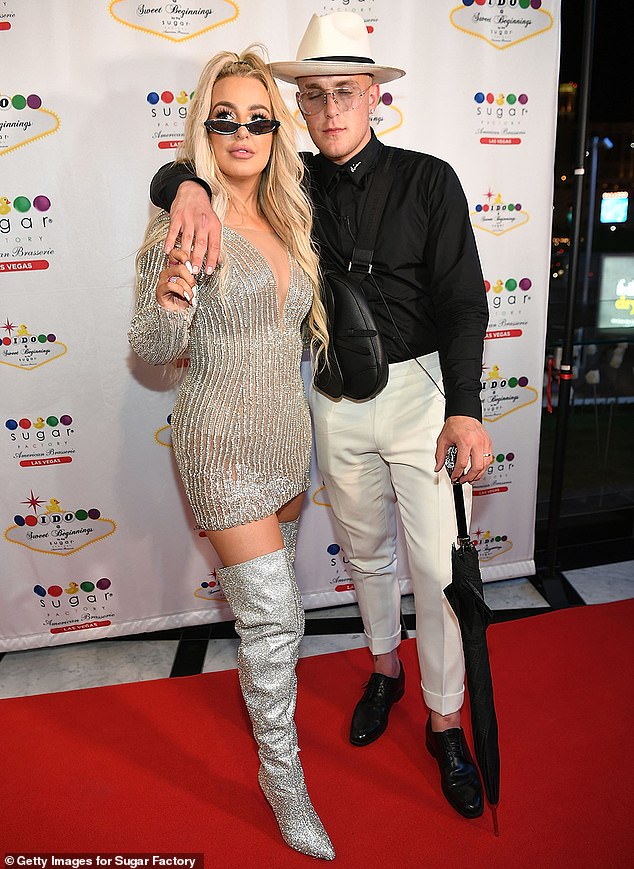 Happily ever after? Jake married Tana in a shotgun wedding in Las Vegas at the end of July. The newlyweds are pictured at their wedding reception

The couple has no intention to get a marriage license, though, to make it legal.

‘I don’t think so … because we’re probably gonna get divorced eventually,’ Jake joked in a video with ET.

Their open marriage has attracted attention from other people in the industry, and it has led Jake to believe other stars, specifically Noah Cyrus, want to ‘hook up’ with Tana.

‘So, I think Noah’s wanting to hook up with Tana,’ Jake said.

‘And then Noah and Tana are, like, wanting to hook up and I think Noah’s the one pushing that narrative, which I think is dope, again.’ 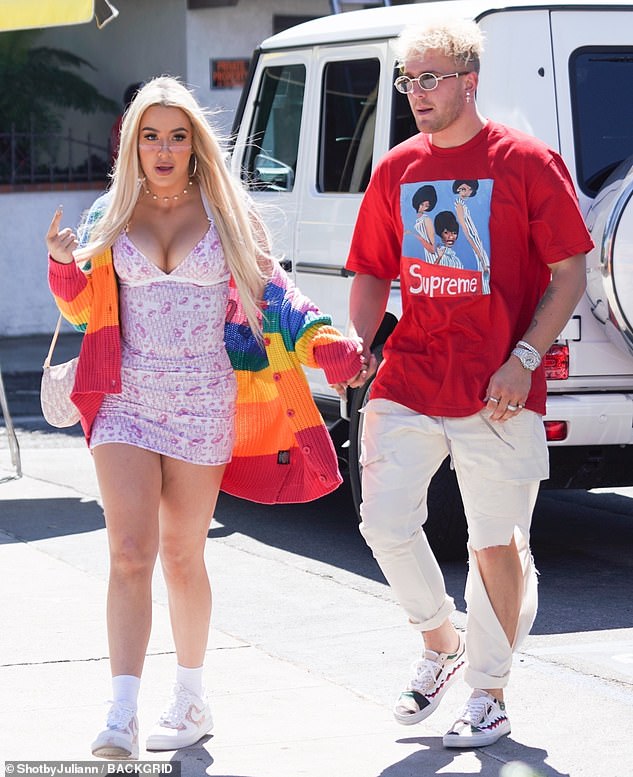 Making headlines: The pair claimed their marriage was real, but they actually don’t have an official marriage license since the publicized nuptials 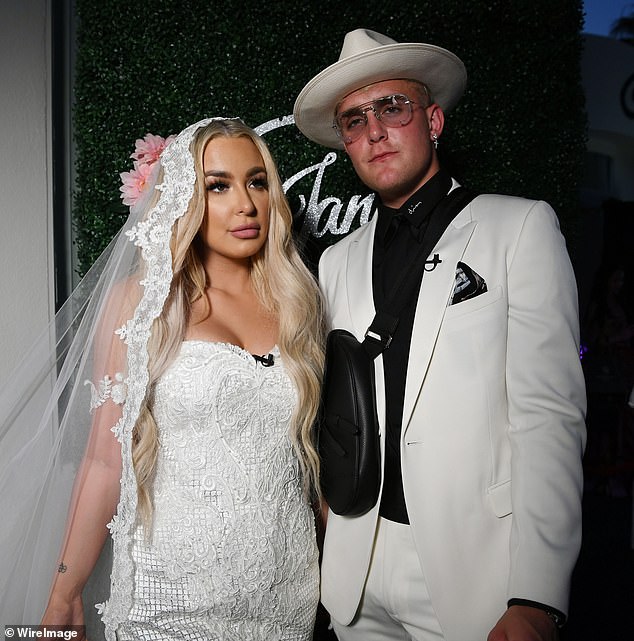 Something’s amiss: Jake and Tana’s wedding is being called into question as she admitted it was for content on her MTV reality show

Jake admitted he would not be upset if Tana and Noah decided to actually get together.

‘Yeah, especially if I could be there,’ he said.

Tana and Jake got married in July on a livestream fans paid $50 to watch, further adding to speculation the wedding was all for views and to make money.

The couple insisted the relationship was ‘real’ when they received criticism, but Tana also admitted during a recent episode of MTV’s YouTube Show Tana Turns 21 that they were not ‘officially exclusive’.

‘Jake and I aren’t officially exclusive so I guess for me we would just take the openness of our relationship into the openness of marriage, right?’ She explained on the show. ‘I think we’re all trying to piece together the puzzles of what we actually want this engagement and “marriage” to be.’

Later, she added: ‘Don’t get me wrong I think a wedding is a very serious thing but at the same time I don’t think Jake and I take things very seriously. I have a lot of love for him but it’s still something fun and lighthearted that we’re obviously doing for fun and for content.’

After the episode went live, Tana backtracked her comments about the marriage being only for ‘fun and for content’. She claimed her statements were taken out of context.

Jake and Tana’s wedding came just one month after they got engaged and three months since they started dating.

Their relationship has been rumored to be fake from the start, with many finding their rapid courtship and Jake’s decision to propose with a $125 cubic zirconium ring to be suspicious.

Fans still remain confused on if there is actually love between Jake and Tana in their ‘open marriage’ or if their relationship decisions are just dictated on how many clicks they can get on their latest YouTube video.