Just in time for Halloween, an Internet prankster has played a practical joke on his unsuspecting cousin by jumping at him while wearing a terrifying clown mask.

Jalen Dotson shared a video of the holiday-themed joke on YouTube last week, which shows him lunging at his relative as he emerges from a California costume shop fitting room, dressed as a Teletubbie character.

Dotson explained in an Instagram post that his cousin has been terrified of clowns from the time they were children.

Funny or die: Jalen Dotson accompanied his cousin to a costume store in Long Beach, California, where he decided to scare him by donning a scary clown mask 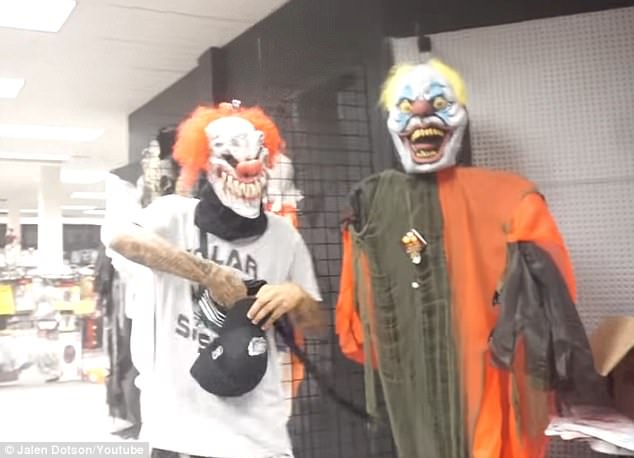 Preying on fears: Dotson (left) chose the unsettling mask because he knew his cousin has been fearful of clowns from the time he was a child 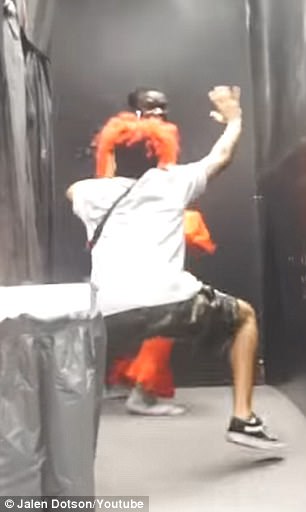 Trick or treat: Dotson rushes at his relative while screaming at the top of his lungs, which prompts the clown-averse man to shriek in terror 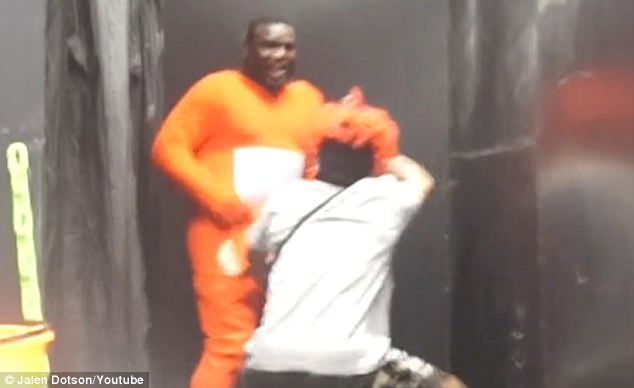 Kid-friendly: The unsuspecting cousin was in the fitting room trying on a Teletubbie costume

In the video documenting the Halloween ambush, Dotson is seen rigging cameras inside the costume store in Long Beach on October 23.

He then grabs a menacing, toothy mask reminiscent of Stephen King’s bloodthirsty Pennywise from the novel It, pulls it over his face and waits for his cousin to emerge from the changing room.

As the man emerges sporting a too-small Teletubbies onesie, Dotson rushes at him while screaming at the top of his lungs, which prompts his clown-averse relative to shriek in terror.

The cousin, however, quickly recovers from the initial shock and the two young men later share a good laugh over the prank together. 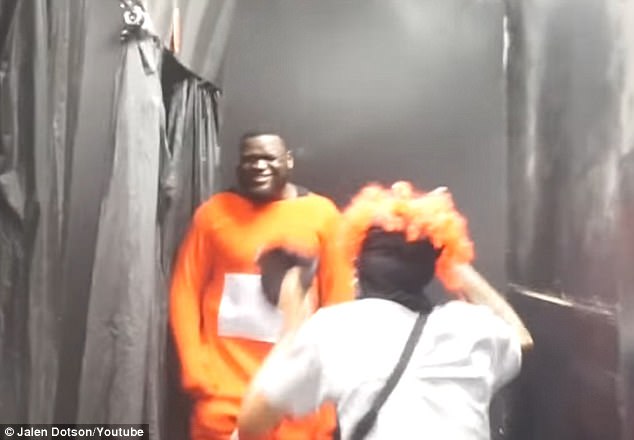 Good sport: The cousin quickly recovers from the initial shock and the two young men share a laugh 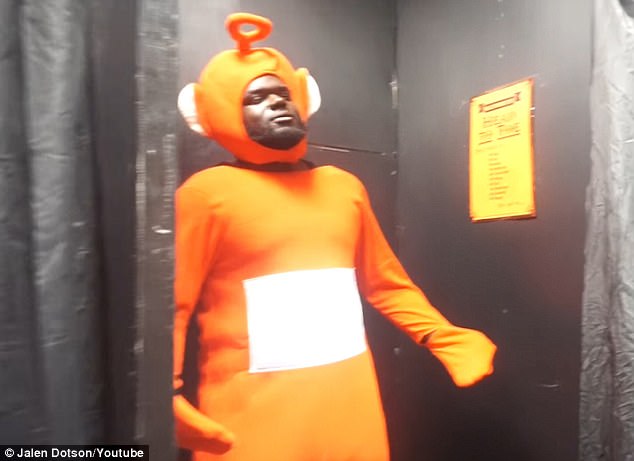 After noticing that his relative’s Halloween getup is of the wrong size and cannot be zipped up, Dotson is left rolling on the floor, howling with laughter.

Dotson later wrote on his Instagram page that his cousin’s reaction was ‘priceless.’

As of Monday afternoon, more than 1,860 people have viewed the clip on his social media account. 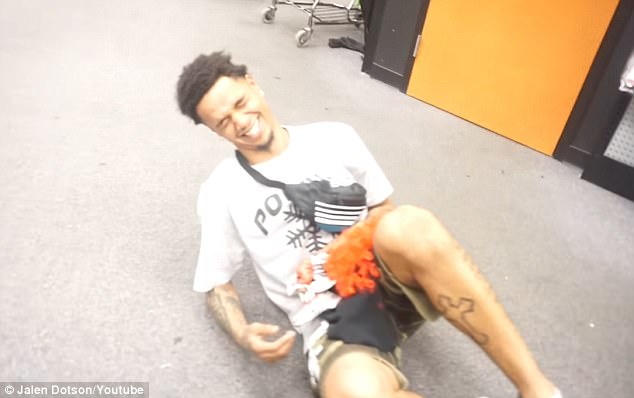