Jamal Khashoggi’s fiancee has been ‘in darkness’ since he died

The fiancee of Jamal Khashoggi said today that she wants those responsible for his murder at the Saudi Arabian consulate in Istanbul to be punished for their ‘savagery’, adding that she has not received a condolence call from Saudi officials.

In her first interview since Khashoggi’s death, Hatice Cengiz, 38, told Turkish television channel HaberTurk that she continually asks herself questions about that day and the events leading up to their visit to the consulate.

She recalled how Khashoggi handed her his two mobile phones before going inside to pick up papers needed for their upcoming marriage.

She waited outside for him before raising the alarm when he failed to emerge.

Hatice Cengiz, fiancee of murdered Jamal Khashoggi demanded that ‘those responsible are punished and brought to justice’ in an emotional interview with Turkish TV channel Haberturk

‘I found myself in a darkness I cannot express,’ she told the broadcaster on Friday.

‘I demand that all those involved in this savagery from the highest to the lowest levels are punished and brought to justice’.

Cengiz, who is studying for a PhD in Istanbul, also said she declined an invitation to the US from President Donald Trump, a staunch defender of the Gulf kingdom.

‘Trump invited me to the United States but I perceived it as a statement to win public favour,’ she said, pausing at times during an interview and more than once breaking down in tears. 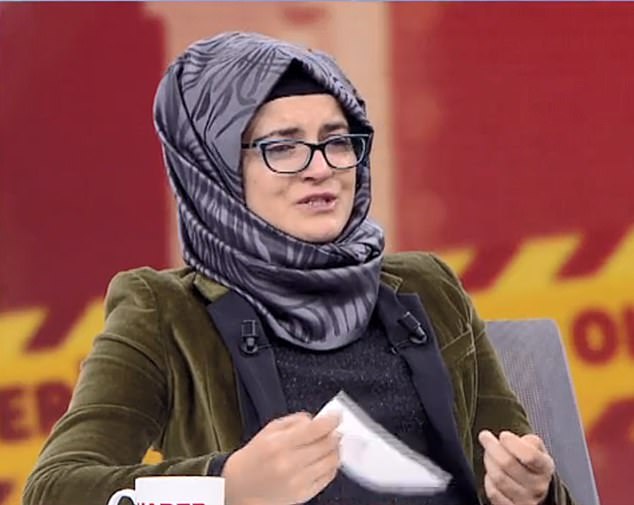 Breaking down more than once during the interview, she told how she continually asks herself questions about October 2 – the day Khashoggi went to the consulate

Trump and Prince Muhammad have a warm relationship, thanks to the billions of dollars the Saudis have pumped into the US.

However he later conceded that the crown prince bore ultimate responsibility for the operation against Khashoggi, saying: ‘Well, the prince is running things over there… so if anybody were going to be, it would be him.’

Trump also said Riyad had staged the ‘worst cover-up ever’ over the killing. 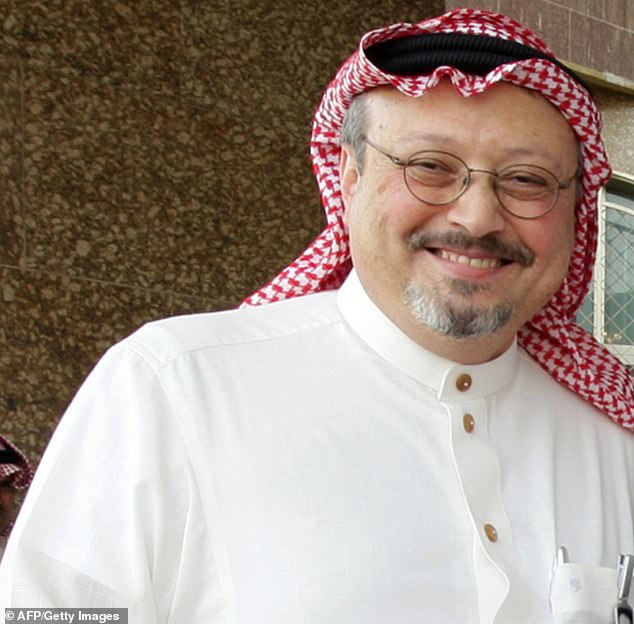 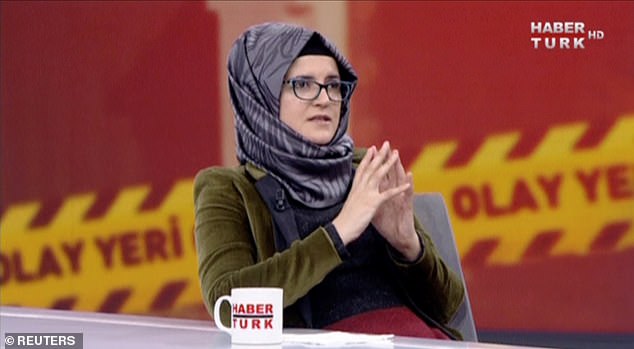 She also told how Khashoggi had had concerns that tensions would arise when he visited the consulate.

The Saudi born journalist had been living in self-imposed exile in the US for over a year and written columns for the Washington Post criticizing prince Muhammad’s autocratic leadership.

However, he ultimately assumed he would not be arrested or harmed because he was in Turkey.

The Turkish PhD student posted an emotional tribute on Twitter, saying Khashoggi’s beautiful laugh will remain in her soul forever

‘His local network in Turkey was very good as you know, his political network as well,’ Cengiz said. ‘He thought Turkey is a safe country and if he would be held or interrogated, this issue would be swiftly solved.’

Riyadh says 18 people have been arrested and five senior government officials have been sacked as part of the investigation.

Prince Mohammed, whose carefully cultivated image as a liberal reformer is now in tatters, has said the killers will be brought to justice.

Saudi state television quoted the Saudi public prosecutor on Thursday as saying Riyadh was interrogating suspects on the basis of information given by a joint Saudi-Turkish task force.

Turkey has since demanded the extradiction of the 18 officials accused of Khashoggi’s murder.

‘I also told the crown prince. I said, ‘You know how to make people talk. Whatever happened between these 18 people, this dodgy business is among them. If you are determined to lift suspicion, then the key point of our cooperation is these 18 people.”

How Western allies deal with Riyadh will hinge on the extent to which they believe responsibility for Khashoggi’s death lies directly with Prince Mohammed and the Saudi authorities. 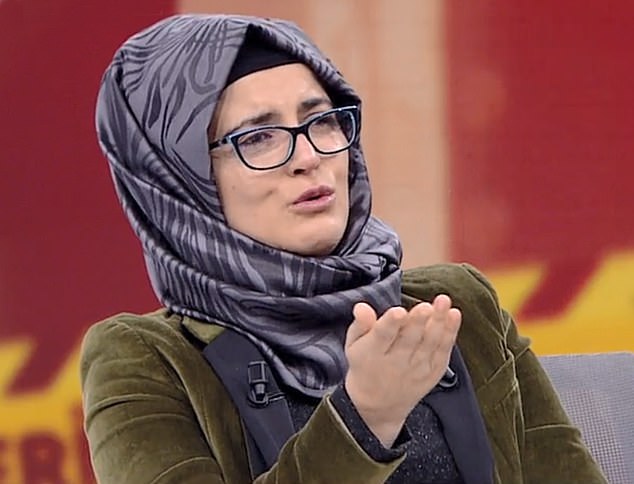 She also told how Khashoggi, who had been living in the US for over a year and written columns for the Washington Post criticizing prince Muhammad’s autocratic leadership, had had concerns that tensions would arise when he visited the consulate 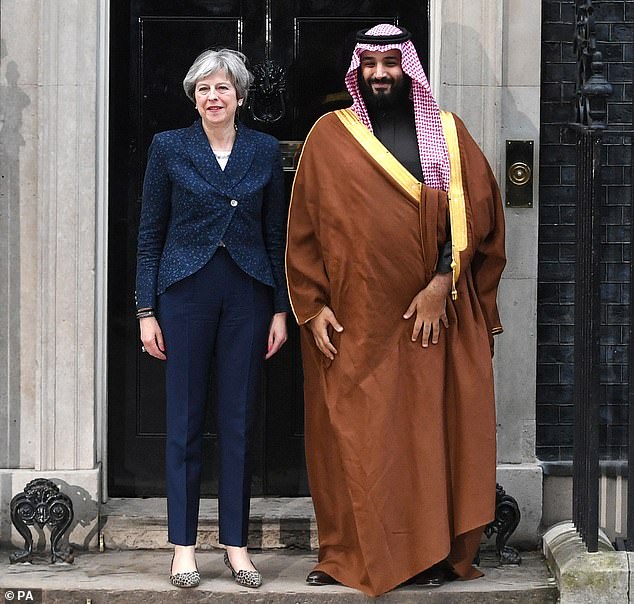 Saudi Arabia’s crown prince Mohammad bin Salman has been on a charm offensive this year, meeting western leaders and spending millions on PR to boost his ‘liberal credentials’

The stakes are high. Saudi Arabia is the lynchpin of a U.S.-backed regional alliance against Iran but the outcry over the murder has strained Riyadh’s relations with the West. Dozens of Western officials, bankers and executives boycotted a major investment conference in Riyadh this week.

Erdogan also said Saudi Arabia’s public prosecutor was due in Istanbul on Sunday to meets its regional chief prosecutor.

‘Of course, we have other information; documents, but there is no need to be too hasty,’ said Erdogan, who previously described Khashoggi’s demise as a ‘savage killing’ and demanded Riyadh punish those responsible, no matter how highly placed.

U.S. CIA Director Gina Haspel heard the audio during a visit to Turkey this week, sources told Reuters, and has briefed Trump about Turkey’s findings and her discussions.