Jameela Jamil has insisted that she doesn’t ‘hate’ Kim, Khloe and Kardashian — after repeatedly criticising them for promoting weight loss products.

In a new interview with Glamour, the 33-year-old actress revealed that her stance against the sisters’ promotion of such products as laxatives and ‘detox’ teas is nothing personal — she just believes in not using one’s influence ‘irresponsibly’.

The British beauty told the magazine: ‘I don’t hate those girls. I just want them to stop selling laxatives, and then I will get off that d**k. That’s all I’m trying to do.

No hate: Jameela Jamil has insisted that she doesn’t ‘hate’ Kim, Khloe and Kourtney Kardashian — after repeatedly criticising them for promoting weight loss products

‘I’m not trying to attack anyone. But if you have a lot of power and influence and money, and you’re using yours irresponsibly, and other people aren’t aware that they’re being sold a lie, I’m gonna step on that d**k.’

Jameela, who herself has struggled with eating disorders and used diet supplements, last month explained her position on why the Kardashians should stop promoting products to their fans with potentially dangerous side effects.

‘Essentially, ‘f*** the young, impressionable people, or those struggling with eating disorders, we want the money,’ she wrote in a series of tweets. 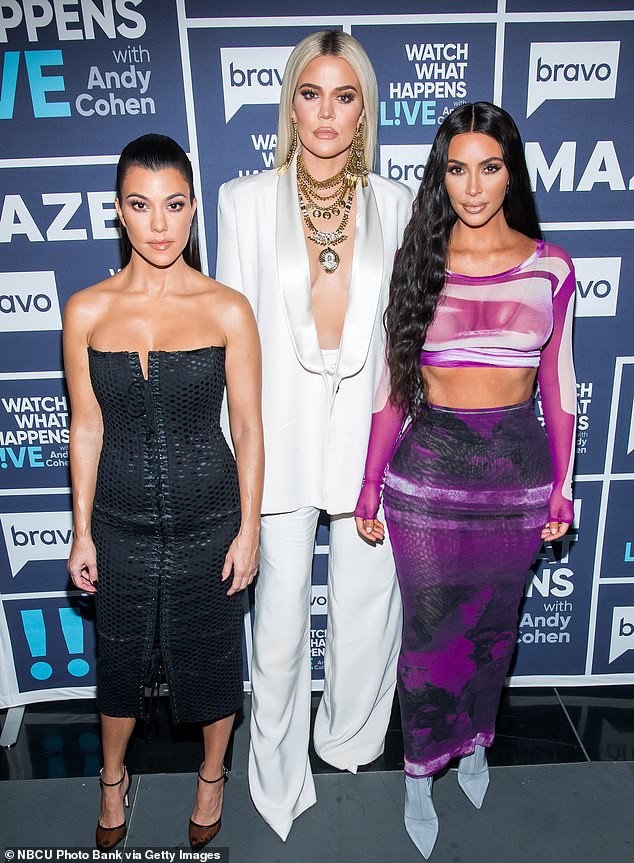 Speaking out: (L-R) Kourtney, Khloe and Kim Kardashian have been at the receiving end of much criticism from the British actress, for promoting potentially dangerous products

‘I have been given these same opportunities to flog this stuff, and I don’t do it, so they don’t have to. Thank you, next.’

Her response didn’t stop there, as Jameela continued: ‘Their pockets are lined with the blood and diarrhoea of teenage girls…’

But it doesn’t appear like the promotional posts from the Kardashians are stopping anytime soon. Khloe, 35, is the most recent Kardashian to share a picture promoting Flat Tummy Tea, which she posted on Instagram in May.

Elsewhere in her interview with Glamour, Jameela also revealed that she has no immediate plans to continue with her acting career once the fourth and final season of her hit comedy The Good Place wraps, though she’d like to stay in the industry. 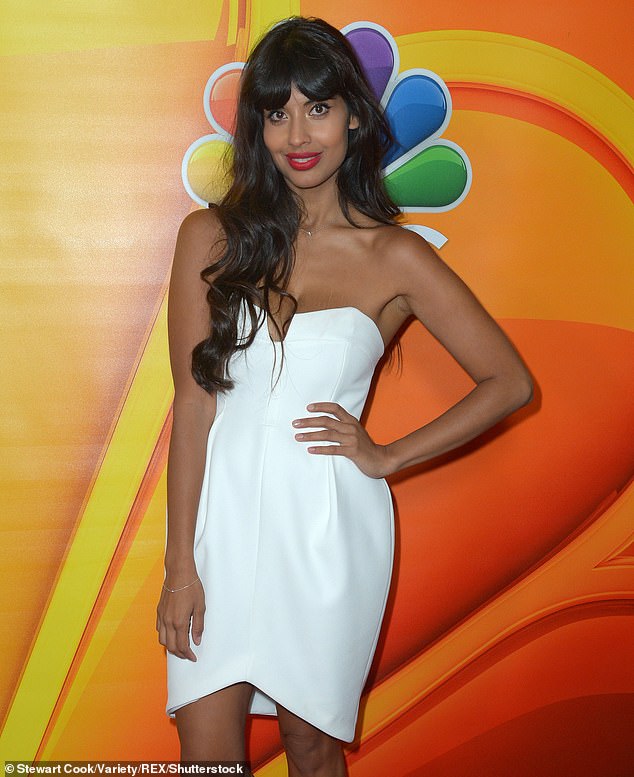 Struggles: Jameela has struggled with eating disorders and used diet supplements in the past

‘Otherwise, who’s going to watchdog it?’ London native Jameela quipped, before adding of her boldly outspoken tactics: ‘Sometimes you have to use a bit of a shock tactic in order to break through the noise.

‘We’re so syrupy and sugary and perfect and glossy and inoffensive. That’s not going to get anyone anywhere. We still have a booming diet industry.

‘We’re in an epidemic of teen suicide, teen eating disorders. The nice way doesn’t work. I have to get in people’s faces. I’m okay with pissing people off, as long as it creates change.’

And while the Los Angeles-based star is far from shy when it comes to speaking out against those in the public eye she disagrees with, she’s also just as willing to accept criticism, as well as learn. 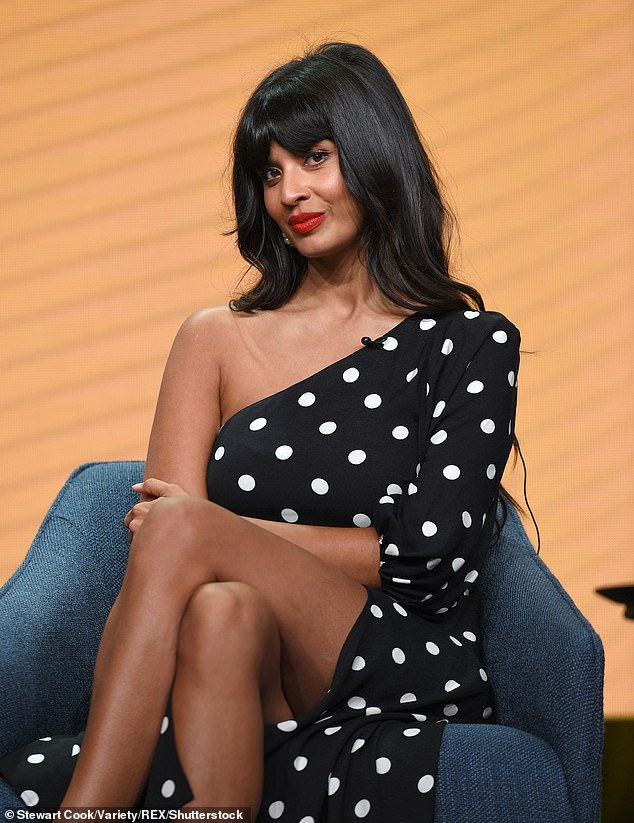 Career plans: Elsewhere in her interview with Glamour, Jameela also revealed that she has no immediate plans to continue with her acting career once her comedy The Good Place wraps

She said: ‘I don’t sit there and play the victim if I’ve done something wrong. I just take that as an opportunity to learn. I feel as though I’m being afforded the faith that I can do better.’ 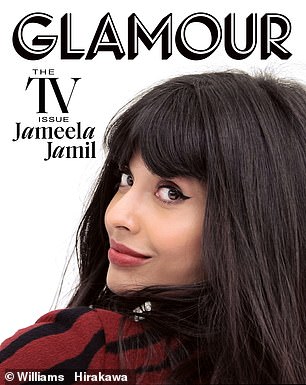 On a newsstand near you: The latest issue of Glamour magazine is out now

‘We all need criticism,’ the screen star continued. ‘I need a s**tload of criticism, and I’ve received it, and I’ve taken it on board, and it’s made me a better woman.

‘It’s made me a better feminist. This is why I call myself a feminist in progress, because I never feel that I’m fully defined. I’m not fully formed. I’m always going to have new stuff to learn.’

‘No one is born perfectly informed,’ she added. ‘We all have to learn along the way. As long as someone’s doing something that is showing effective and true genuine effort to change their ways.’