Jameela Jamil has insisted she is not interested in having ‘beef’ with the Kardashians or ‘cancel anyone’ — after she accused the reality star family of promoting unsafe body expectations when advertising detox teas and shakes.

The 33-year-old actress and body activist has made headlines in the last couple of years for her public critiques of the Kardashian family on social media, calling them out for promoting laxatives and harmful diet practices.

But in an interview with Bustle for its Rule Breakers digital cover, Jameela said she was not trying to fight with the family — and would lay off if they’d just stop pushing products that might promote eating disorders. 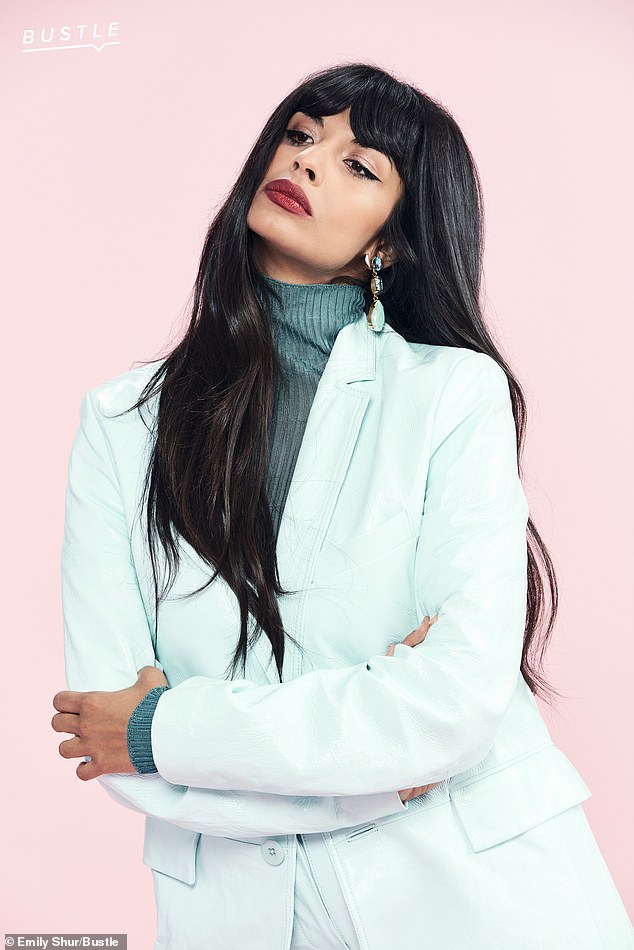 Speaking out, again: She opened up about her ongoing feud with the Kardashians 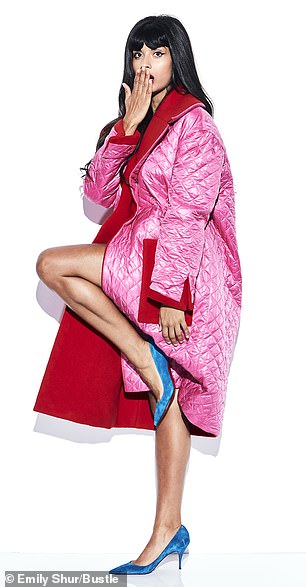 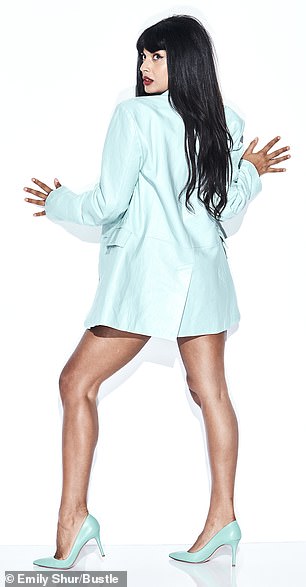 Outspoken: Jameela has called out the Kardashians in the past for promoting potentially dangerous weight-loss products on their social media channels

‘I’m not trying to cancel anyone,’ she said, adding: ‘I don’t want to beef with the Kardashians. They have a huge amount of influence. I just want them to use that for more good.’

She went on to praise Kim Kardashian, 38, in particular for her work in reforming the prison system, while also imploring her to stop advertising for detox companies like Flat Tummy Tea.

‘I think what Kim does with the prison system is really cool.’ Jameela said. ‘Stop selling laxatives and I’ll get off your d**k.’

Jameela has criticized the Kardashians often for their promotion of the controversial weight-loss products, and her criticism only heightened earlier this year after the family spoke with The New York Times in March about how they were unbothered by it.

‘If there is work that is really easy that doesn’t take away from our kids, that’s like a huge priority, if someone was faced with the same job opportunities, I think they would maybe consider,’ Kim told the newspaper about advertising for controversial products.

‘You’re going to get backlash for almost everything so as long as you like it or believe in it or it’s worth it financially, whatever your decision may be, as long as you’re OK with that.’ 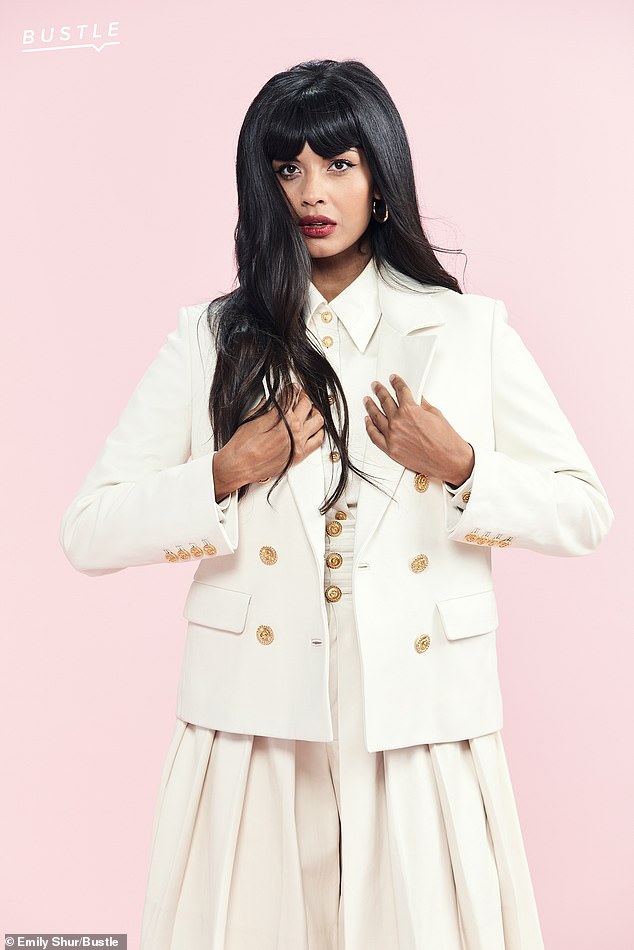 Focused: During the interview, Jameela also confessed to regretting past mistakes like calling out Beyonce and Miley Cyrus for previous performances 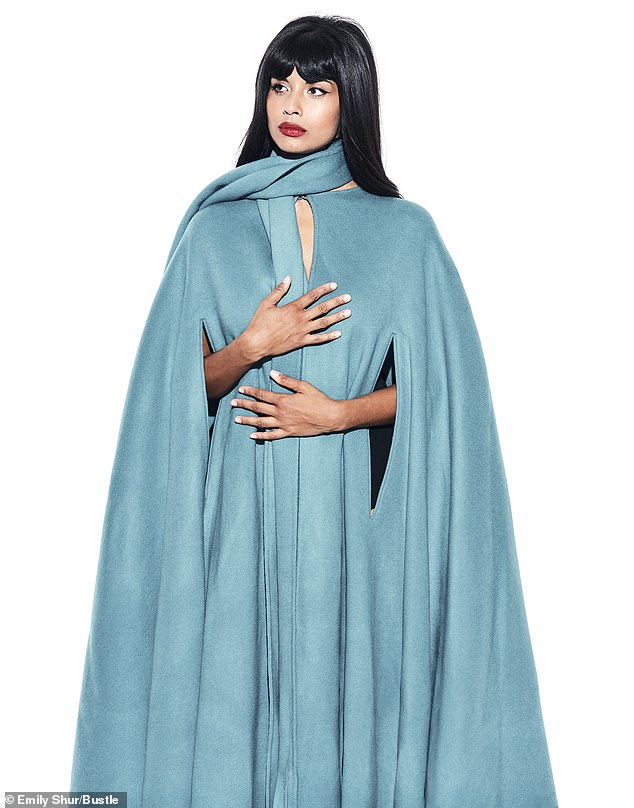 At the time, Jameela posted a series of tweets explaining her position on why the Kardashians should stop promoting products to their fans with potentially dangerous side effects.

‘Essentially, ‘f*** the young, impressionable people, or those struggling with eating disorders, we want the money,’ Jameela wrote on Sunday.

‘I have been given these same opportunities to flog this stuff, and I don’t do it, so they don’t have to. Thank you, next.’

Her response didn’t stop there, as Jameela continued: ‘Their pockets are lined with the blood and diarrhea of teenage girls…’

But it doesn’t appear like the promotional posts from the Kardashians are stopping anytime soon. Khloe, 34, is the most recent Kardashian to share a picture promoting Flat Tummy Tea, which she posted on Instagram in May.

Jameela stuck to her guns when speaking to Bustle, though, about what people should expect from her when it comes to speaking out about things she disagrees with.

‘Don’t put toxicity into the world, and I will leave you alone,’ she said.

Not afraid: Jameela’s problems with the Kardashian family heightened after they spoke to the New York Times in March

Not happy: At the time, Kim said she was not worried about Jameela’s criticism. This encouraged the actress to call out the family for lining their pockets 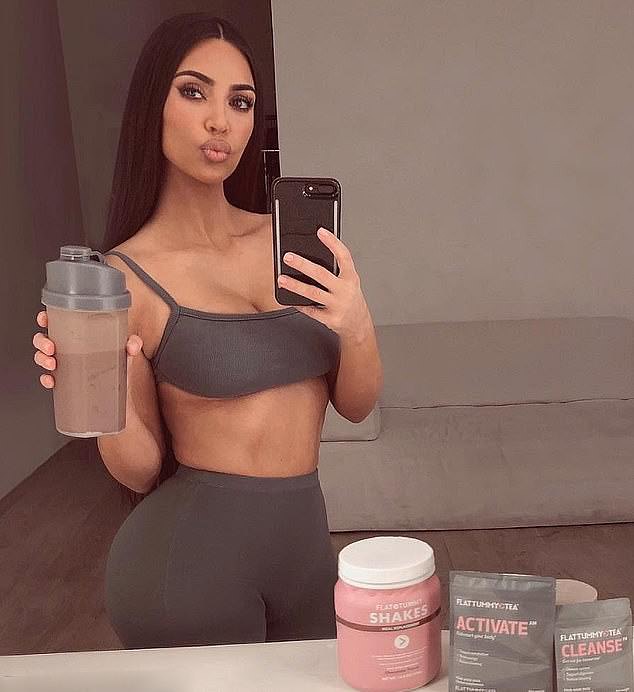 Controversial: The Kardashian family, including Kim, is known for promoting Flat Tummy Tea products on their Instagram pages

Besides speaking about the Kardashians, Jameela also answered to previously criticizing Miley Cyrus for expressing her sexuality when performing on stage in 2013, as well as attacking Beyonce for showing showing too much skin in a 2014 music video. 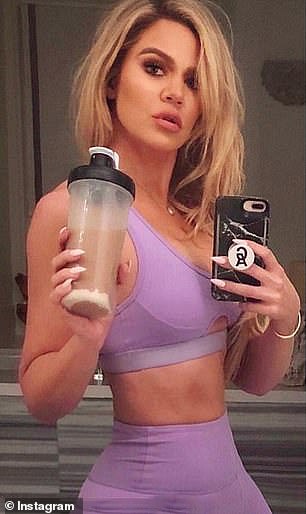 Backlash: The product promotion from the family members is controversial because of the stars’ influence on teenagers

‘I regret all the mistakes I made. I call myself a feminist-in-training,’ Jameela admitted.

‘Stuff I said when I was younger — I didn’t really have all the answers yet. I hadn’t had therapy yet. I didn’t know who I was actually angry at.’

Jameela has found motivation in calling out body shaming whenever she sees it.

She launched her I Weigh Instagram page last year to inspire people to celebrate what makes up their bodies outside of weight.

The actress has also worked with a number of organizations, such as Aerie, to promote body positivity for people of all sizes.

Motivation to take on this cause stemmed from her own work in the industry, Jameela said.

‘Being in the middle of this industry and being used as a vessel to set unrealistic standards for other women — because I was being Photoshopped, and altered, and starved — made me realize that, “Oh, my god, everything I thought was real was a lie when I was a teenager. I have to tell the other teenagers,”‘ she said.

Bustle also spoke with Taylor Swift, who commended Jameela for her fight to end ‘self-cruelty’.

‘We’re all so sick of feeling like our faces and bodies are an endless to-do list of improvements to be made,’ Taylor, 29, said. ‘In my opinion, Jameela is a much-needed crusader, fighting the war against self-cruelty.

‘I love how fearless she is in her pursuit of calling out the insidious tricks our perfection-obsessed society plays on women.

She continued: ‘Her fierceness actually provides comfort to us and a voice saying “These standards are ridiculous. Your body is enough as it is.”‘