‘Our best defence is attack’: James Anderson insists England will continue their aggressive brand of cricket despite rampant India seizing control of the fifth Test at Edgbaston

By David Coverdale For The Mail On Sunday

Jimmy Anderson insists new-look England will go on the attack again at Edgbaston today despite staring down the barrel of defeat against India.

Ben Stokes’ side trail the tourists by 332 runs with just five first-innings wickets remaining after a chastening second day of the rearranged fifth Test, which they already trail 2-1.

However, Jonny Bairstow – who has scored quick-fire back-to-back hundreds – remains at the crease for the hosts, and he has been joined by skipper Stokes after nightwatchman Jack Leach fell late on. 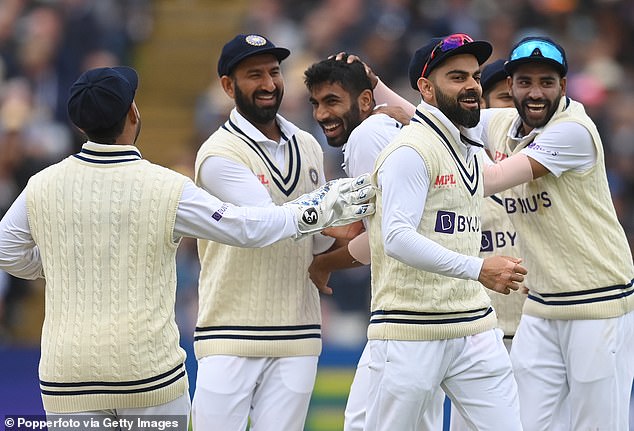 India were rampant on the second day of the Test, scoring 416 before leaving England 84-5

England’s plight is similar to their last Test against New Zealand at Headingley. Then, Bairstow and Stokes came together at 22-4, and the former went on to smash 162 as the home side surpassed the Kiwis’ first-innings total of 329 and went on to secure an easy win.

Asked whether England could continue their new aggressive tactics given the match situation, Anderson replied: ‘I’ve got a fair feeling that our best line of defence tomorrow will be attack.

‘The way Brendon (McCullum) and Stokesy have gone about the last few weeks, the way we have got ourselves out of sticky situations in the last few weeks has been by trying to put pressure back on the opposition. I don’t see tomorrow being any different. 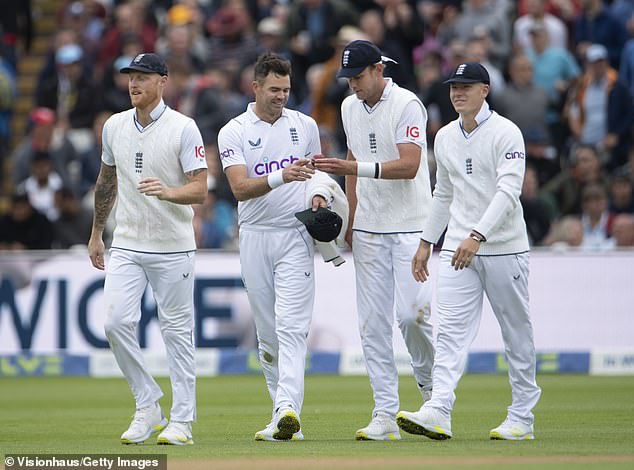 ‘Our batters are naturally aggressive. We want to score and move the game forward. That is what we will try and do. Unless we get a message otherwise, I think that will be pretty much the way we play.’

Earlier in the day, Anderson claimed his 32nd five-wicket haul but India racked up 416 as No10 Jasprit Bumrah smashed 29 runs off one Stuart Broad over, which went for a world record 35.

‘We are up against it, but we have been in this position before through this summer,’ added Anderson. ‘We have plenty of guys willing to fight and get us back into the game.’ 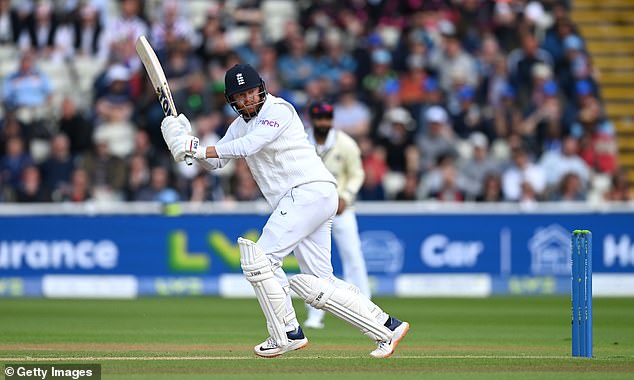