England’s old guard of James Anderson and Stuart Broad checked Pakistan’s progress with a wicket apiece before Chris Woakes struck to put the hosts in charge on the second morning of the opening Test at Old Trafford.

After Woakes and Jofra Archer made inroads on the first day, it was the wise old heads of England’s pace attack that profited initially in yet more Manchester gloom.

Pakistan hadn’t added to their overnight score of 139 when Anderson took the prized wicket of Babar Azam, whose fluent 69 from 106 balls had illuminated Wednesday’s play. 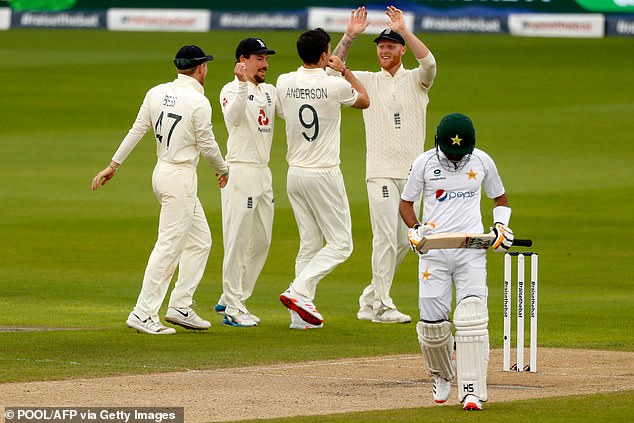 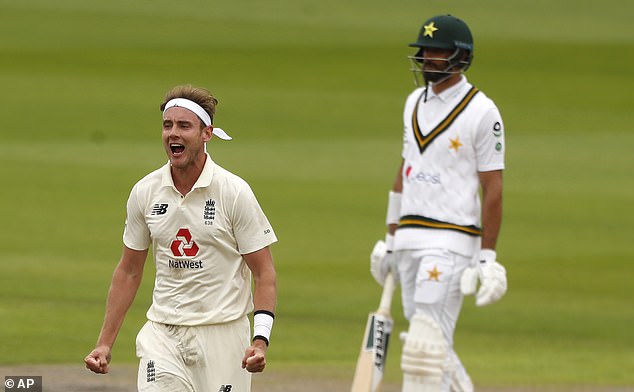 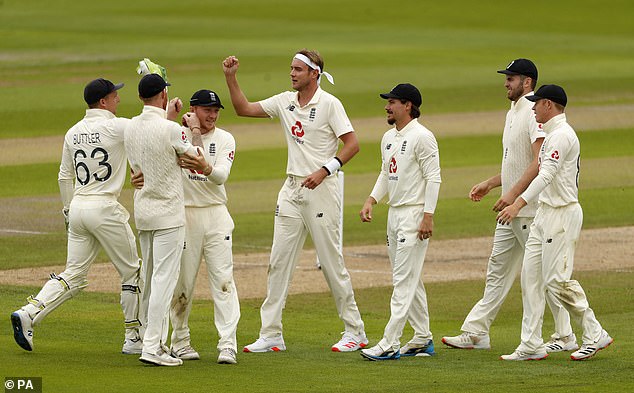 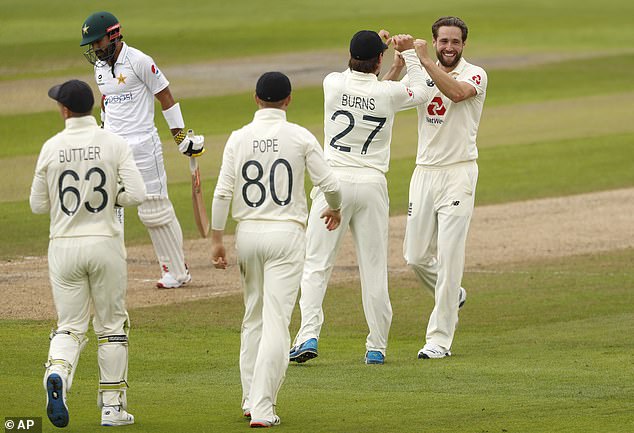 After five solid deliveries in the day’s opening over, Anderson tempted Babar into the drive with the sixth and he duly nicked to captain Joe Root, who took a waist-high catch at first slip.

Despite the pressure generated by Anderson and strike partner Broad, opener Shan Masood continued his slow and steady innings, reaching his half-century despite a few close calls near his off-stump.

But Broad wouldn’t be denied and, after a spell of just one run from 28 deliveries, a short-of-a-length ball clipped the outside edge of Asad Shafiq’s bat and was taken by Ben Stokes at second slip. 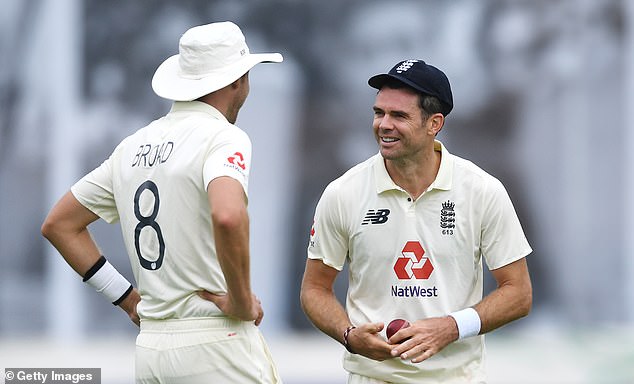 After Jofra Archer and Chris Woakes took the wickets on day one, the old guard of Broad and Anderson made further inroads on the second morning 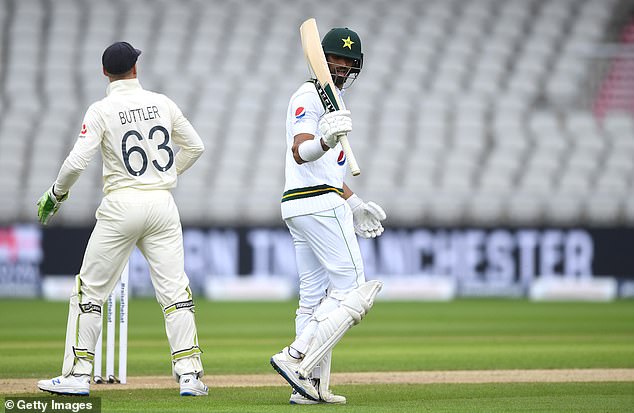 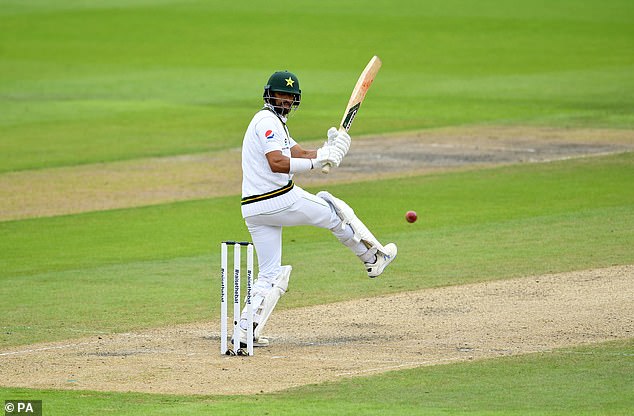 England celebrated with clenched fists with Pakistan now 150 for four but Broad was denied the scalp of Mohammad Rizwan for a duck soon afterwards.

A well-judged DRS referral showed a thin outside edge and reversed the on-field umpire’s lbw verdict.

But Rizwan wouldn’t last much longer with Pakistan struggling to bat themselves out of the intense pressure.

After making nine from 41 balls, he felt to a Woakes ball pitched outside off-stump and nicked through to Jos Buttler.

Woakes and Archer then set to work trying to prise Masood from the contest but he was holding firm at lunch on 77 from 225 balls with Pakistan 187 for five. 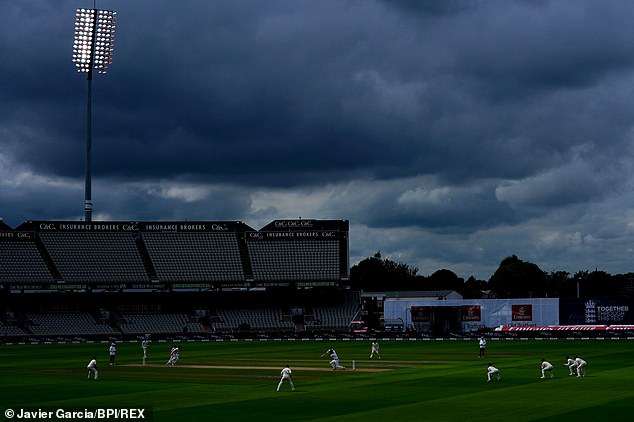 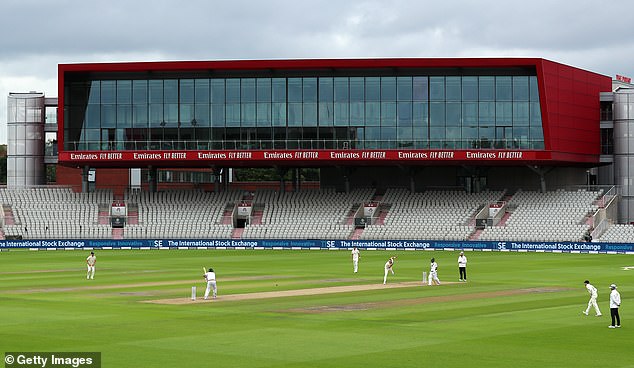