By Millie Payne and Niomi Harris For Mailonline

James Argent continued to show off his slimmed-down figure on Friday as he hit the beach by Marbella Club Hotel.

The former TOWIE star, 33, underwent life-saving gastric sleeve surgery earlier this year and has lost a staggering 9.5st since the operation.

James, who has been open about his confidence battle posing shirtless in previous years, looked like a different man as he beamed for the camera while relaxing on a sun bed.

Impressive: James Argent continued to proudly show off his 9.5st weight loss on Instagram on Friday

Looking confident, the former TOWIE star was clearly making the most of his getaway as he paraded his trim figure in the sea, which he stood in up to his waist.

Sheltered by a pier, Arg sported bright swim shorts, which were just about visible from the snaps he shared with his over 800,000 followers.

Doctors had ordered James to ‘lose weight or die’ after he weighed in at 27 stone. 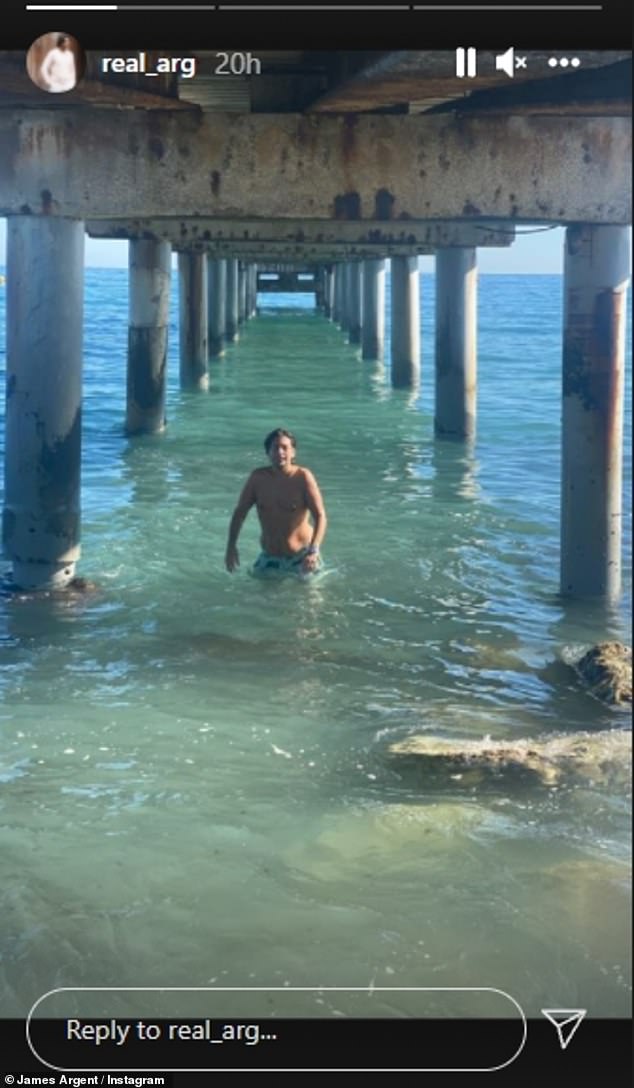 Holidaying: The 33-year-old showed his slimmed-down figure as he took a dip in the waters by Marbella Club Hotel 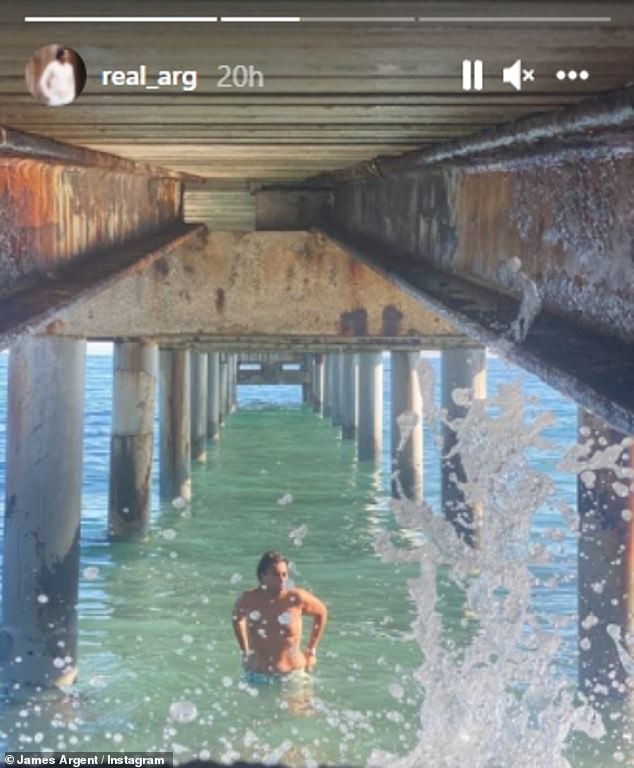 Making a splash: Sheltered by a pier, Arg sported bright swim shorts, which were just about visible from the snaps he shared with his over 800,000 followers

James penned on Instagram earlier this year: ‘Back on solid foods. I’m Delighted with the results, 5 1/2 Stone weight loss so far! Thanks to the team @wearetransform who have been guiding me on the how to integrate solids back into my diet.

‘I’m aiming to stick to nutritionally packed foods as part of a well balanced diet to help me reach my weight loss goals.’

In June, the reality star appeared on Steph’s Packed Lunch where he talked about his weight loss journey.

Making a change: Doctors had ordered James to ‘lose weight or die’ after he weighed in at 27 stone [pictured right 2019]

The television personality has been working hard on losing weight by upping his fitness and is training for two charity swims.

He explained: ‘It felt horrible, I was always extremely uncomfortable, I couldn’t look at myself in the mirror.

‘It felt depressing and it just wasn’t me. Now I’m starting to feel like myself again and I’m excited about what the future is going to bring.’

The reality star went on: ‘It was scary being 27 stone… It was serious, doctors were telling me how dangerous it was… I knew it was something I had to address pretty quickly.’

He reached 27st during lockdown and previously said he wanted to lose a total of 10st but now wants to shed 15st, more than half his previous body weight. 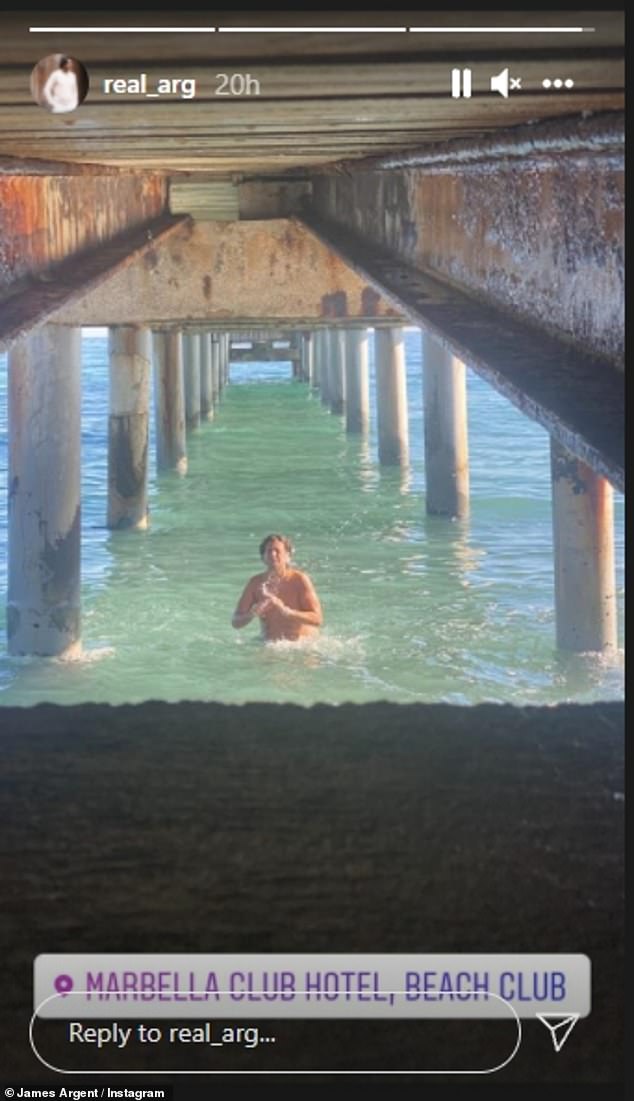 Working hard: James reached 27st during lockdown and previously said he wanted to lose a total of 10st but now wants to shed 15st, more than half his previous body weight

James reportedly hoped to ‘lose at least a stone every month between now and 2022’ and has enlisted the help of close friend and fitness fanatic Mark Wright.

Mark, 34, has told James ‘he can join him over the gym anytime he likes’.

A source told The Sun: ‘It’s a lot but he’s determined to do it because he is feeling so much healthier following his operation. He’s been getting a lot of support from Mark.’

The paper added that James has thrown out all of his size XXL clothing in a bid to keep himself motivated on his weight loss journey.

A pal told the paper: ‘James has never felt better in his life and the weight has dropped off far more quickly than he ever expected. It’s made him realise he can lose even more weight so he plans to just go for it.

‘The only downside is he is having to buy a whole new wardrobe. But he’s binning those items he no longer wears or which drown him so he’s not tempted to pile back on the pounds. James is making a change for life.’

The reality star’s next ambition is to swim the English channel and he also has hopes of running a marathon. 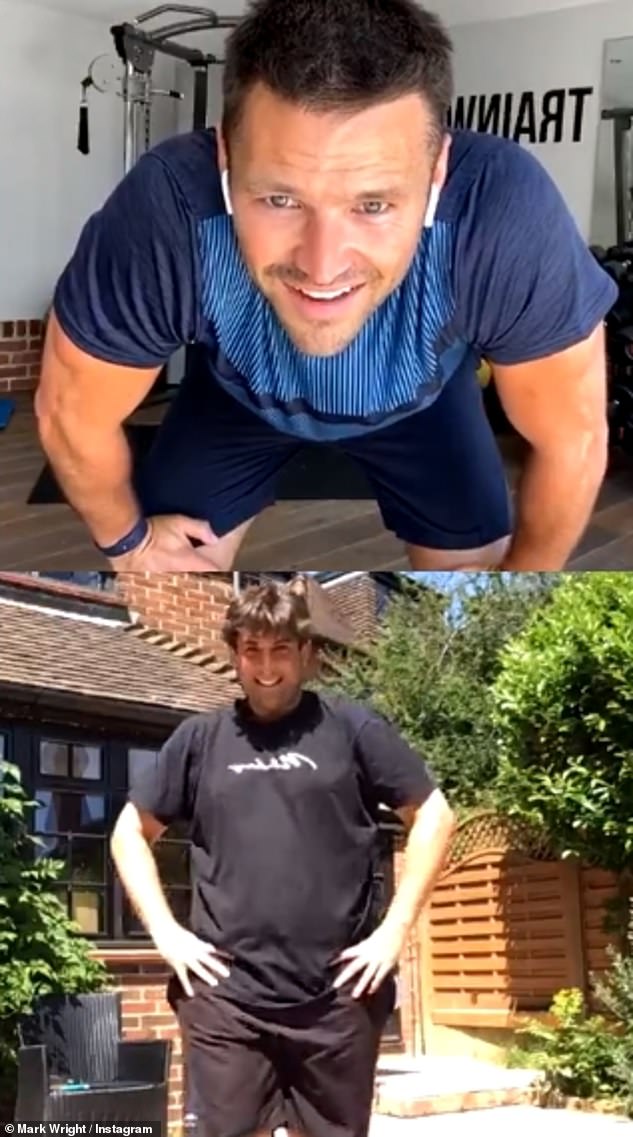 Working out: James has enlisted the help of close friend and fitness fanatic Mark Wright and the pair have taken part in online workouts together