James ‘Arg’ Argent has set a new weight loss goal for himself, joking to friends he plans to be ‘half the man he used to be’.

The former TOWIE star, 31, reached 27st during lockdown and previously said he wanted to lose 10st but now wants to shed 15st, more than half his body weight.

According to The Sun, James has thrown out all of his size XXL clothing in a bid to keep himself motivated on his weight loss journey.

Health: James ‘Arg’ Argent has set a new weight loss goal for himself, joking to friends he plans to be ‘half the man he used to be’ (pictured in May)

A pal told the paper: ‘James has never felt better in his life and the weight has dropped off far more quickly than he ever expected. It’s made him realise he can lose even more weight so he plans to just go for it.

‘The only downside is he is having to buy a whole new wardrobe. But he’s binning those items he no longer wears or which drown him so he’s not tempted to pile back on the pounds. James is making a change for life.’

James, who underwent gastric sleeve surgery, was previously said to be ‘terrified’ to leave the house as he was ashamed of how he looked but has already lost an impressive six stone.

The reality star’s next ambition is to swim the English channel and he also has hopes of running a marathon. 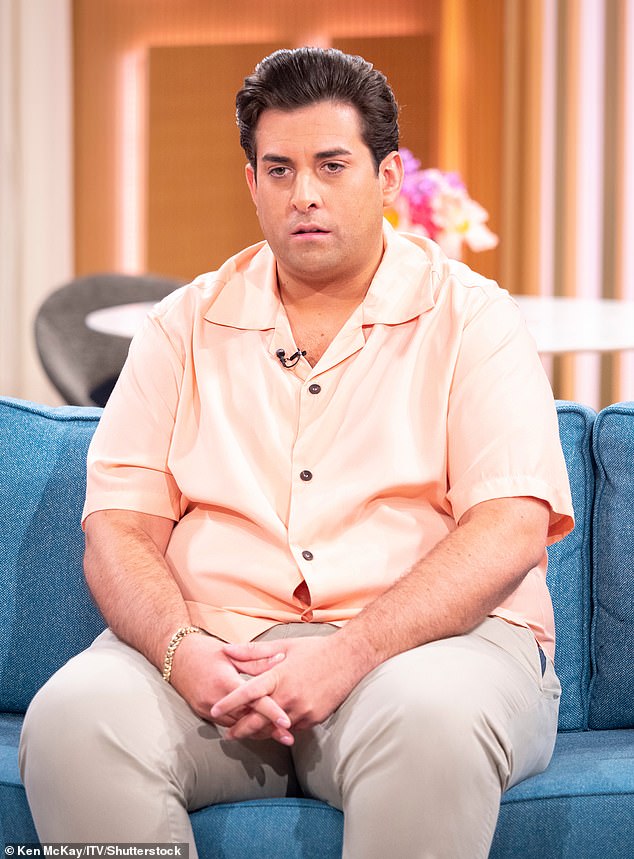 Goal: The former TOWIE star, 31, reached 27st during lockdown and previously said he wanted to lose 10st but now wants to shed 15st, more than half his body weight (pictured in 2019)

Arg previously spoke about his struggles with his weight during lockdown during an appearance on Channel 4’s Steph’s Packed Lunch.

He said: ‘It felt horrible, I was always extremely uncomfortable, I couldn’t look at myself in the mirror.

‘It felt depressing and it just wasn’t me. Now I’m starting to feel like myself again and I’m excited about what the future is going to bring.

‘It was scary being 27 stone… It was serious, doctors were telling me how dangerous it was… I knew it was something I had to address pretty quickly.’

‘I’m four stone lighter now. It’s a really good start. Four stone out of 11 or 12 might seem like a drop in the ocean but I’m pleased I’ve made progress already.

Making changes: James recently underwent gastric sleeve surgery after his weight rose to nearly 27 stone and he has already shed more than four stone (seen left in 2019, right in May)

‘I feel so much happier already, I feel healthier already, I’m lighter on my toes, I’m more confident. I’m really loving life at the moment.’

He also hailed his gastric band operation as ‘the best thing I’ve ever done’.

Arg also said he sometimes worried about having his picture taken when he left the house.

He said: ‘It can be a lot of pressure… There were times when I was at my biggest I did feel uncomfortable about leaving the house and sometimes I’d wait until it was dark before leaving the house because I’d be conscious about having pictures taken of me…’

‘Now I’m in a place where I’m on this journey, I’m losing weight gradually and accepting the way I look now.’ 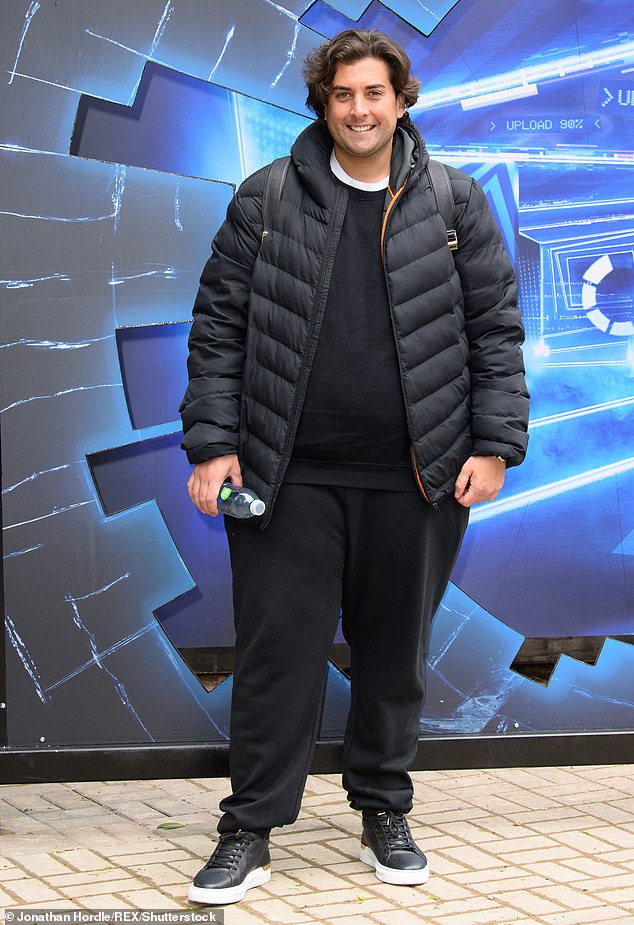 Motivation: James has thrown out all of his size XXL clothing in a bid to keep himself motivated on his weight loss journey (pictured in May)

He explained: ‘With Arg it’s all about motivation, just keeping him motivated, just giving him compliments and telling him that he can do it.

‘We’ve trained together a couple of times and just changing his lifestyle really. Making sure he gets up and getting the workout done first thing because otherwise he won’t.

‘Just going through the motions and helping him live how I live. Dieting and eating the right foods and letting him know that he doesn’t have to eat the bad foods that sometimes he chooses.

‘He’s doing really, really well and I think within a few months we’re going to see a really huge change in him. He’s going to look the best he’s ever looked.

‘He’s doing very well, exceptionally well, I’m so, so proud of him.’ 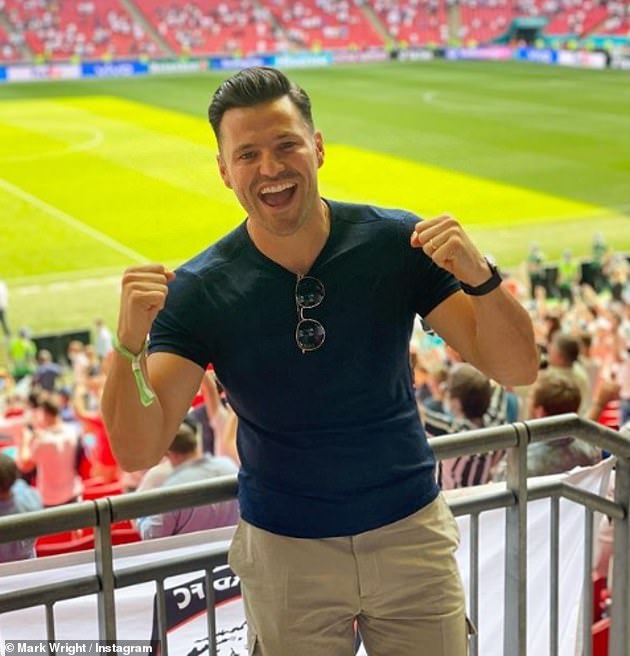