An alleged drug importer tied to the discovery of a dead diver near a $20million cocaine haul in Newcastle has been formally refused bail.

James Lake Blee appeared at Parramatta Local Court via video link on Saturday morning after being extradited from Queensland overnight.

The 62-year-old donned a tropical shirt with turtles on it during his appearance.

He was arrested on Wednesday allegedly trying to flee Australia for Singapore.

Blee’s lawyers made no application for bail and his case has been adjourned for Friday at Central Local Court. He was formally refused bail.

Blee is a super-yacht tour operator in Cairns where he runs North Queensland Superyacht Marine and Tours. 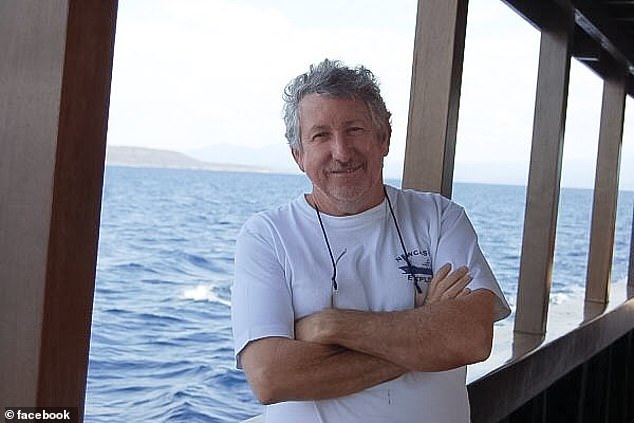 His arrest comes as NSW Police released CCTV images of two people wanted in relation to the death of the diver found near bricks of cocaine at Newcastle port.

Police said on Friday the pair had entered the country illegally via ship.

One is a man described as South American in appearance, 178cm tall and of athletic build.

The other is a woman, described as thin, tanned, about 150 to 160cm tall and with blonde or grey hair.

Police on Tuesday revealed the diver – identified as a foreign national – was found unconscious in the water at the Port of Newcastle and was unable to be revived. 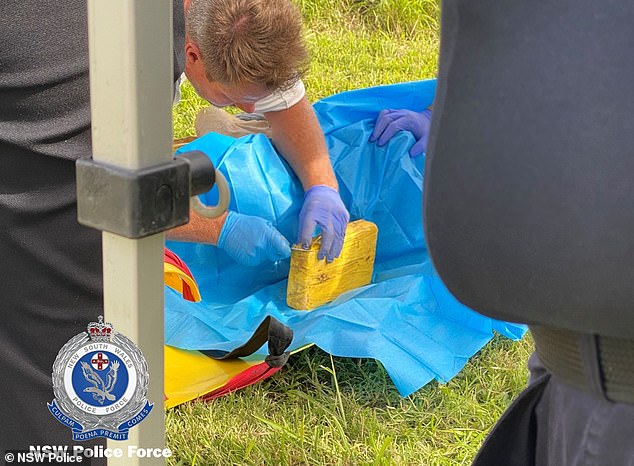 Port workers located the dying diver floating in Newcastle harbour at 9.30am on Monday, surrounded by yellow parcels containing 54kg of cocaine 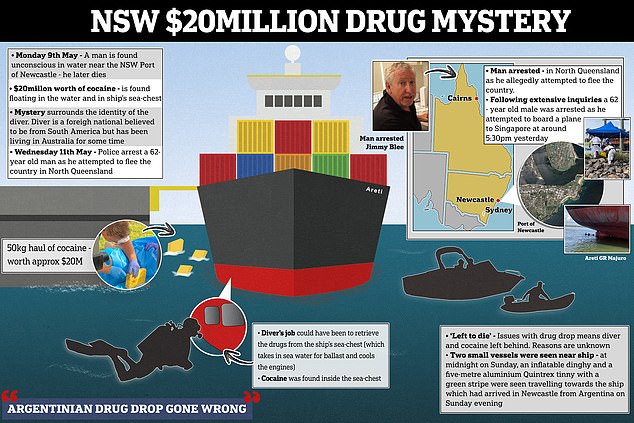 The drug hail and how the diver was killed were revealed. James Lake Blee allegedly attempted to flee Australia to Singapore

He was found near 54 kilograms of cocaine and it is believed he was trying to retrieve the drugs.

He had sophisticated equipment, including a ‘rebreather’ apparatus that allows the user to breathe underwater without any telltale bubbles rising to the surface.

The police investigation into the diver, which includes federal and immigration authorities, is now also working with foreign officials.