‘He was completely wired’: James Brayshaw’s son ‘is sent to rehab after punching and threatening to glass and stab a millionaire real estate boss during drug-fuelled rampage’

The son of sports commentator James Brayshaw has reportedly been sent to rehab following an alleged drug-fuelled rampage at a New Year’s Eve party.

‘He was completely wired up on drugs,’ one partygoer told the The Herald Sun.

‘It was a very harrowing experience for the females in the house.’

Mr Brayshaw allegedly assaulted Mr Fox, punching him in the face and threatening to glass him with a bottle.

Henry, 21 (left), is believed to be seeking treatment at a drug rehabilitation facility following a violent end of year celebration 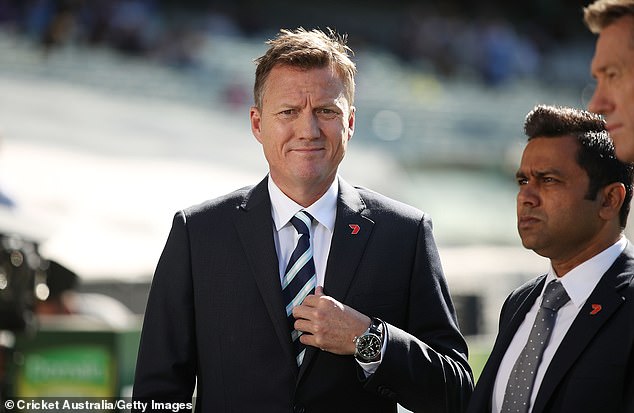 In video footage, Mr Brayshaw calls Mr Fox a ‘fat bastard’ after being told to leave the party at 5am on January 1.

The 21-year-old also pulled out a garden light and threw it on the ground.

Mr Brayshaw appears to be wearing the same pink T-shirt and salmon-coloured shorts he was pictured in on social media on December 31.

Mr Fox races after his alleged attacker, but Mr Brayshaw escapes him.

The footage is allegedly only one of eight incidents, during which Mr Fox asked the guest to leave his property.

In another incident, Mr Brayshaw allegedly tore a windscreen wiper off a parked car on the street.

He then allegedly used the attachment to threaten to stab Mr Fox. 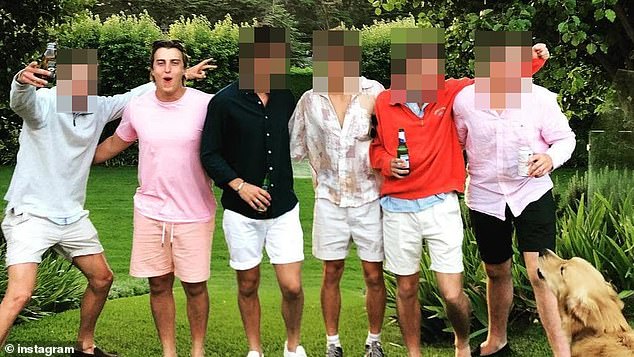 He is alleged to have been carrying magic mushrooms, and will front Frankston Magistrates Court on May 15.

He has reportedly been admitted to rehab, according to the Herald Sun.

Henry Brayshaw is the son of James, a retired Australian cricketer, 57, who now works in the media on television and radio.

He used to host The Footy Show on Channel Nine before switching to Channel Seven where he is one of the main cricket presenters.

His nephews Angus, Andrew and Hamish Brayshaw are all AFL players at Melbourne, Fremantle and West Coast respectively.

Henry (left) allegedly assaulted the host, punched him in the face and threatened to glass him with a bottle