He died in 2006 of heart failure, after recording decades’ worth of pathbreaking R&B and funk music.

Now James Brown’s fourth wife Tomi Rae Brown is accusing those close to the Papa’s Got A Brand New Bag singer of providing him with dangerous drugs and murdering him, according to the Mirror.

The 50-year-old London-based singer is now calling for a police investigation into her late husband’s final days.

Dark allegations: James Brown’s fourth wife Tomi Rae Brown, 50, is accusing those close to the singer of providing him with dangerous drugs and murdering him, according to the Mirror; pictured in 2006

Tomi Rae alleges that her former husband was being supplied with cocaine leading up to his death on Christmas Day, 2006.

Though the cause of death was attributed to heart failure, no autopsy was performed on his body after his daughter Yamma Brown Lumar declined to have one.

‘I think he could have been murdered. They were feeding him drugs and not paying him. You don’t give somebody drugs when you are looking out for them,’ said Tomi Rae.

‘It was crack cocaine and Phencyclidine. Everywhere I looked there was this stuff. I’d throw it away and more would come,’ she continued. 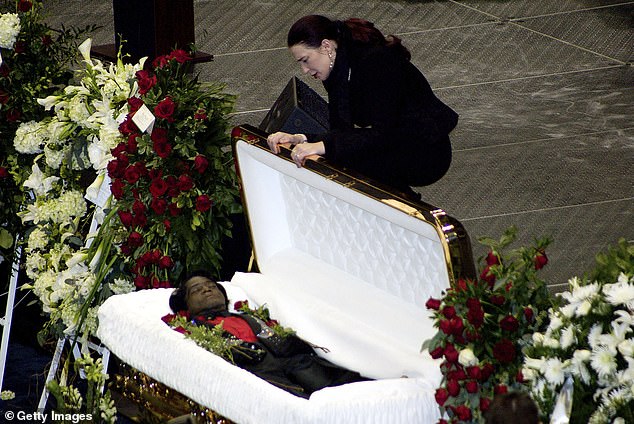 Recipe for disaster: Tomi Rae says James was supplied with cocaine prior to his Christmas Day, 2006, death

‘He would be on the phone: “Bring me my green suit. Bring me my brown suit.” And the suit would have something in the pockets.

‘People gave it to him. He was never into drugs until he got to his 40s. He was into education, stopping the race war.’

Brown famously instituted an anti-drug policy with his band members in the early decades of his career, and even fired future Parliament–Funkadelic mainstays Bootsy Collins and Catfish Collins for taking LSD during a 1971 concert.

‘But then some people around him gave him this stuff. I’d say, “James you’re an old man, this is not going to help you,’ continued Tomi Rae.

‘When I was there I would keep him away from that. We would dance, make love, go for rides, do whatever we had to do. He had so much energy, more than I had.’ 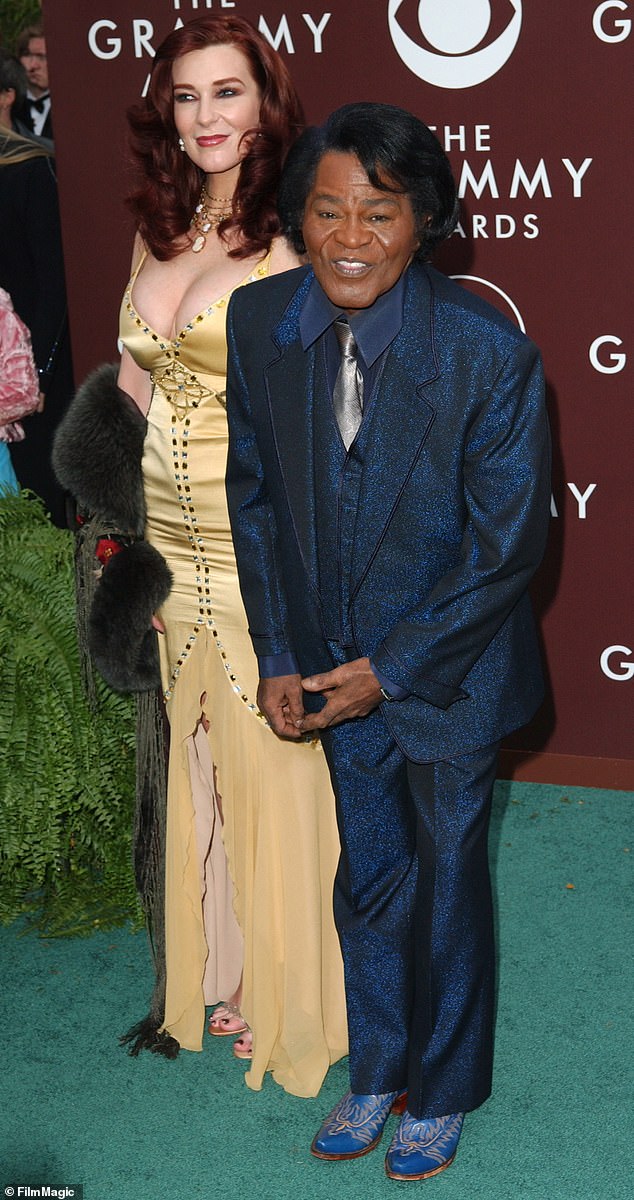 No closure: Brown, once famously anti-drug, never received an autopsy as his family decided to immediately mummify the body amid a battle over his estate; pictured in 2005

However, there wasn’t a definitive way to examine her claims about his health without the autopsy.

In a macabre twist, the singer was instead mummified. His former chauffeur William Murrell told The Guardian in 2014 that Brown’s body underwent the ancient preservation procedure to prevent it from decaying.

He claimed the process cost $140,000 and may have had something to with Brown’s many children being unable to agree on burial details.

According to him, the corpse was still being kept in his daughter Deanna Brown Thomas’ home, though the body was originally buried in a crypt on her South Carolina property in 2007, in a service led by the Reverend Al Sharpton.

The service happened amid a fight over the singer’s estate by his children.

Brown’s legs were later removed from the cadaver to facilitate DNA tests. Though he had at least nine acknowledged children, multiple other people were believed to be related to be his children. 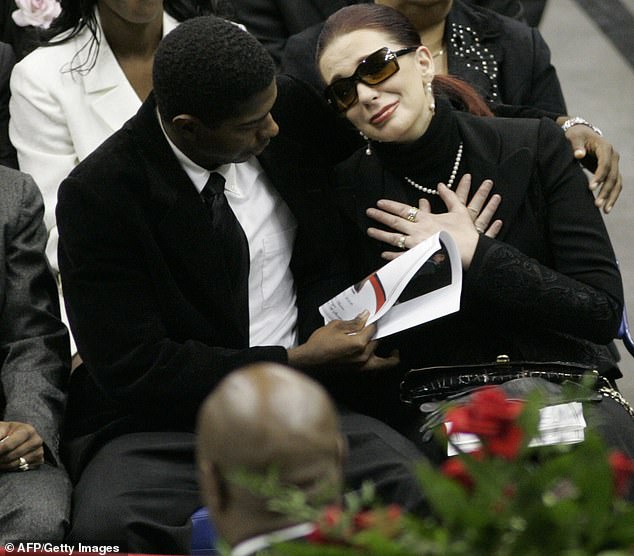 A new leaf: On the morning of his death, ‘James said he wanted to move to NYC and start a new life to get away from the South,’ said Tomi Rae

On the morning of his death, ‘James said he wanted to move to NYC and start a new life to get away from the South,’ said Tomi Rae. ‘He just wanted to do corporate gigs.

‘He told me he told [manager] David Cannon. And then he was dead in 24 hours.’

At the time of his death she was in a rehab facility in Miami, but when she flew back to their mansion in Augusta, Georgia, the locks had been changed.

She says her suspicions after Cannon, who died in 2018, was sentenced to three years of home confinement in 2011 for embezzling from the singer. 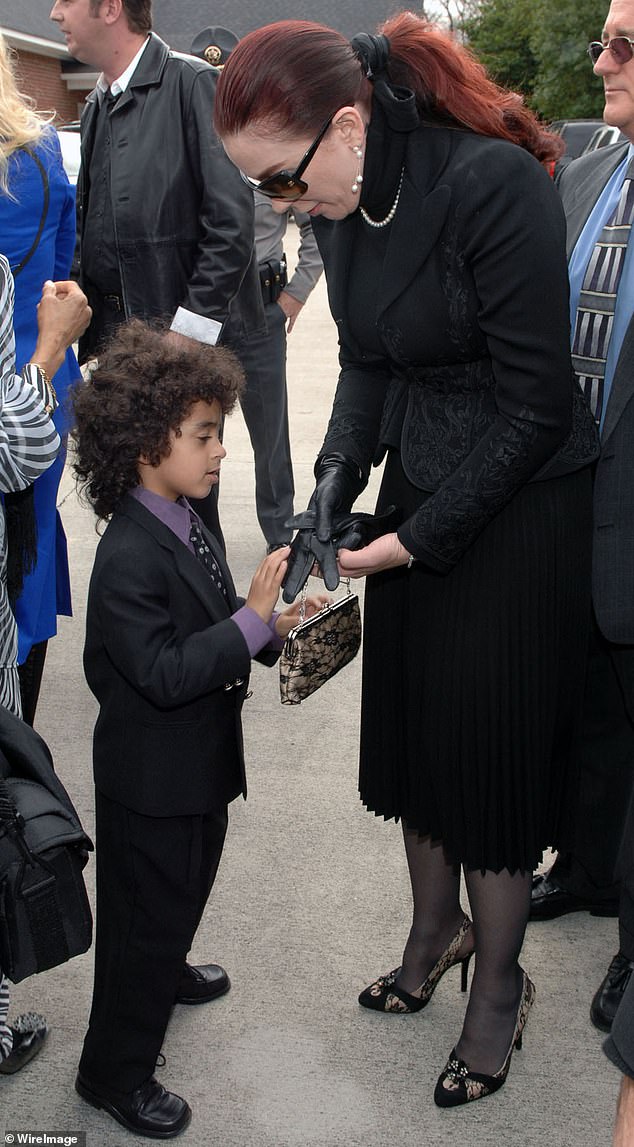 Cut off: Since her husband’s death, Tomi Rae has been cast aside by the rest of Brown’s family; with James Brown II (L)

Since her husband’s death, Tomi Rae has been cast aside by the rest of Brown’s family.

She was kicked out of their mansion after they claimed her marriage was fraudulent, though a judge declared it was legal in 2018.

The couple originally met in the mid-1990s when she worked as a Janis Joplin impersonator in Las Vegas. They welcomed a son, James Brown II, in 2001.

Their relationship was notoriously complicated, and Brown took out a full-page notice in Variety in 2003 to announce a separation from Tomi Rae.

So far, nine of Brown’s children have alleged that she ’embarked on a series of duplicitous business machinations calculated to deprive Brown’s children of their rightful interests in Brown’s music under the Copyright Act.’ 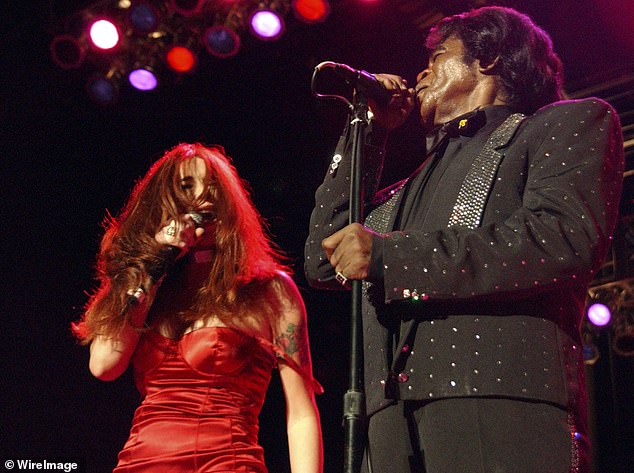 Shut out: The former Janis Joplin impersonator was locked out of the mansion she and Brown shared immediately after his death, and his children kept her from accessing his fortune

‘I held this man when he had cancer, for 10 years I put up with some heavy duty, not so fun hard stuff, helping his children when he told me not to. Then they betrayed me — and their little brother,’ she said.

After being cut-off from Brown’s estate by his children, she had to rely on a donation from disgraced pop star Michael Jackson to keep her afloat.

‘Michael was so nice to me. He was a sweetheart. He said “I’m so sorry what they are doing to you.”‘ 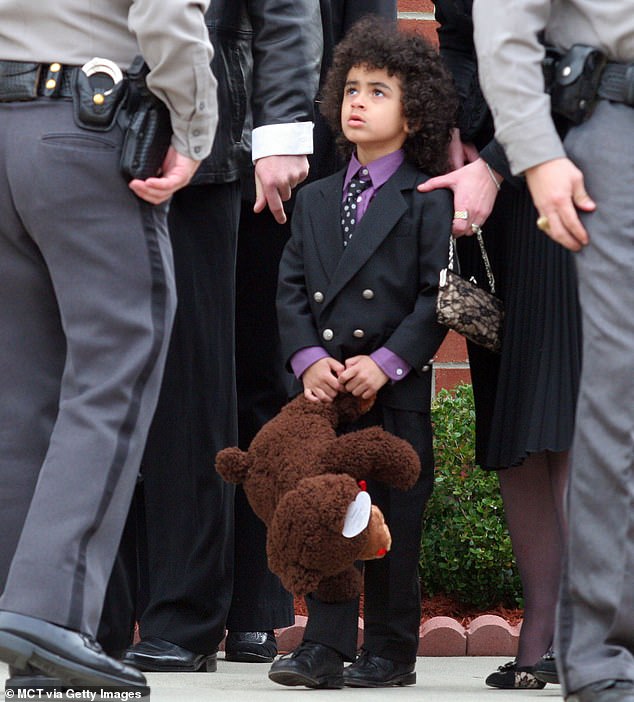 Tomi Rae and her son, James Brown II, had to rely on charity from Michael Jackson plus loans from investors looking to recoup their money once she is given access to the estate; James Brown II pictured in 2006

Since then, she’s been surviving on loans from investors expecting her to pay them back once she wins access to her late husband’s estate.

‘Just let this end. I can’t do it any more. I’m tired. [The family] keep[s] coming, they are rabid and I don’t know why. I have never fought for anything except to be my husband’s wife,’ she confessed.

‘I just want to bury him, get him off his current resting place — last place he wants to be. I hold out an olive branch and I forgive them. I know how hard it was to be a family member of James.’