James Bulger’s mother has spoken of her revulsion at hearing her son’s killer speak for the first time in a quarter of a century.

Denise Fergus was in court in February this year as Jon Venables – who now lives under a new identity – was convicted of possessing indecent images of children for a second time and jailed for three years and four months.

Venables and Robert Thompson were both 10 when they kidnapped, tortured and murdered two-year-old James in Liverpool 25 years ago.

The twisted pair led James from the Metro shopping centre in Merseyside to a train track where they tortured him for hours before leaving him for dead.

Venables was jailed for 40 months at the Old Bailey in February for hoarding child abuse images.

Despite the court saying he continues to pose a ‘lifelong risk’ and presents a ‘high risk of serious harm to children’ the 35-year-old could be freed in just 20 months.

In an updated version of her memoir I Let Him Go, Ms Fergus recalls the moment she learnt Venables was facing a trail.

She wrote: ‘I couldn’t believe it – after 25 years, was I really about to face my son’s killer?

‘Deep down I knew it wouldn’t happen – how could I ever be allowed in the same room as him?’ 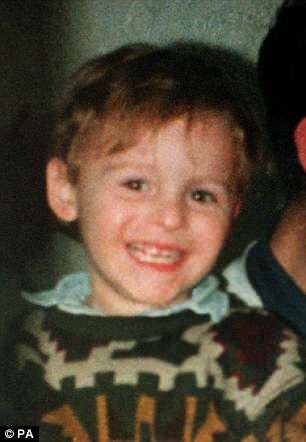 James Bulger was kidnapped, tortured and killed by Venables and Robert Thompson, who was also ten, in February 1993

But when it came to it, Venables addressed the court via video link.

Ms Fergus wrote: ‘Hearing his voice ringing out around the court made me feel sick to my stomach.

‘In my opinion, it was yet another example of the system protecting him at all costs and putting his comfort first – of course he didn’t want to face me; that didn’t mean he shouldn’t have to.’

The 35-year-old could be freed in just 20 months even though the court heard that while supposedly under the supervision of probation and police he downloaded 1,170 images and videos of youngsters being sexually abused.

The killer also admitted owning a sick paedophile manual which contained instructions on how to ‘have sex with little girls’.

Ms Fergus first published her memoir at the end of last year.

The new chapter is in the paperback version that is released on Thursday.

She described the book as an attempt to change how her son is remembered and to ‘bring him back to life’. 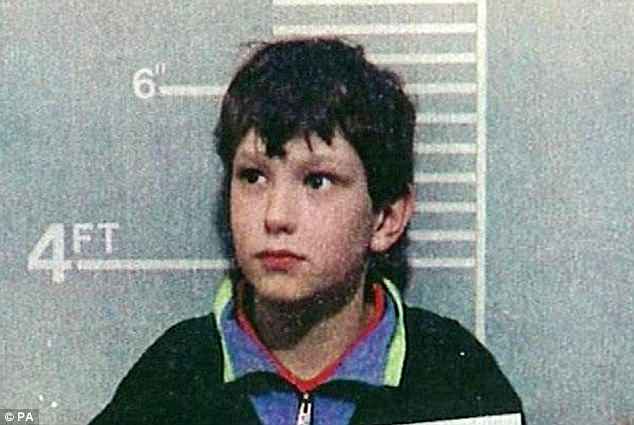 It was the second time Venables has been caught with child abuse images. In 2010, he pleaded guilty at the same court to charges of downloading and distributing child pornography and was jailed for two years