Have you ever been to Barry Island? James Corden goes from Gavin & Stacey to former First Lady as he dines with Hillary Clinton at the Met Gala

The comparatively humble pleasures of Barry Island were a distant memory on Monday evening as James Corden rubbed shoulders with America’s former First Lady at the Met Gala.

The Gavin & Stacey co-creator – a household name in the US thanks to his nightly presenting role on The Late Late Show – was joined by Hillary Clinton as they occupied a table at the New York event.

What could have been a potentially awkward seating plan was saved by Corden’s past association with Clinton – a former guest on his CBS show.

The presenter, 43, had previously interviewed Clinton during her doomed 2016 presidential race, while also engaging the politician and her daughter Chelsea in a political skit at the expense of one-term President Donald Trump.

He was joined by glamorous wife Julia at the event on Monday evening, while genial actor Ryan Reynolds also found himself seated at the same table.

Corden’s outing comes after it emerged last week he was quitting The Late Late Show in the US at the end of season eight despite the best efforts of CBS executives. 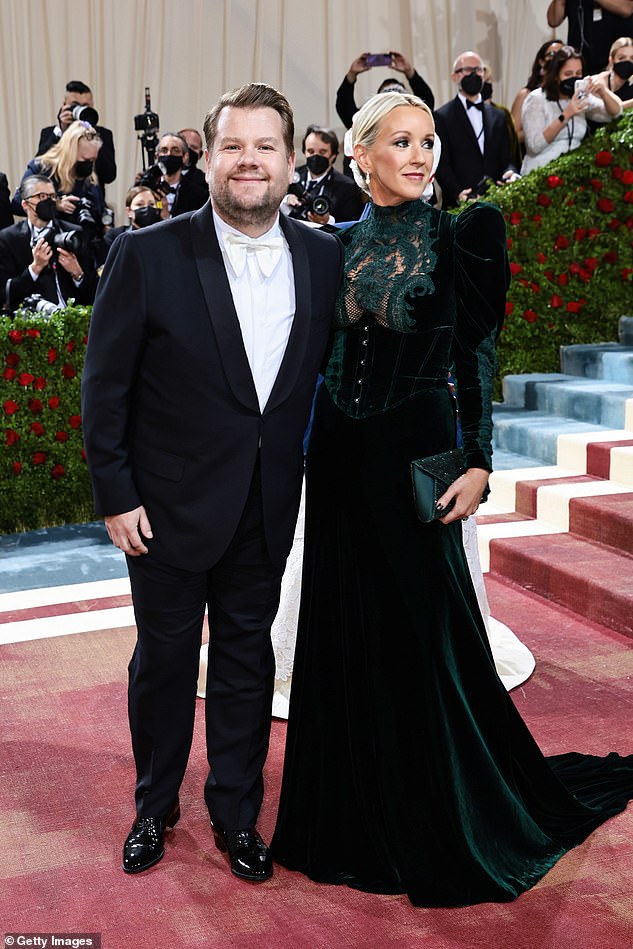 In style: James looked dapper figure as he stepped out with his television producer wife Julia at the Met Gala, held at New York City’s Metropolitan Museum of Art on Monday evening