James Gargasoulas, who went on a rampage through Melbourne’s Bourke Street and mowed down pedestrians, has been found guilty of murdering six people and endangering the life of 27 others.

A Supreme Court jury took just over an hour to find the 28-year-old, who admitted killing six people in the rampage on January 20 last year, guilty of all charges.

Despite admitting his actions driving through the busy pedestrian mall and along footpaths caused death and injury, he pleaded not guilty to six charges of murder and 27 of reckless conduct endangering life.

Families of the victims welcomed the verdict.

‘Today, the jury formally recognised that on 20 January, 2017, James Gargasoulas murdered six innocent people and recklessly endangered the lives of 27 others,’ according to a statement from lawyer Genna Angelowitsch, who represents the families of five victims.

‘His callous actions on that day shattered the lives of the family and friends whose loved ones he stole.

‘The families of the victims are grateful to all those whose hard work secured today’s outcome, and for the ongoing support they have received during this difficult time.

‘They appreciate the continued respect of their privacy as they prepare for the sentencing process,’ said the lawyer, who represents the families of victims Zachary Bryant, Jess Mudie, Matthew Si, Bhavita Patel and Yosuke Kanno.

During the trial, Director of Public Prosecutions Kerri Judd QC told jurors it was ‘the clearest case of criminal liability that you will ever come across’. 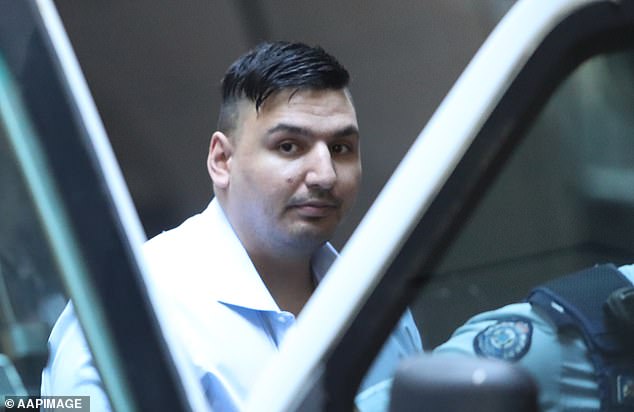 A Victorian Supreme Court jury took just over an hour to find Gargasoulas (pictured), who admitted killing six people in the rampage on January 20 last year, guilty of all charges

The defence did not challenge the prosecution case, and Gargasoulas took the witness stand to offer an ‘explanation’ in which he said he was sorry for his actions.

Gargasoulas told the court on Monday he hadn’t intended for anyone to die, but understood that ‘in a sense, yes’ he knew when he was doing it that was the probable outcome.

‘I apologise from my heart but that’s not going to fix anything … neither will a lengthy sentence fix what I done,’ he said.

He claimed he had a premonition half an hour before the Bourke St attack giving him permission to run people down in order to evade police, but that he didn’t have permission to kill anyone.

Earlier jurors flinched and gasped as confronting and graphic footage of pedestrians being struck on January 20 last year was played close to three dozen times.