‘He is fully committed to the squad’: James McArthur insists Wilfried Zaha is focused on Crystal Palace after seeing hopes of a move away collapse

James McArthur claims Wilfried Zaha is ‘fully committed’ to Crystal Palace despite missing out on move away from Selhurst Park.

Zaha was looking for a fresh challenge this summer after revealing he wanted to play Champions League football and the likes of Arsenal and Everton showed heavy interest in his services.

The Ivory Coast international even handed in a transfer request to try and get his dream move but it failed to materialise with Palace standing firm over their £80million valuation.

He received a hero’s reception from the Palace faithful as he came onto the pitch after being named as a substitute in their opening Premier League game against Everton at Selhurst Park on Saturday.

And McArthur has since spoken, claiming that Zaha has shown the perfect attitude since returning to the fold.

‘It is part and parcel of football now,’ McArthur told the Evening Standard of Zaha’s situation. ‘At the time he felt that he wanted to go but I must say his attitude has been amazing since he has come back.

‘He has accepted it and is fully committed to the squad, the team and the fans — look at the reception [they gave him], they appreciate everything he has done for this club. He is a brilliant lad.

‘Keeping Wilf was massive for the club, the signings we have made are going to aid the squad, too, and make us much stronger. I think it has been a great window, the club have done great business which should help us push on.’ 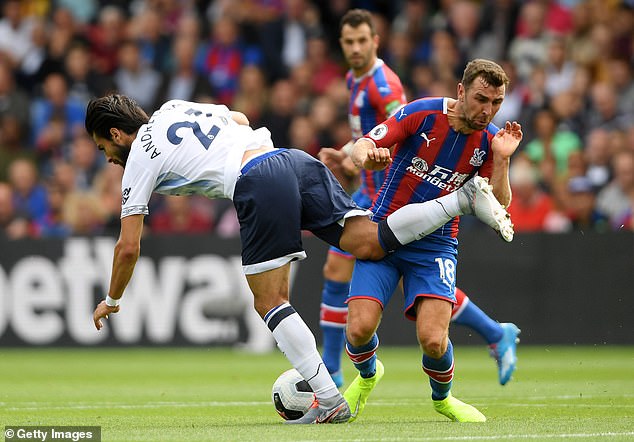