‘Guess who was ahead of me on the tee?’: James Milner reveals he ran into Gareth Bale on the golf course a week after the Welshman had inspired Real Madrid’s Champions League final victory over Liverpool

James Milner has hilariously revealed that he had an awkward interaction with Gareth Bale following Liverpool’s Champions League final defeat to Real Madrid in 2018.

Discussing his career in the latest episode of BT Sport’s ‘What I Wore’, Milner was reminded of Bale’s match-winning display against his side.

Bale scored twice to deny the Reds a sixth European Cup, the first of those goals a stunning bicycle kick.

‘You hate this guy’?’, Milner was asked by the host as he was presented with Bale’s shirt from that season.

‘Haha, I don’t hate him no,’ the Englishman responded. ‘There’s some bad memories in there obviously.

‘The worst part about it was I went away to Spain just after this to get away from it and his buggy was parked in front of mine on the tee. I couldn’t even get away from him a week later. 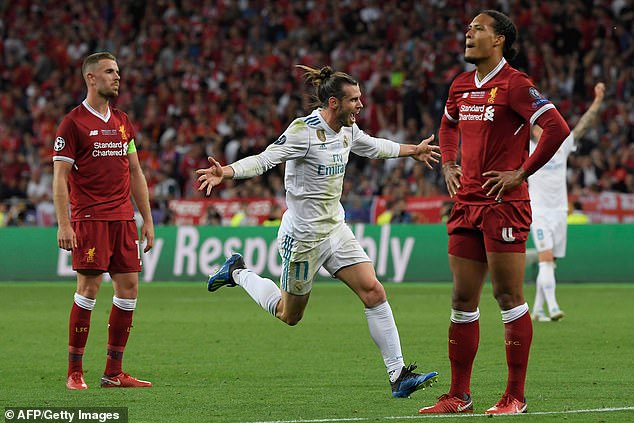 ‘The goal was incredible. In any game it’s good but to change a game in a Champions League final like it did… sometimes you’ve just got to give it some respect.’

‘Playing in a Champions League final is always special,’ he said. ‘It was made more special by what happened the year before obviously, losing. 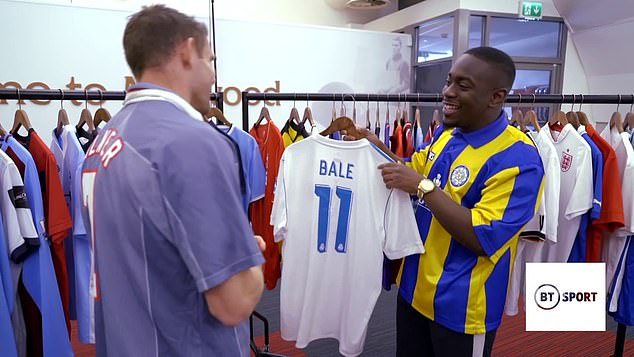 Milner was presented with a replica of the shirt Bale wore that night in Kiev, Ukraine

‘Getting 97 points in the Premier League and not getting over the line.

‘The pressure was on us, to have to do it two weeks later against another English team was always going to be tough, we know how good they are.

‘On its own its special but to share it with the boys and what a great relationship we have in that dressing room, all the lads together and the team spirit. Yeah, it was just an amazing time for everyone.’