‘We don’t want to be remembered as the team who won one major trophy… we want people to forget which year we won each trophy’: James Milner urges Liverpool to create dynasty ahead of FIFA Club World Cup

James Milner wants Liverpool to begin an era of dominance that is so successful it will be difficult to remember what years they lifted which trophies.

Liverpool’s vice-captain ended the uncertainty about his own future last Friday when he signed a new deal that runs to June 2022; he moved to Merseyside from Manchester City as he believed it would represent his best chance to win the Champions League and he accomplished that goal.

Milner has won almost every honour in the game but his desire to keep collecting medals has not been sated and he wants to add the Club World Cup to his list; the 33-year-old will start against Mexican side Monterrey in the semi-final and hopes to feature in Saturday’s final, too. 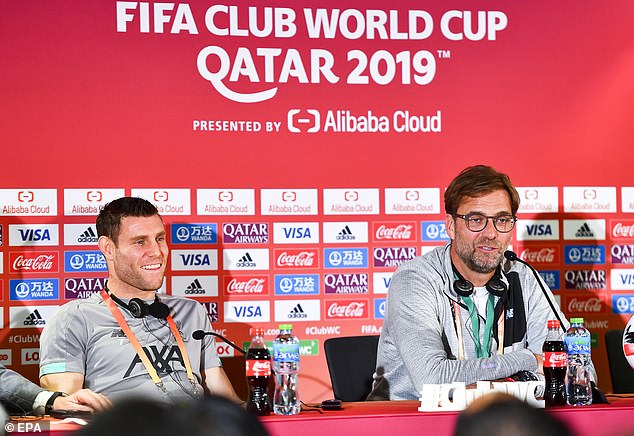 If Liverpool are successful this weekend, this would be their best year for silverware since 2001 when Gerard Houllier’s squad won five trophies. Having won the Champions League and European Super Cup in the last six months, Milner believes there is real substance to what Jurgen Klopp has built.

‘Since I have been at the club it was important for the club to get that first trophy on the board,’ said Milner. ‘We had been unfortunate in a few finals but the team has moved on and we have heard many people talk about it.

‘We don’t want to be remembered as the team who won one major trophy. We want people to remember us as a group and forget which year we won each trophy. You could see how we bounced back from the Champions League (final) defeat when we bounced back and won it this year. 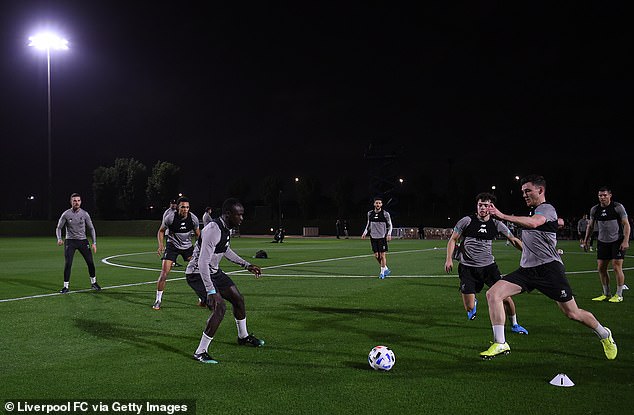 It has been argued Liverpool’s quest to become domestic champions has been compromised, due to them having to embark on a 7,000-mile round trip before Christmas. They have also had to postpone a fixture with West Ham United that has yet to be rearranged.

This ignores the point, though, that Liverpool have a chance to do something that none of the other great teams from the club’s illustrious past did. Milner is adamant two wins in Qatar would enable Klopp’s squad to enter the history books and the desire to do that should not be underestimated.

‘You have to be successful to be here and other teams from around the world have also earned their right to be here – they are all strong teams,’ said Milner. ‘It will be difficult but you want to get that winning habit and win trophies together as a group and to keep adding them.

‘We are in good form and hopefully we can keep that momentum going. It is fantastic to win a trophy. If a chance to win a trophy is a distraction, then this is a pretty good distraction. We just want to keep being successful and keep winning trophies. 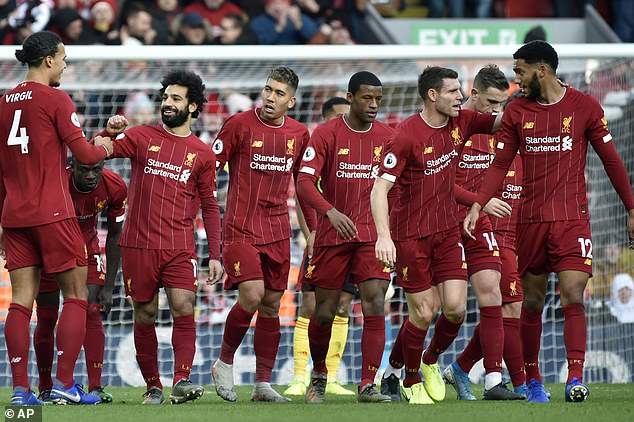