James Murdoch is not speaking to dad Rupert, has never seen Succession, awestruck by Pete Buttigeig

James Murdoch has opened up about his professional break from the family business and his new charity in a revealing interview with the New Yorker.

The younger of Rupert Murdoch’s two sons found himself out of work when Fox merged with Disney earlier this year, but also $2 billion richer thanks to his shares in the company.

This seems to have caused some friction between father and son however, and when asked if he had recently spoken to his former boss, Murdoch said:  ‘There are periods of time when we do not.’

He was similarly laconic when asked if he had ever watched Succession, the HBO show that is loosely based on his family’s empire.

‘Not even a peek. Why would I?’ asked Murdoch.

He did note though that things were great post-Fox, saying: ‘I just feel very lucky to have the opportunity at this point to make a clean break, and literally have an empty slate.

Daddy dearest: James Murdoch said that he and his father (above in 2013) saw each other earlier this year at the shareholders meeting in an interview, and do not speak ‘for periods of time’ 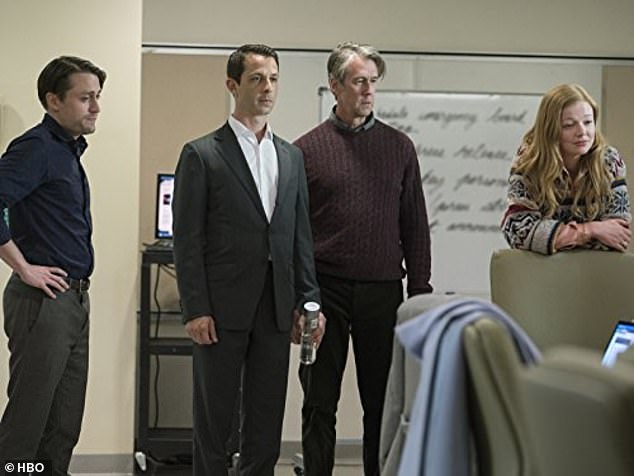 Who he: When asked if he watches the HBO show Succession, which is loosely based on his family, James said: ‘Not even a peek. Why would I?’ (l to r: Kieran Culkin, Jeremy Strong, Alan Ruck and Sarah Snook as the Roy siblings in Succession)

He is now using his vast wealth towards growing his private-investment company Lupa Systems as well as the charitable foundation he runs with his wife Kathryn.

Quadrivium is a non-profit that has made donations to organizations looking to safeguard voting rights and increase voter turnout.

His is also backing Center for New American Security, a bipartisan think tank that aims ‘to craft effective, practical, actionable, and ambitious policies domestically and abroad,’ in a bid to protect democracy.

‘The connective tissue of our society is being manipulated to make us fight with each other, making us the worst versions of ourselves,’ said Murdoch.

His feelings on Fox News however are still a bit unclear.

‘There are views I really disagree with on Fox,’ he explained.

‘But I wouldn’t cast it as some reaction to that.’

Not unclear though is his love for Pete Buttigeig, whose campaign he donated to soon after he entered the race.

‘It’s clear to anyone who hears him speak that he has an extraordinary mind,’ said Murdoch.

The 46-year-old has not been resting on his laurels since he walked away from the family business, and just last month purchased a controlling stake in the company that produces the Tribeca Film Festival.

The move means that he will now be partnering with Hollywood actor Robert De Niro and his producing partner Jane Rosenthal, two of Hollywood’s most vocal liberal voices.

‘We are excited about working with Jane and Bob to help grow the unique Tribeca brand,’ said Murdoch at the time.

‘When Tribeca was founded after 9/11, they brought together a tremendous creative community to embark on mission-driven business with civic impact and support for storytellers at its core. It is a real privilege to partner with this talented team to enhance and grow that mission.’

Lupa is the private investment company founded by Murdoch in March. 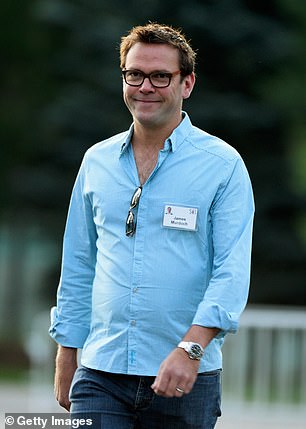 ‘It’s clear to anyone who hears him speak that he has an extraordinary mind,’ said Murdoch of Pete Buttigeig

Rupert designed his companies to benefit his family, making certain that he and his children always had control, meaning that his children and generations to follow would be taken care of financially.

The 88-year-old mogul was able to show that plan in work earlier this year, when upon the sale of Fox’s film and television assets to Disney, each of his six children pocketed approximately $2 billion.

One thing Murdoch has not left his children with however is a plan for the future of his media empire, refusing to officially name an heir despite making no secret of his preferred child.

It is not his oldest child Prudence or the next in line Elisabeth, who has found incredible success outside the family business in emerging media markets.

It is not James, the son who has stood by his side for decades and weathered the fallout from the 2011 hacking scandal at News of the World and the 2016 sexual assault scandal at Fox News.

It is Lachlan, Murdoch’s older son, who is the ‘golden child’ according to multiple sources.

And the empire looks to be his for the taking – but it is not clear if he is interested in the job.

The family company and its future were the focus of a New York Times piece this year that provided an in depth look at the mogul’s two sons while completely ignoring the lives and accomplishments of his four daughters.

By some accounts, Murdoch’s heirs are now battling behind the scenes for control of the empire, with the two top contenders appearing to be his sons James and Lachlan.

The brothers have had a tumultuous relationship over the years which had become more frayed than ever of recent after Lachlan was promoted over his younger brother by their father, despite James’ loyalty to the family company.

Others claim however that most of the children have soured on the notion of taking over from their father.

The media mogul is the father of six children, who range in age from 61 to 16.

The oldest is Prudence, who is Murdoch’s only child with his first wife, Australian model Patricia Booker.

She has held various positions in her father’s companies but now lives in Australia where she is largely focused on raising her three children.

Prue, as she is called by her family, has made it clear that she is not interested in taking the reins and did not even attend college after graduating from Dalton in New York.

That does not mean she would oppose seeing her second husband, Alasdair MacLeod, move up the ranks at News Corp – despite her protests about him working with her dad, or her offspring – who are Murdoch’s three oldest grandchildren – landing nice roles at the company.

But as Vanity Fair reported back in 2008, Prue is in many ways the one link the family has to reality.

‘This involves, not least of all, seeing her three oldest half-siblings – Elisabeth, Lachlan, and James – as, each in his or her way, master-race prototypes.’

It is those three who have long seem poised to battle it out for their father’s media empire – Elisabeth (50), Lachlan (47), and James (46).

All three work in media, with Elisabeth currently experiencing success with Vertical Networks, a startup that provides app-based series that are produced to be viewed in cellular devices.

The relationship between Lachlan and his father has run hot and cold over the years, but that all changed back in 2014 when Murdoch’s older son returned to New York to work for News Corp.

Now, he is the Chairman and CEO of the Fox Corporation.

James, the youngest of the three, was the most loyal, staying by his father’s side and joining News Corp shortly after he dropped out of Harvard.

That devotion was tested however when Murdoch elected to promote Lachlan over James after he return to work in the US following an extended stint in Australia.

The brothers already strained relationship only got worse when Lachlan informed James of this decision over lunch.

James even briefly quit the company, but then ultimately decided to return before then exiting for good.

Chloe is currently attending an Ivy League college while her sister attends private school in Manhattan.

The ambitions of the two teenagers are unknown, but their fiercely intelligent mother has no doubt seen to it that the two get not one bit less than their older half-siblings.