By Louise Saunders for MailOnline

They have enjoyed a glamorous few days soaking up the sights and sounds of the first-ever socially distanced Venice Film Festival.

And James Norton and his girlfriend Imogen Poots wrapped up their Italian trip as they prepared to head home from the annual movie event on Saturday.

The actor, 35, and the Vivarium star, 31, wore protective face coverings as they headed back to London after it was revealed Imogen had moved into her long-term love’s Peckham home.

Homeward bound: James Norton and his girlfriend Imogen Poots wrapped up their Italian trip as they prepared to had home from the Venice Film Festival on Saturday

James kept casual in a white T-shirt and stone-coloured shorts, teamed with trainers and a shoulder bag as porters packed up their suitcases and a haul of Prada shopping.

Imogen opted for an equally low-key look in a patterned tie-up shirt and denim shorts, teamed with trainers and a backpack.

The actress wore her blonde locks in a low ponytail and went make-up free, while accessorising with huge square sunglasses.

Imogen joined her boyfriend of over two years in the Italian city while he promoted his latest cinematic offering, Nowhere Special. 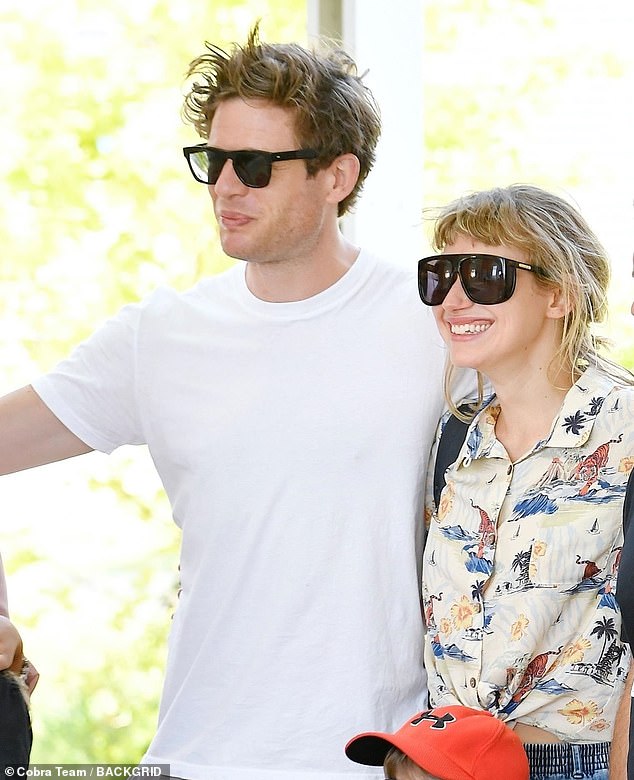 Glamorous couple: The Vivarium star, 31, opted for a low-key look in a patterned tie-up shirt and denim shorts as she posed for pictures with her actor boyfriend, 35, 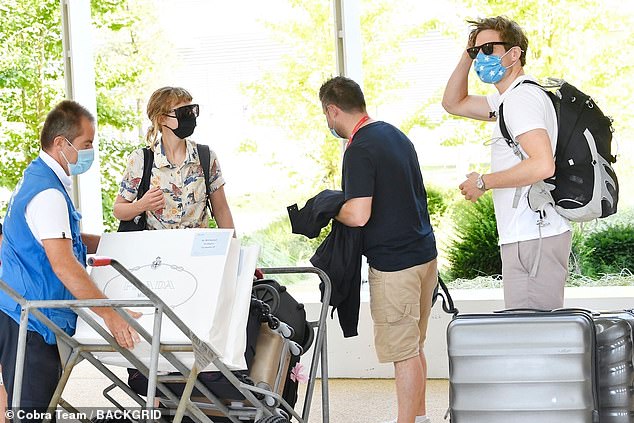 Low-key: James kept casual in a white T-shirt and stone-coloured shorts, teamed with trainers and a shoulder bag, as porters packed up their suitcases and a haul of Prada shopping

The movie is an upcoming internationally co-produced drama film, written, directed, and produced by Uberto Pasolini.

James, who plays window cleaner John, dedicates his existence to his three-year-old son after his mother left them soon after she gave birth.

But when John is given just months to live, he sets out to find a perfect family for his little boy once he is gone.

James and Imogen took their relationship to the next level earlier this year when she moved into his home in Peckham, south-east London. 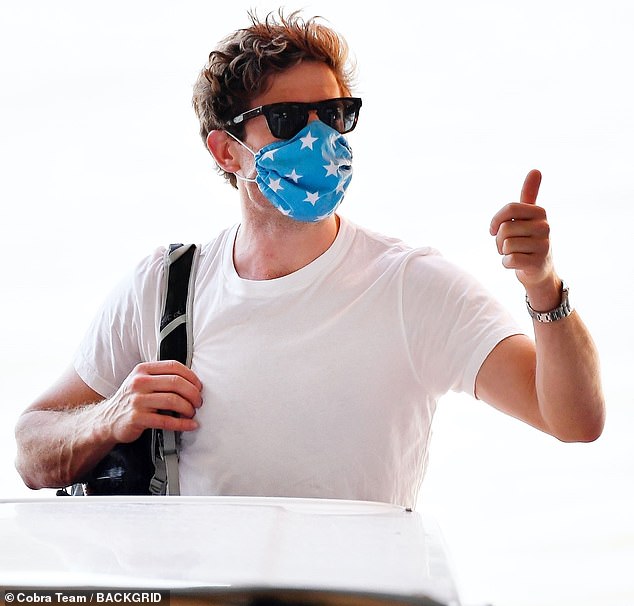 Safety first: James wore a star-print protective face covering as the couple headed back to their London home

A friend of the couple told the Mail On Sunday: ‘They have been dating now for two years but were getting tired of having a long- distance relationship.

‘James has been settled for a while in Peckham, while Imogen was splitting her time between London and New York. They are much happier with their new set-up.’

The couple met when they co-starred in the West End production of Belleville at the Donmar Warehouse in 2017, and began dating soon after James split from Chernobyl actress Jessie Buckley.

They made their red carpet debut as a pair at the 2018 Cannes Film Festival. 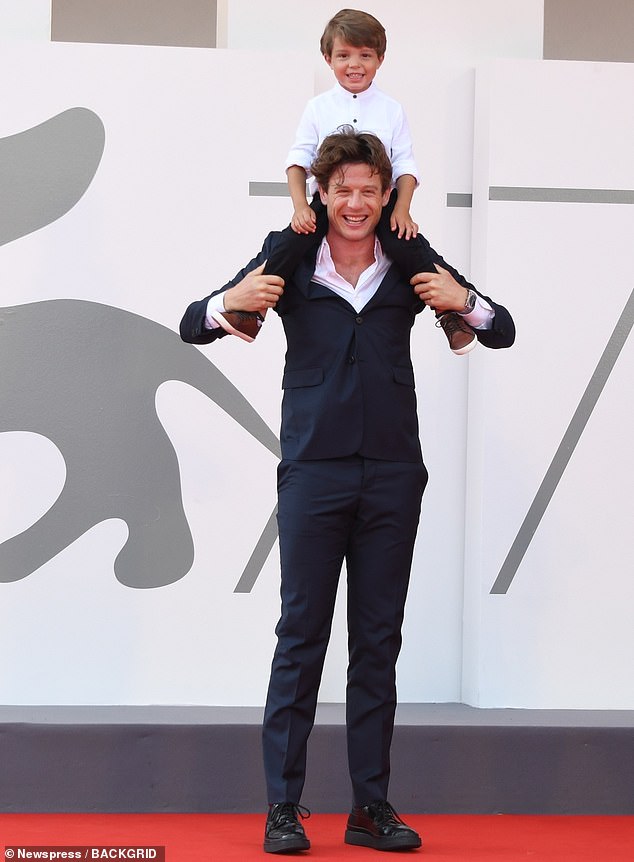 Talented: The actor has been in the Italian city promoting his latest cinematic offering, Nowhere Special (pictured on the red carpet with co-star Michael Lamont)