They’re been enjoying the sunshine in Italy during the Venice Film Festival.

And James Norton and his girlfriend Imogen Poots certainly put on a cosy display as they enjoyed dinner in the Italian city on Thursday.

The actor, 35, donned a protective face mask as he headed to the eatery with the Vivarium star, 31, before they settled down for a drink together.

Happy: James Norton, 35, and his girlfriend Imogen Poots, 31, put on a cosy display as they enjoyed drinks in Venice on Thursday

James was suited and booted following his appearance on the red carpet for the premiere of his new film Nowhere Special at the festival.

He and Imogen took the weight off their feet in a nearby bar as they enjoyed a drink together.

Imogen sported a chic printed shirt dress as she posed for a selfie with beau James in their matching masks, reminding their fans to wear face coverings during the COVID-19 crisis. Relaxed: The couple headed into the eatery following his appearance on the red carpet to promote his newest film Nowhere Special

James, who plays window cleaner John, dedicates his existence to his three-year-old son after his mother left them soon after she gave birth.

But when John is given just months to live, he sets out to find a perfect family for his little boy once he is gone. 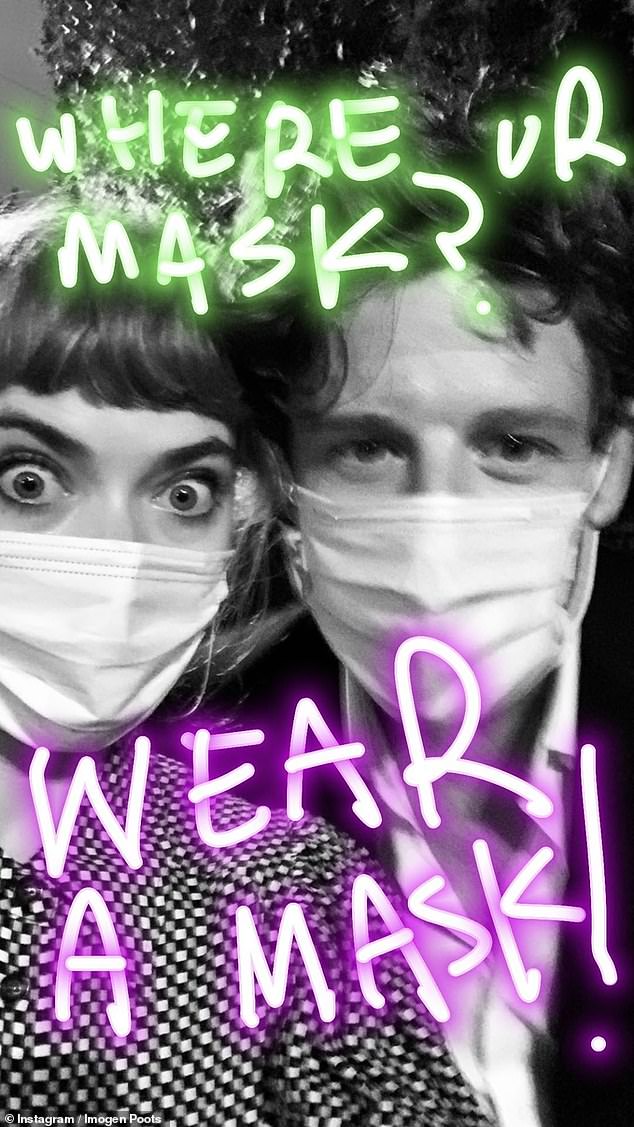 Stay safe! Imogen sported a chic printed shirt dress as she posed for a selfie with beau James in their matching masks, reminding their fans to wear face coverings

Amid frenzied speculation about who will be the next to play Bond, with stars including Richard Madden and Idris Elba being linked with the role, a source told the publication both sides were trying ‘to get a deal signed off’.

‘Producers wanted a Brit and James ticks all the boxes – tall, strapping, physically fit and, of course, looks great in a dinner jacket.

‘Everyone is hoping to get the deal confirmed and signed off, with an announcement in the summer.’ 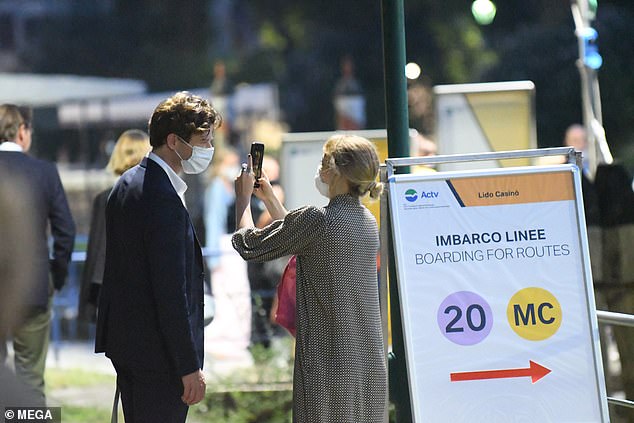 Say cheese! Both James and Imogen documented their trip to Italy after he travelled to Venice for the film festival