Last-minute meetup? James Packer charts private jet to Los Angeles where Karl Stefanovic and Jasmine Yarbrough will spend the first night of their honeymoon… after the billionaire skipped the wedding in Mexico

By Cait Kelly and Jo Scrimshire For Daily Mail Australia

He was billed to be the groomsman at Karl Stefanvoic’s lavish wedding to Jasmine Yarbrough before reportedly pulling out due to heavy media attention.

But now James Packer could be on his way to join the newlyweds in Los Angeles, where the couple will be spending the first night of their honeymoon.

It is understood James flew out of Ecuador on his private jet on Saturday morning. 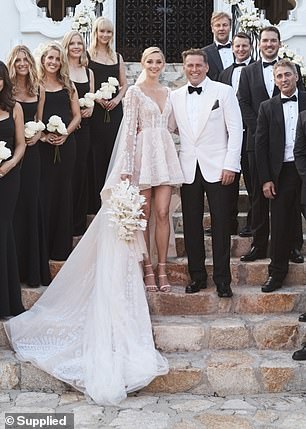 Last minute meetup? James Packer (left) charts private jet to LA where Karl Stefanovic and Jasmine Yarbrough (right) will spend the first night of their honeymoon… after the billionaire skipped the wedding in Mexico

Last week, James pulled out of attending the lavish nuptials in Los Carlos reportedly due to concern over the impact the media attention could have on his mental health recovery.

The billionaire boarded his private jet in Ecuador at 2.30am and is expected to land in LAX at 6.18am – plenty of time before the newlyweds arrive in the City of Angels on Tuesday.

While it’s not confirmed if the close friends are meeting up, Karl and Jasmine will be staying at the ritzy Beverly Hills Hotel for one night before flying to Aspen, Colorado.

The casino mogul will be positioned perfectly to spend some time with the couple in LA before potentially flying with them to Aspen.

Karl and Jasmine are planning on having a ‘mini honeymoon’ in the area where James owns a lavish estate. 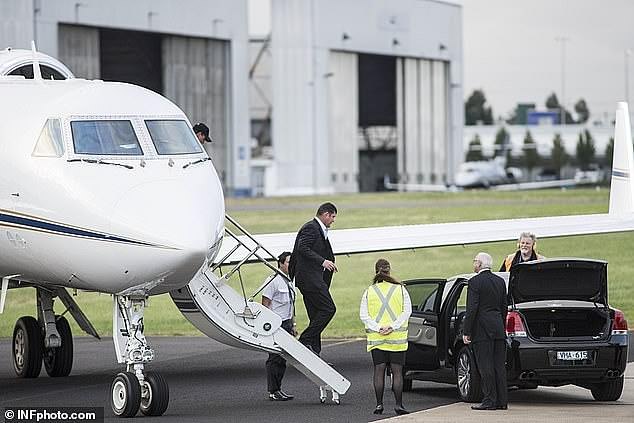 Party in LA? The billionaire boarded his private jet in Ecuador at 2:30am and is expected to land in LAX at 6:18am (stock image) 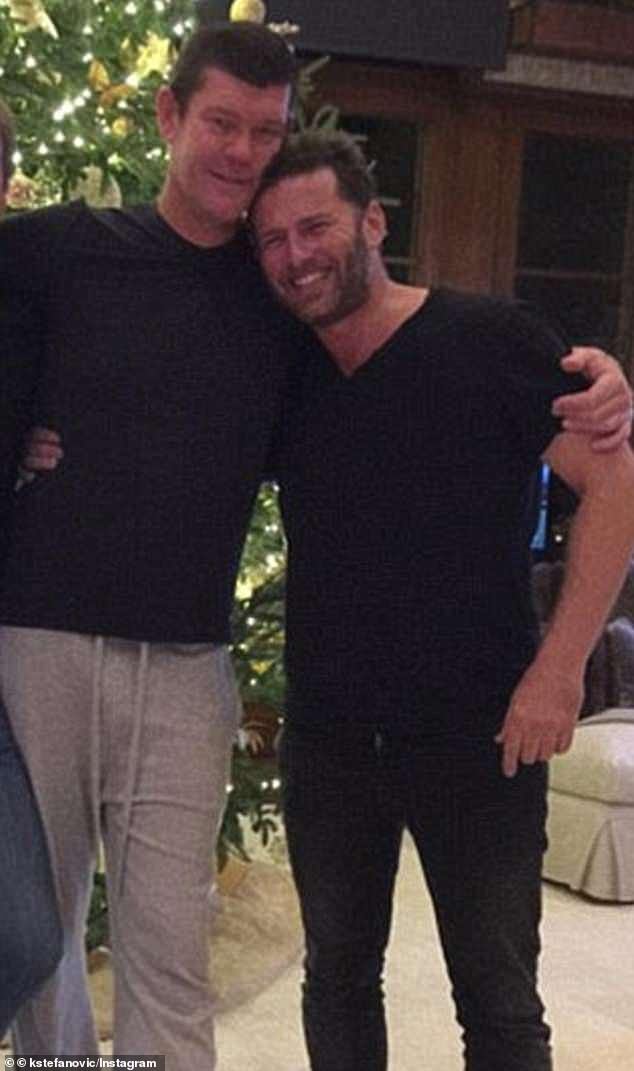 Catch-ups: The casino mogul will be positioned perfectly to join the couple in LA before potentially flying with them to Aspen, Colorado

Earlier this year the couple spent a week with the billionaire in the ritzy ski town, staying with him at his luxurious property.

Joining the newlyweds on their break will be Karl’s three children: Jackson, River and Ava.

Of their decision to take the children, a source earlier told Daily Mail Australia: ‘Karl and Jasmine decided that the focus should be on his kids after their wedding, so they’re being treated to a skiing holiday. 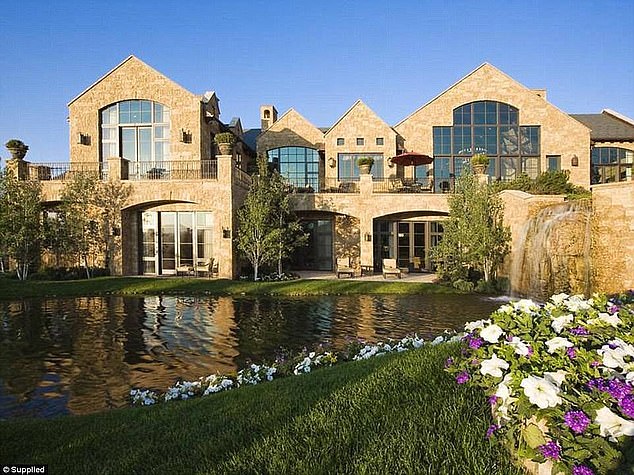 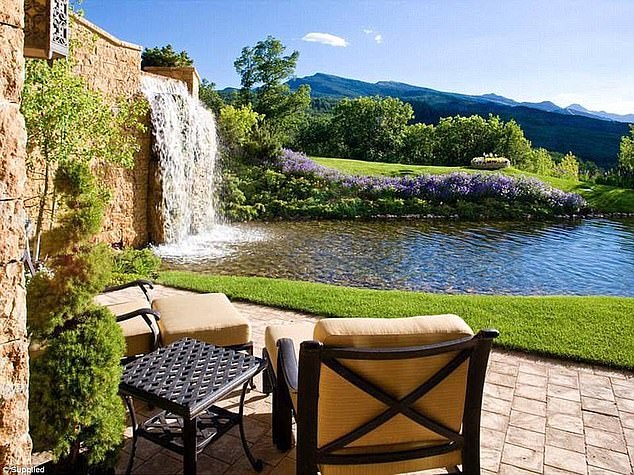 Romantic: For outdoor entertaining, the house has beautifully landscaped front and back yards, as well as a picturesque lake (pictured) with unparalleled views of the mountains

‘Afterwards, when they return to Australia, there will be a proper honeymoon, just for the two of them.’

It is unclear if the family will be staying at the billionaire’s home, which boasts luxury features including a theatre room, bar, steam room, gaming room, a cosy library filled with a large collection of books and a fireplace. 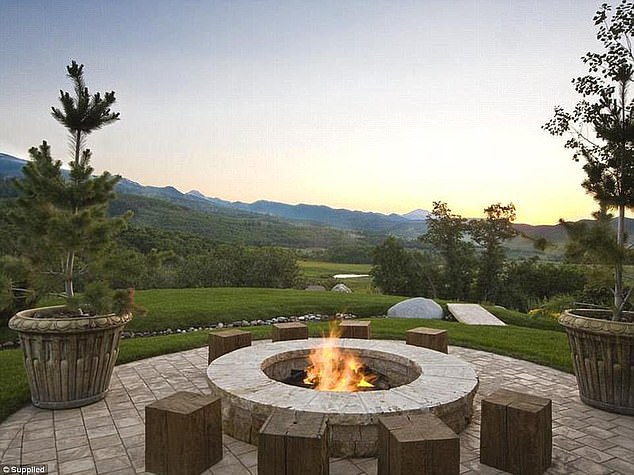 Perfect for wedding recovery! A fire pit surrounded by rustic wooden blocks for seating is located in the backyard 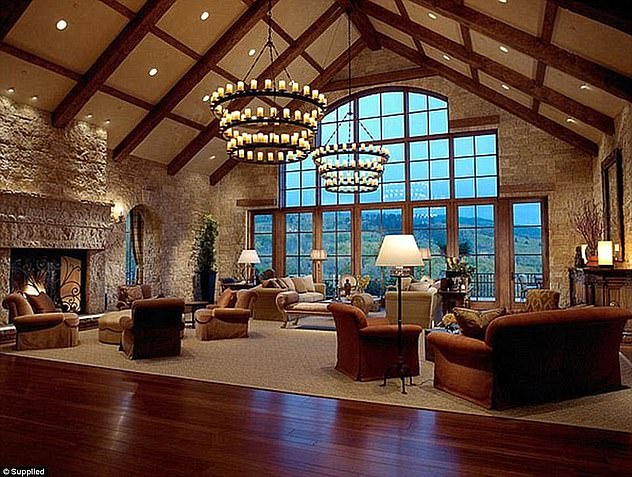 Rest and relaxation:  The couple spent a week with James in the luxury property earlier this year

James and Erica reportedly purchased the estate for over $20million in 2013, the year they split up.

Daily Mail Australia has reached out to James Packer for comment. 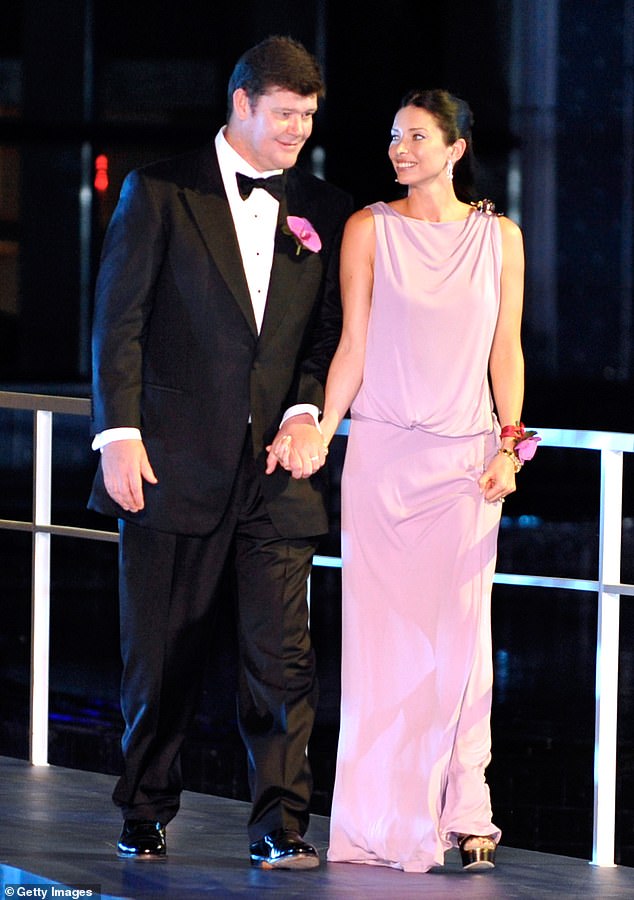 Big spenders: James and Erica reportedly purchased the estate for over $20million in 2013, the year they split up