James Stunt’s new girlfriend has a five-year-old son with a wealthy property developer whose father is a £200m Greek shipping magnate, MailOnline can reveal.

Their son, who MailOnline has chosen not to name, was born in December 2012 and attends a prep school costing £6,000-a-term.

The stunning blonde hit back at claims that she is a gold digger at the weekend when she said billionaire Mr Stunt’s ‘heart is as big as his bank balance’ – saying: ‘James has a big bank account. But he also has a big personality and a big heart.

‘I’m no gold digger. The term is derogatory to women and sadly often comes from other women.’ 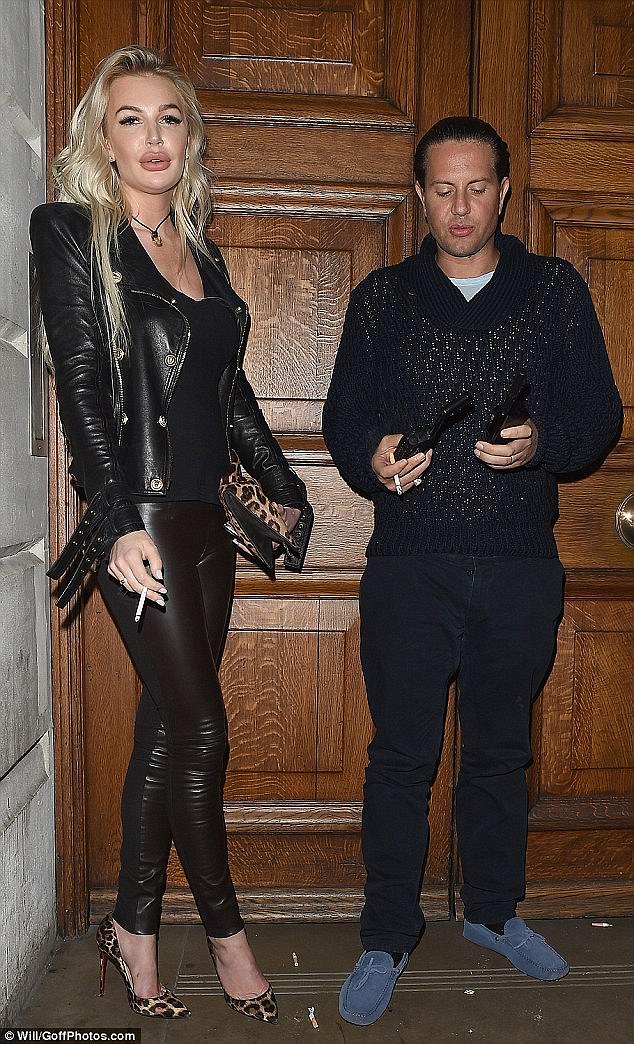 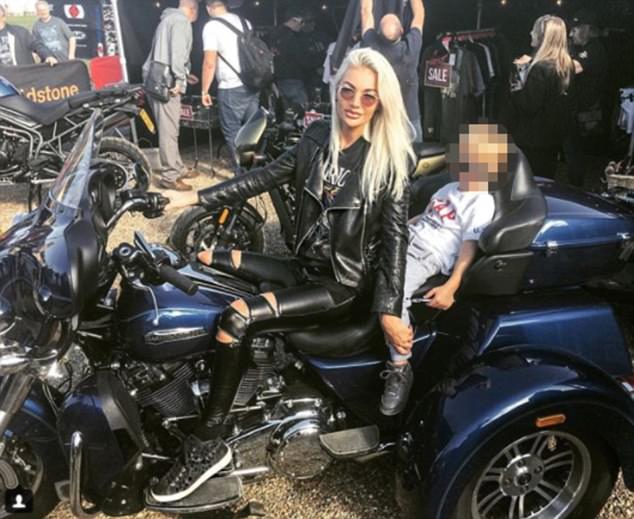 Samantha, 30, had a son, who MailOnline has chosen not to name, born in December 2012 with her multi-millionaire former boyfriend Alexander Kollakis, 37, before she met James Stunt 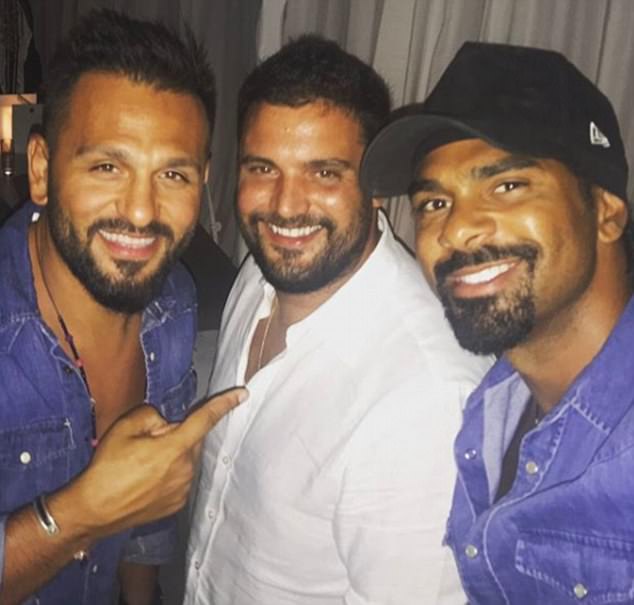 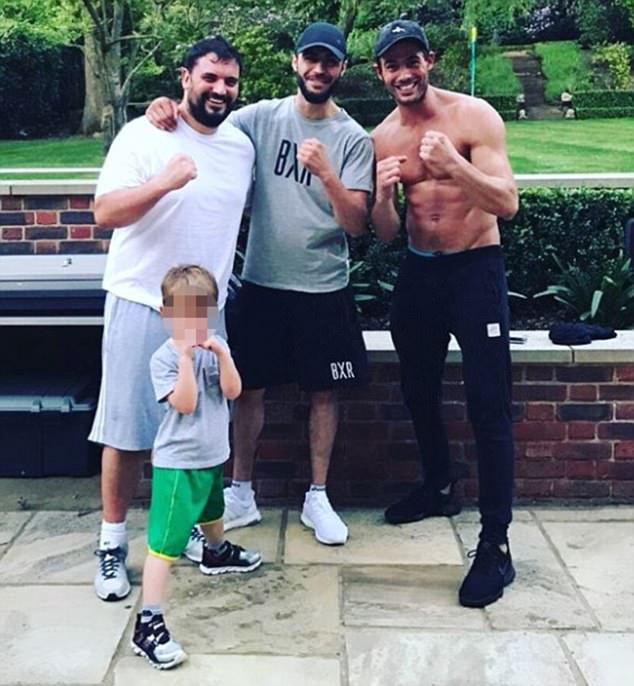 She angrily denied claims that she chased Stunt, 36, worth £4billion, who recently divorced from Bernie Ecclestone’s daughter Petra, for his money.

Stunt branded the Formula One tycoon a ‘dwarf’ and his mother-in-law Slavica Ecclestone ‘Lady Macbeth’ in a tell-all interview with Tatler magazine last month, in which he acknowledged his addiction to prescription drugs.

Bernie Ecclestone condemned Stunt as ‘an idiot’ and blamed drugs for the breakdown of the marriage.

He told MailOnline: ‘He [Stunt] got heavily into drugs and that has changed him and they have taken their toll. It is a great shame as James was a nice man when he got married.’

Stunt and Miss Ecclestone tied the knot in at lavish £12 million wedding at a castle in Rome, Italy, in 2011.

The couple enjoyed an extraordinary life together, splashing out £100 million on a Chelsea mansion and £158 million on a 123-room home in Los Angeles, and went on to have three children. 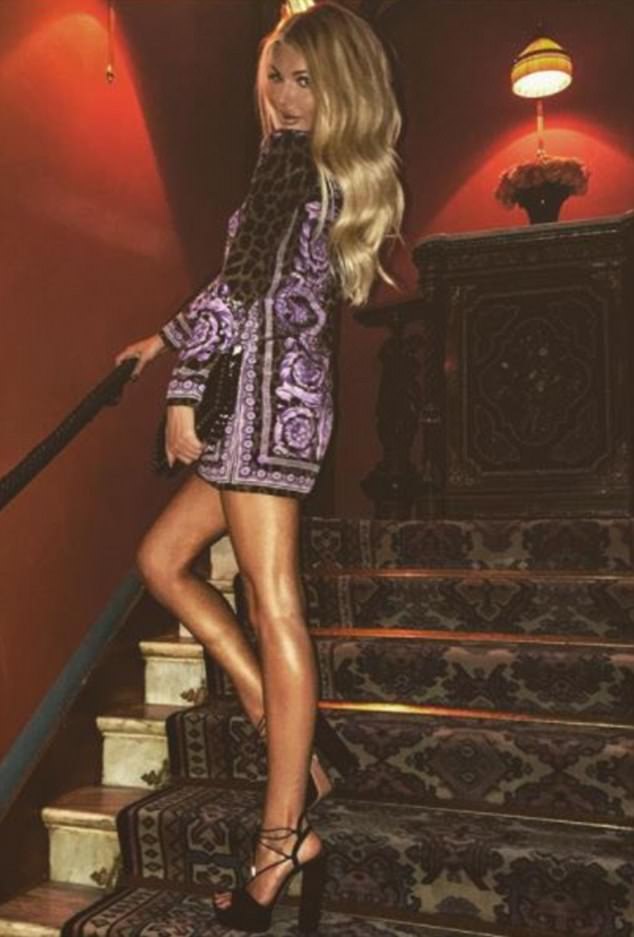 Miss Rowley (pictured) has angrily denied claims that she chased gold bullion trader Stunt, 36, worth £4billion in a recent interview when she said that his heart is as big as his bank balance 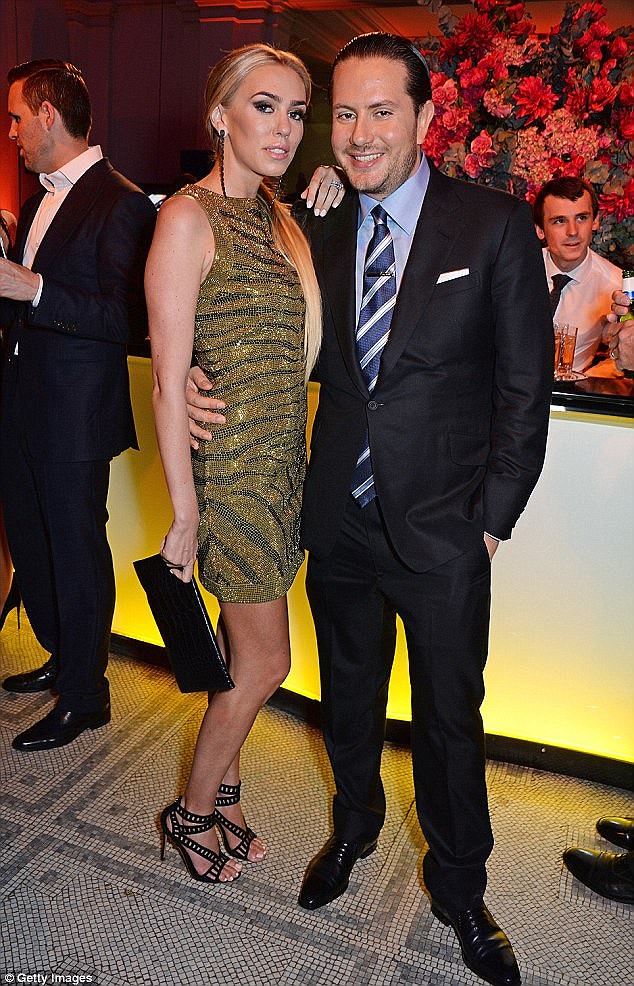 Stunt and his former wife Petra Ecclestone tied the knot in at lavish £12 million wedding at a castle in Rome, Italy, in 2011, and had three children in their six years together before divorcing 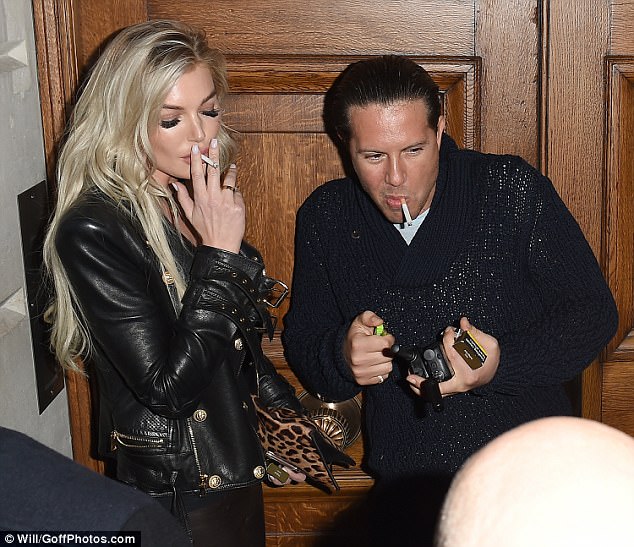 Stunt was pictured enjoying a cigarette with his new girlfriend Miss Rowley after he and two other glamorous female companions enjoyed a meal out at posh London restaurant, Nobu

But the marriage ended in a bitter £5.5 billion divorce battle at London’s High Court last year.

Miss Rowley was photographed on Stunt’s arm just days after the final court hearing last month (February), wearing a £1.5 million engagement ring. The high-flying couple are rumoured to have been dating for several months, after being first spotted together in January.

But with her glamorous, well-heeled lifestyle and socialite friends including Laura Zilli, the daughter of celebrity chef Aldo Zilli and celebrity stylist Paollo Sagerah, Miss Rowley is no stranger to the high-life.

Her former partner Alex Kollakis is a close friend of British boxing champion David Haye. The men share photographs of themselves on holiday together in the Greek islands and in Las Vegas on their Instagram accounts.

And their young son is a potential heir to his grandfather Pantelis Kollakis’ £200 million shipping fortune.

Alex’s father Pantelis, 69, was placed 397th in Britain’s richest 1,000 a decade ago, after amassing his wealth when he took over his father’s shipping firm Kappa Maritime, based in Redhill, Surrey, and in Thessaloniki, Greece.

Staff man the Kollakis family’s London home – a red brick pile in leafy Hampstead – where houses sell for an average of £4m – declined reveal details of the family’s whereabouts. 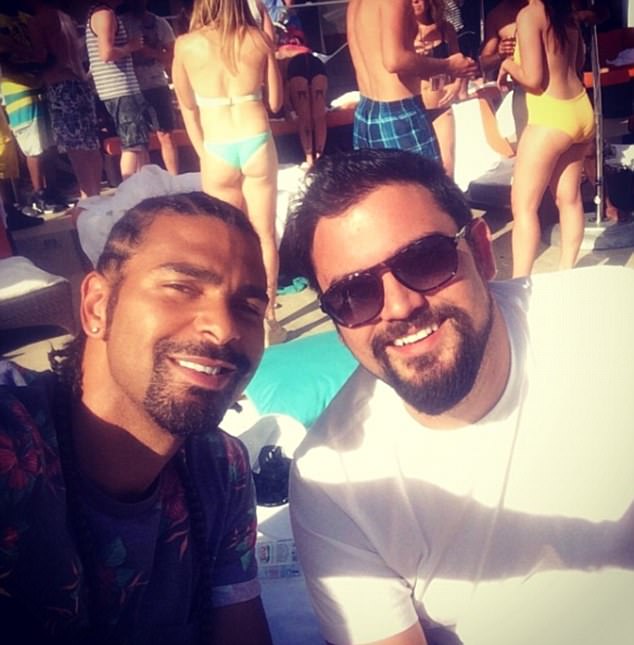 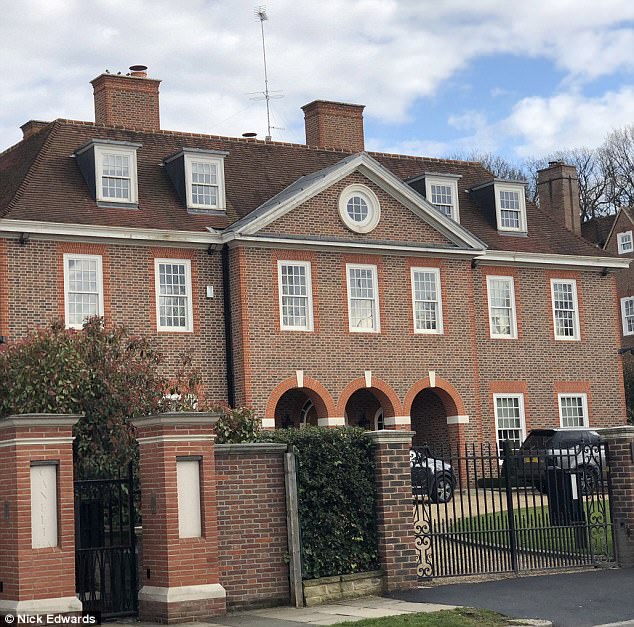 Mr Kollakis is the son of Greek shipping tycoon Pantelis Kollakis, who lives in this magnificent family home worth in the region of £10million on one of London’s most exclusive streets

A female employee who answered the intercom at the end of the electronic gated gravel drive – where four immaculate luxury cars were parked – both told MailOnline: ‘They haven’t been around for the last couple of weeks.

‘I couldn’t tell you where they are or when they’ll be back. They often come and go.’

Despite their different backgrounds – Miss Rowley was brought up by her teacher mum and fireman dad in Bexley, Kent, while Stunt grew up in luxury at his parents’ Wentworth Estate mansion in Surrey – the pair share the same political leanings, with both ardent supporters of the Conservative Party.

Stunt was educated at Bradfield College, a Berkshire public school before attending the European Business School in Regents Park, central London, while Miss Rowley worked as a dancer at the Spearmint Rhino lap-dancing club aged 18 after losing her role as Clare Devine in Hollyoaks.

Representatives for Miss Rowley and Mr Kollakis declined to comment when approached by MailOnline. 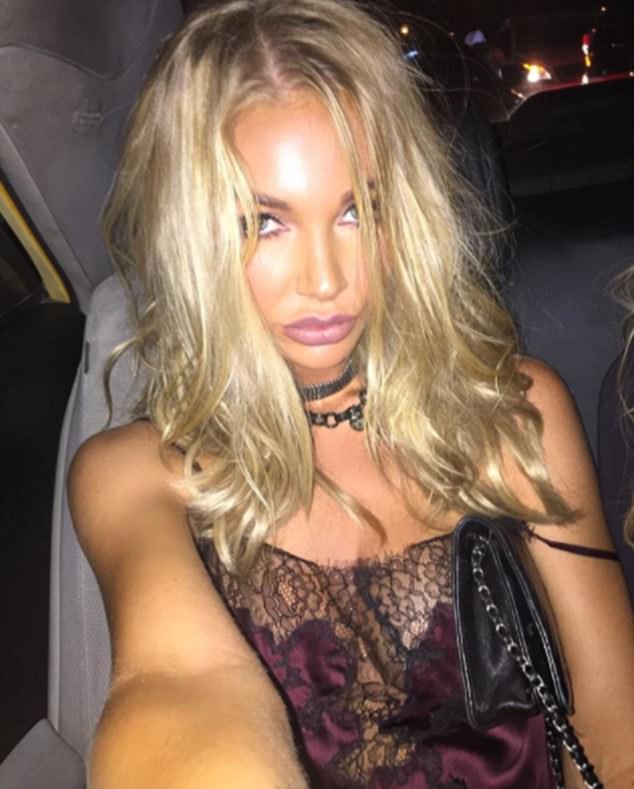 Miss Rowley, whose family come from Bexley, south east London, a mother-of-one, appeared on the first series of the reality show Make Me A Supermodel in March 2005 and came fourth 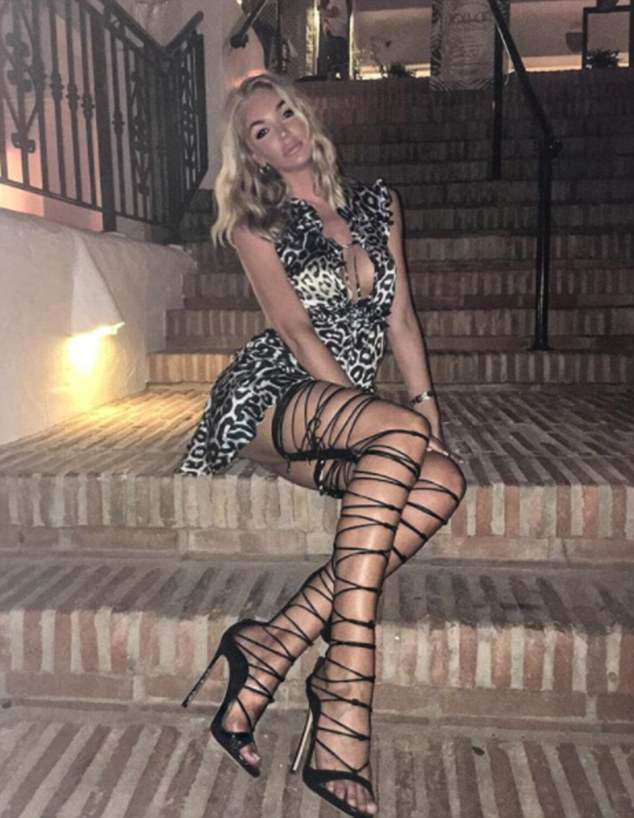 The blonde girlfriend of Mr Stunt starred in series 2 of Trust Me – I’m a Holiday Rep in 2006 and has hosted MTV Uncompressed. In 2010 she appeared on Channel 4 reality show, Seven Days 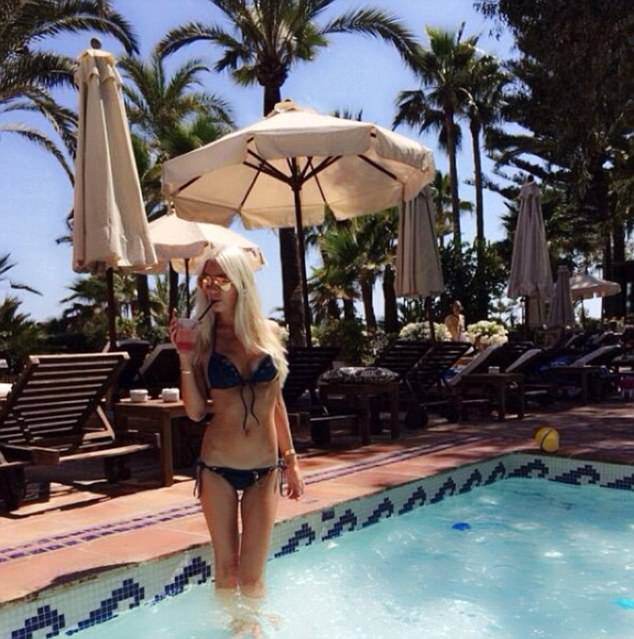 Blonde Miss Rowley, who posts pictures of herself in a bikini on Instagram, is most famous for her role as playing Clare Devine in Hollyoaks – but has not worked on the show since 2006