Jamie and Rebekah Vardy have received planning permission for an outdoor dining area, bar and cinema at their £2.5million mansion.

The 32-year-old Premier League footballer, who is believed to earn £120,000 a week at Leicester City, will build the outdoor ‘party’ space at the rear of the eight-bedroom home he shares with his wife in Lincolnshire.

The entertainment area at the property, which is located in a quiet village with around 80 residents, includes an outdoor kitchen, barbecue, water feature and terracotta chimney pizza oven – complete with decking and seating.

Jamie and Rebekah Vardy, pictured at the Pride of Sport Awards in London last December, are building an outdoor party area 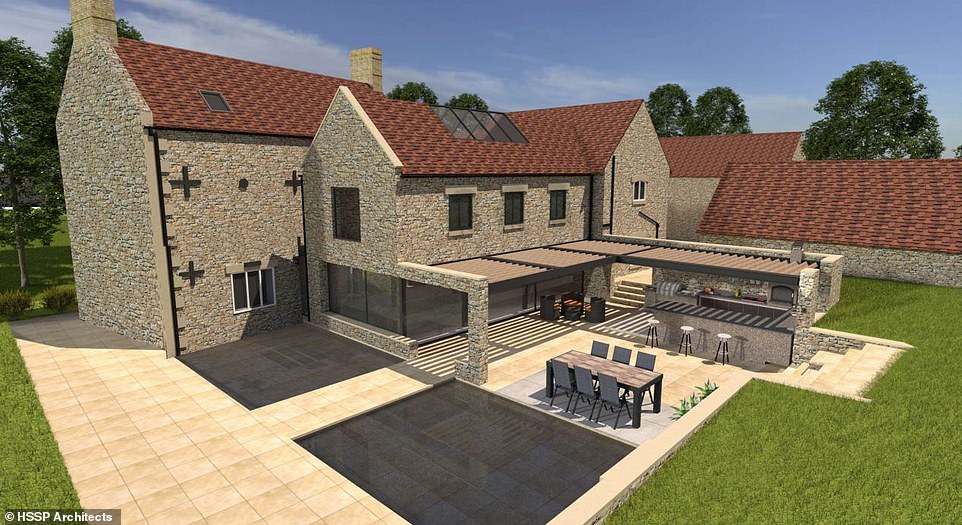 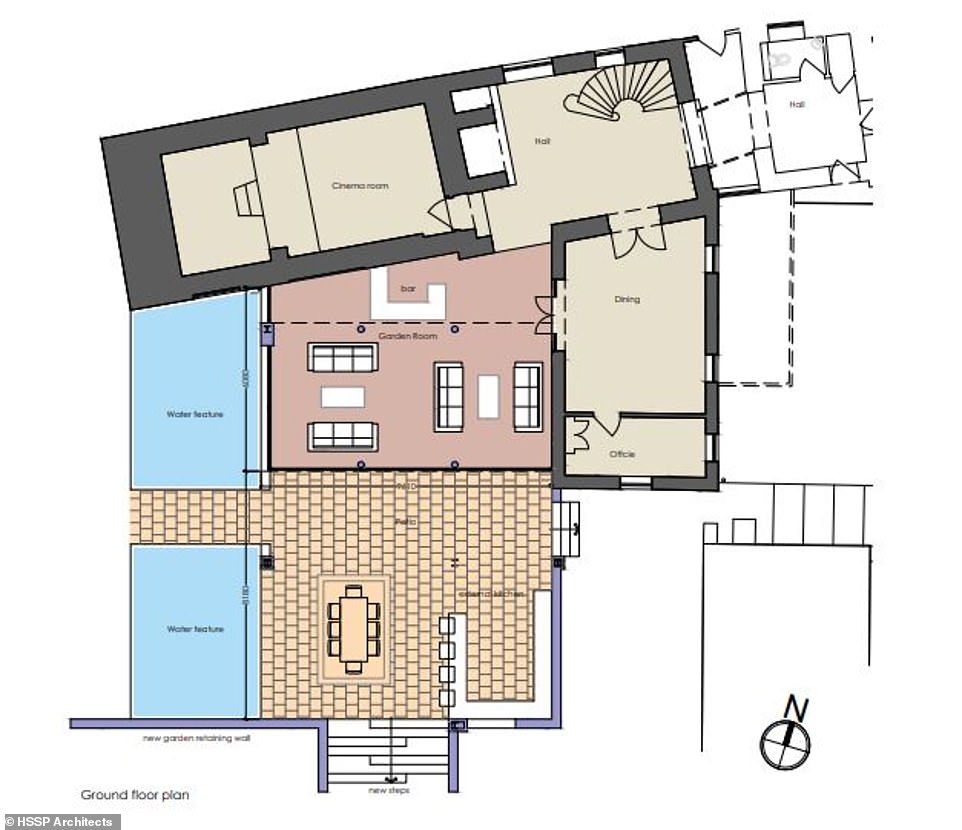 The Vardys have received planning permission for an outdoor dining area, bar and cinema at their £2.5million mansion 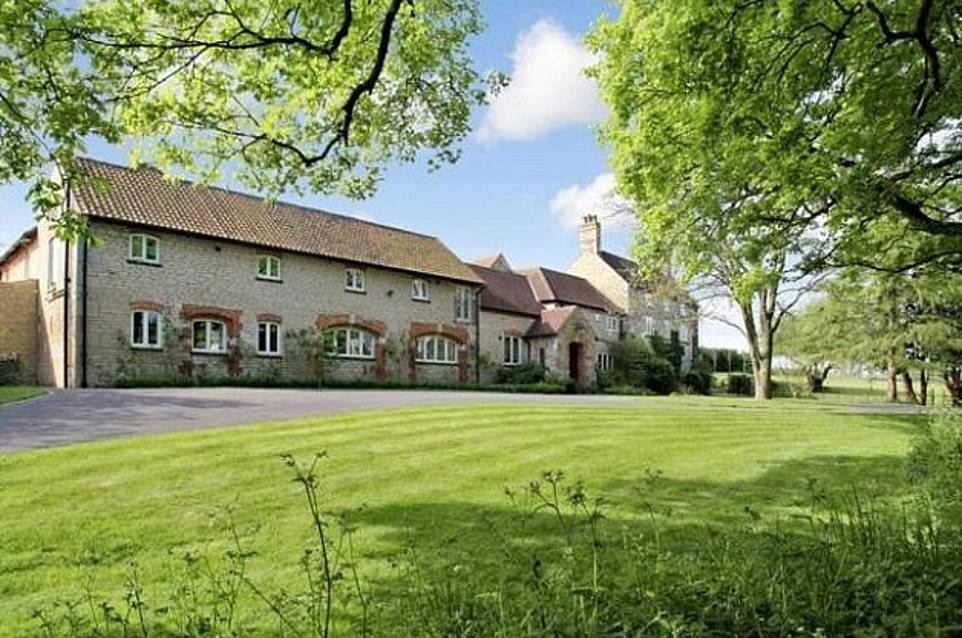 The £2.5million mansion in a village in Lincolnshire boasts five reception rooms, an indoor pool, sauna, tennis court and gym 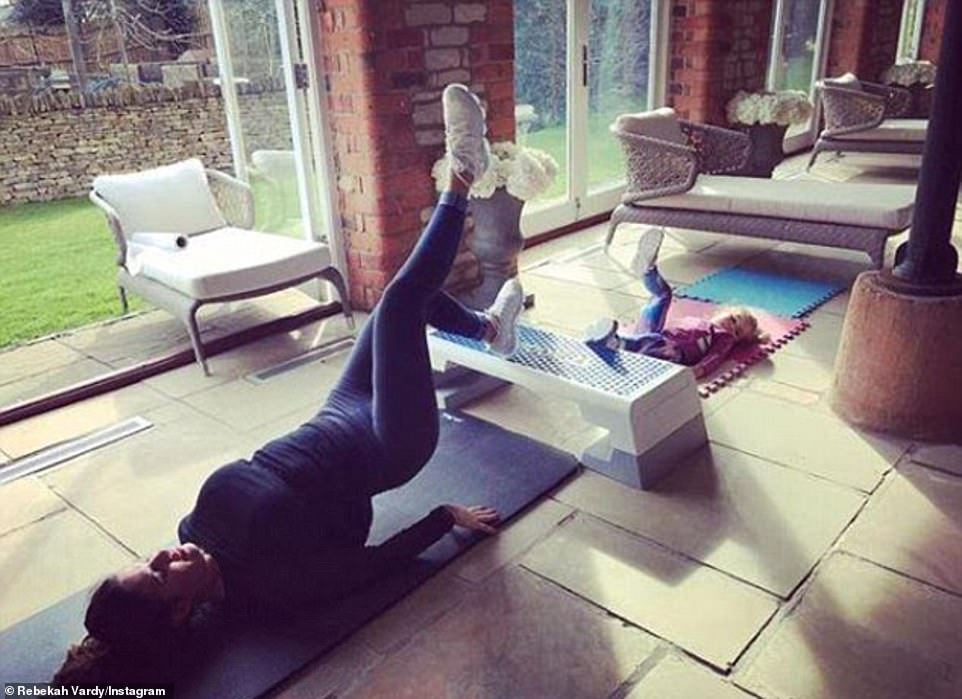 Rebekah Vardy is pictured exercising with one of her daughters at the £2.5million family home in Lincolnshire

It will sit beside a two-storey extension to the property which includes a garden room, two bedrooms and a cinema. The mansion boasts five reception rooms, an indoor pool, sauna, tennis court and gym.

Vardy enjoys 15,000 sq ft of space at his home, which also has a three-bedroom annexe. Planning papers sent to the council say: ‘The proposal comprises of the erection of a two-storey extension to the rear of the host dwelling.

‘The ridge height of the extension would be approximately 7.8m, with an eaves height of approximately 5m. The proposal also comprises (of) an external covered dining area, along with a retaining wall and landscaping.’

The documents added that the development would be built in local Clipsham stone, used to construct Windsor Castle in Berkshire, and brown clay tiles to match the appearance of the original building.

Outlining their decision, council officers concluded: ‘By virtue of the design, scale and materials to be used, the proposal would be in keeping with the host dwelling, streetscene and surrounding context.’ 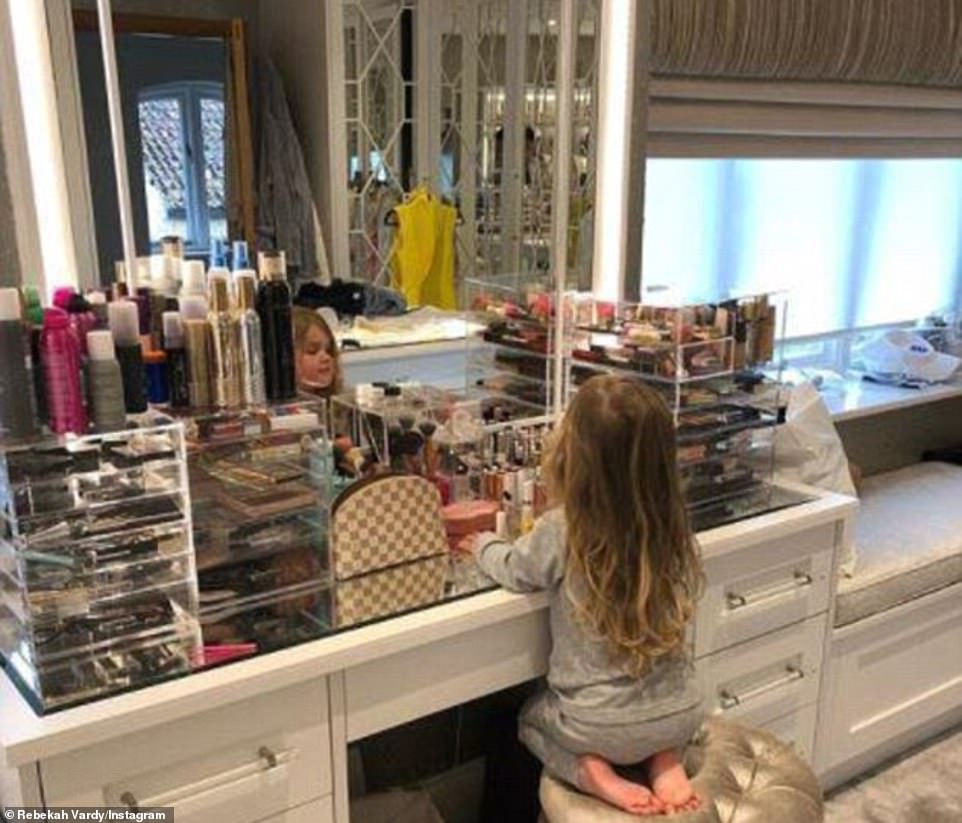 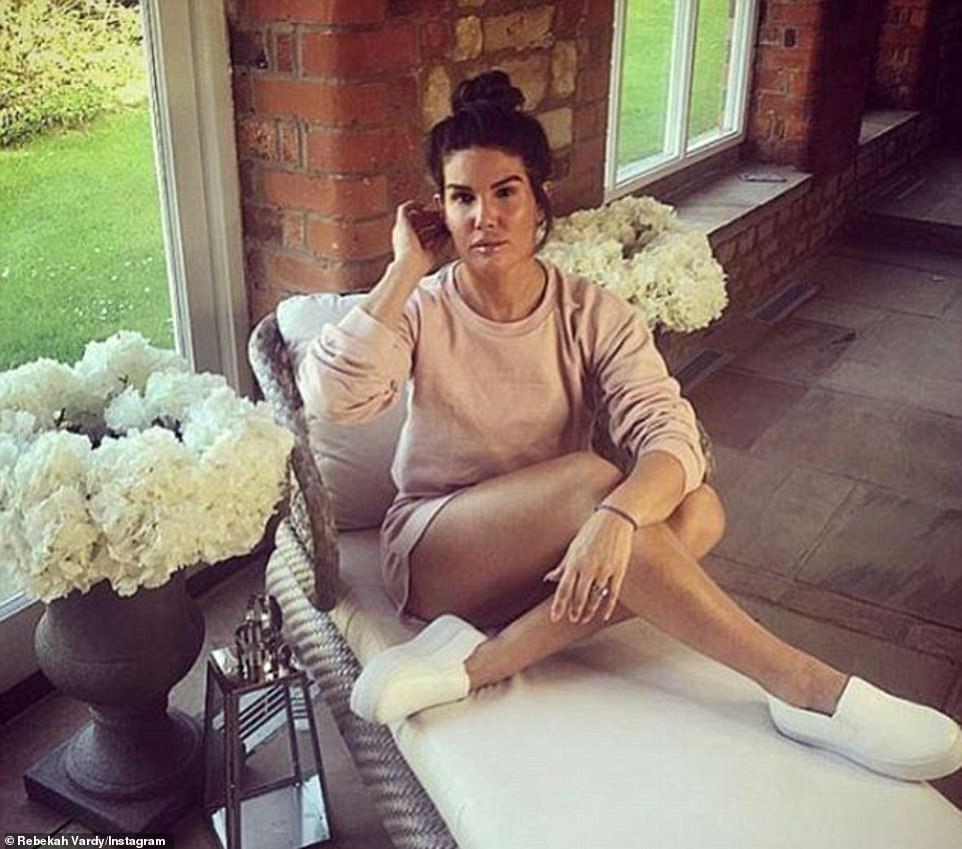 Rebekah Vardy, pictured in her home, has two children with the £120,000-a-week footballer – and also has a third on the way 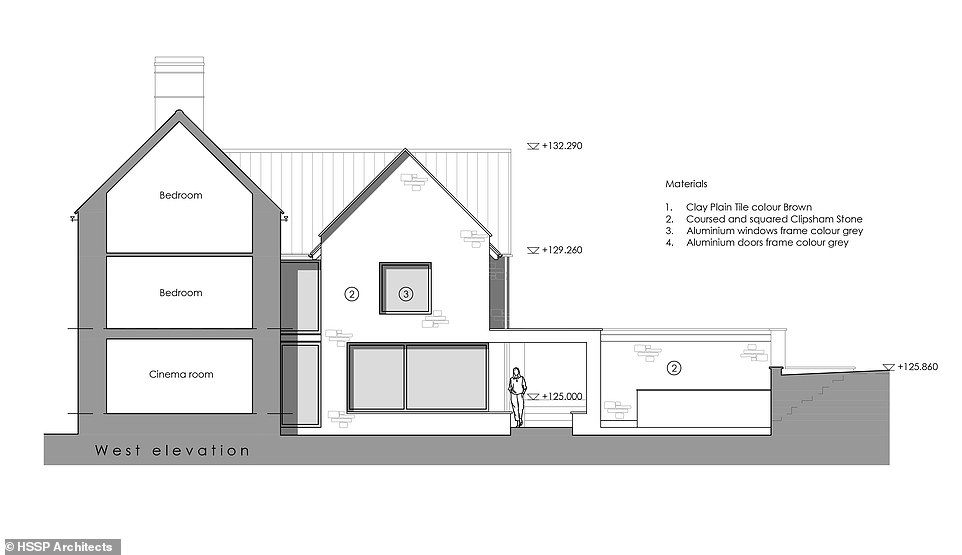 The documents said the development would be built in local Clipsham stone, used to construct Windsor Castle in Berkshire 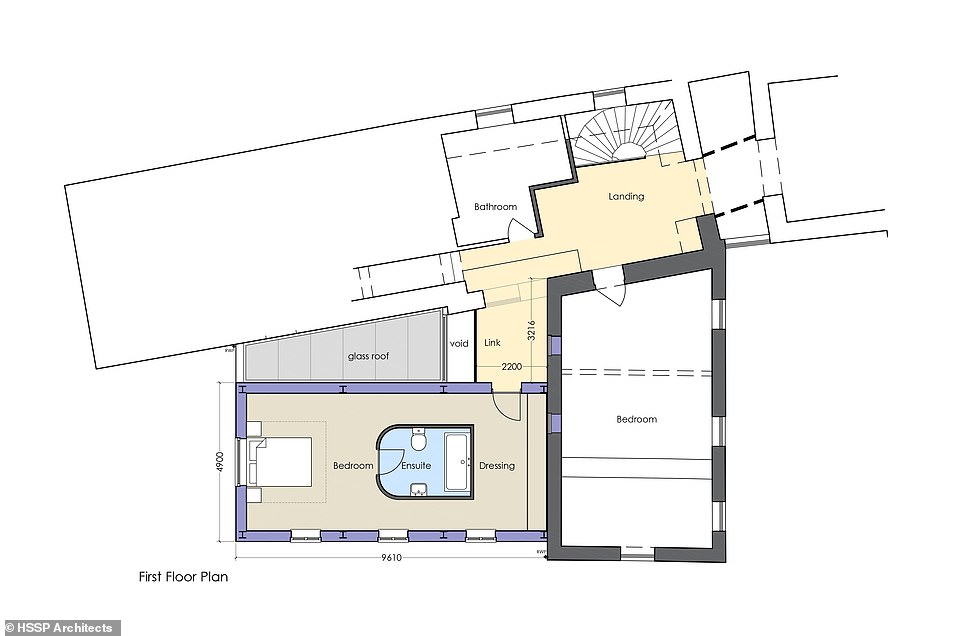 The striker and his wife bought the property in Lincolnshire in 2016, having previously lived in Melton Mowbray

A neighbour said: ‘The Vardy family are certainly great additions to the local village community. As long as there isn’t excessive partying into the early hours of the night, I shouldn’t expect there should be any problems here.’

The striker bought the property in 2016. The couple – who have two children together, Sofia and Ella, and are expecting a third – previously lived in a £1.25million eight-bedroom house in Melton Mowbray, Leicestershire.

But they sought a more peaceful area after fans banged on the gate and rang the buzzer asking for autographs from the England forward, who won the Premier League title with Leicester three years ago.

A favourite chant of Leicester fans is ‘Jamie Vardy’s havin’ a party’. And the striker hosted a party with his teammates on the day Tottenham Hotspur failed to beat Chelsea in May 2016, handing his side the title.