Jamie Carragher has revealed that Liverpool’s 2007 Champions League final defeat to AC Milan remains ‘too painful’ to watch back – and questioned then manager Rafa Benitez’s substitutions in the game.

Having beaten the Serie A giants in 2005, two years later Liverpool were undone by a Filippo Inzaghi brace with Dirk Kuyt’s late consolation not enough to spark another comeback win.

Liverpool legend Carragher felt that his side were the better team that day, but firstly suffered when Javier Mascherano was substituted and then when Benitez failed to bring on Craig Bellamy while chasing the game. 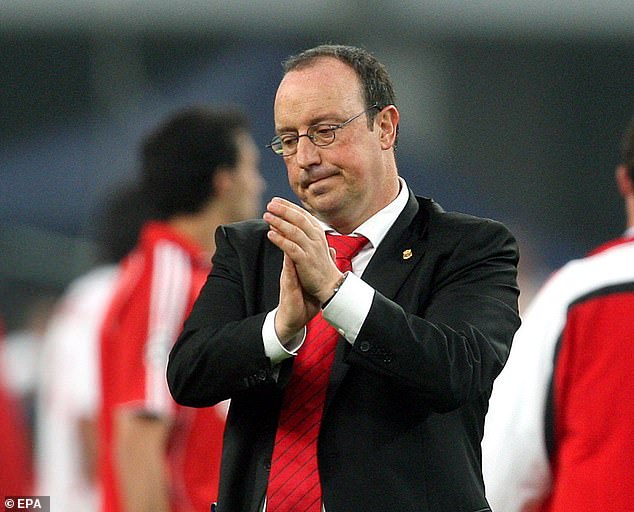 ‘It’s too painful. We were very lucky in 2005 and maybe Milan had a touch of luck in that game. I didn’t come away from the game thinking we’d done enough to win it.

‘You always have your manager’s hat on after but you look at Craig Bellamy on the bench that night, he didn’t come on when you had Maldini who was getting older at that time.’

Liverpool were able to keep the scores level, and even carved out several good chances, until just before the break.

When Xabi Alonso fouled Kaka on the edge of the box, Andrea Pirlo stepped up and saw his effort deflect off Inzaghi’s arm and into the net.

With Liverpool chasing the game, and Benitez withdrawing Javier Mascherano for Peter Crouch after 78 minutes, Inzaghi would collect Kaka’s pass and round Pepe Reina to score the second.

A late Dirk Kuyt header from a corner would halve the deficit, but Liverpool were unable to replicate the miracle of Instanbul two years earlier. 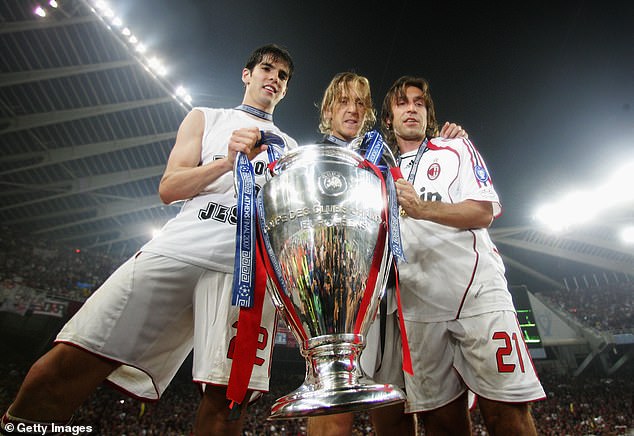 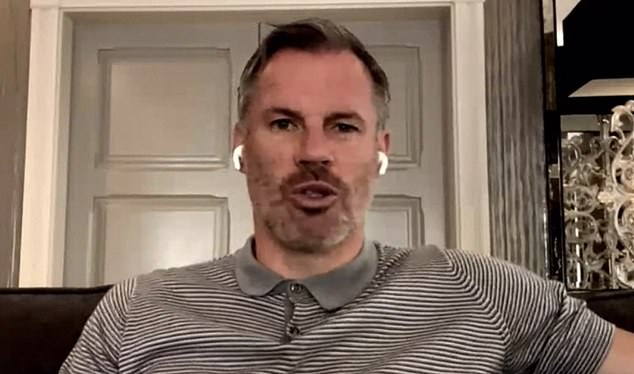 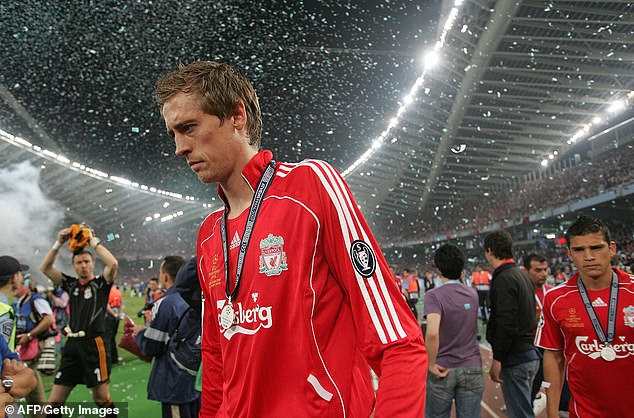 Carragher added: ‘You’re lucky to get that final and it would have been nice to finish it off. Crouch and Bellamy were on the bench and Dirk Kuyt was on his own up front.

‘It wasn’t really his role and he moved over to the right eventually.

‘The presence of Crouch and pace of Bellamy would have caused them problems. I think Rafa’s last sub was a full back for a full back.

‘I don’t know, just think why? Arbeloa came on for Finnan and that was a bit of a strange one. He got his subs right two years before though to be fair.’ 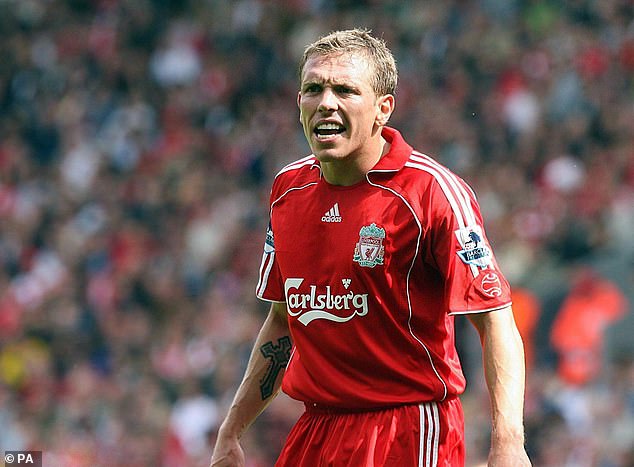 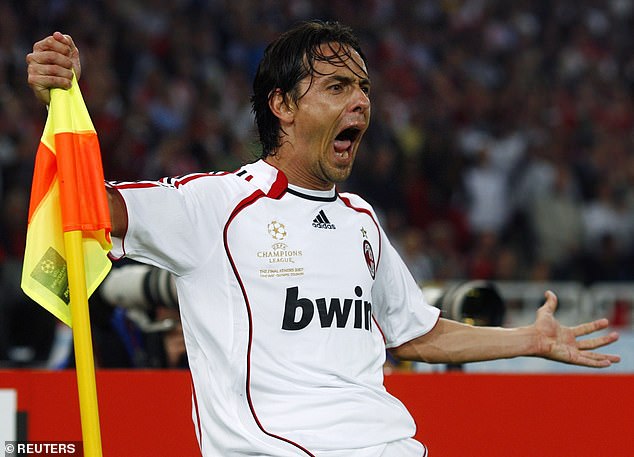 Carragher added: ‘If you remember in 2005 we never had a series holding midfielder and Kaka ran riot. In 2007 we kept Kaka quiet because we had Mascherano. When we were chasing the game he came off and Kaka played well again and set up Inzhagi for the second goal.’ 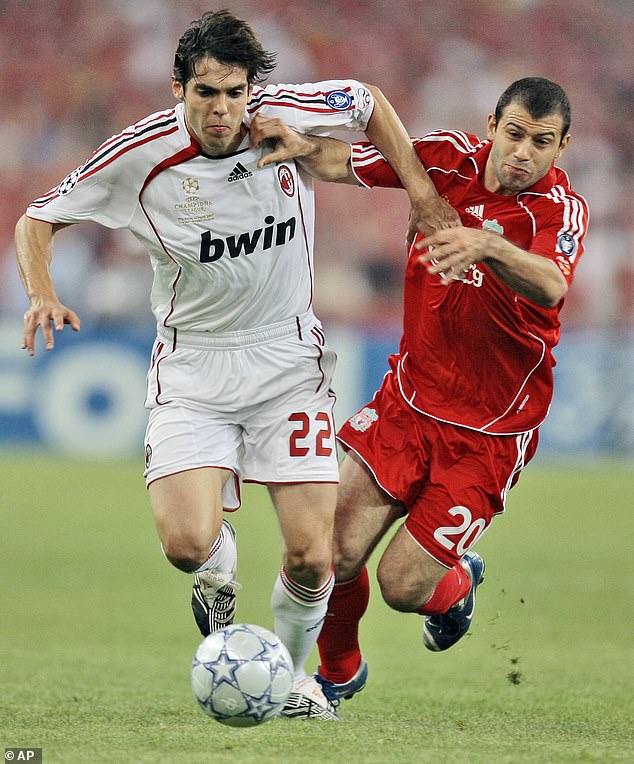 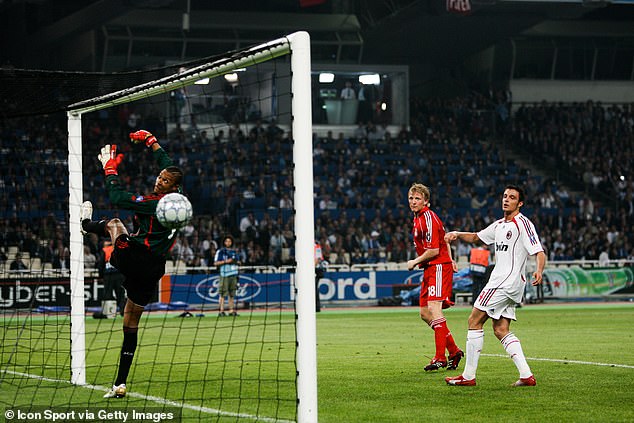 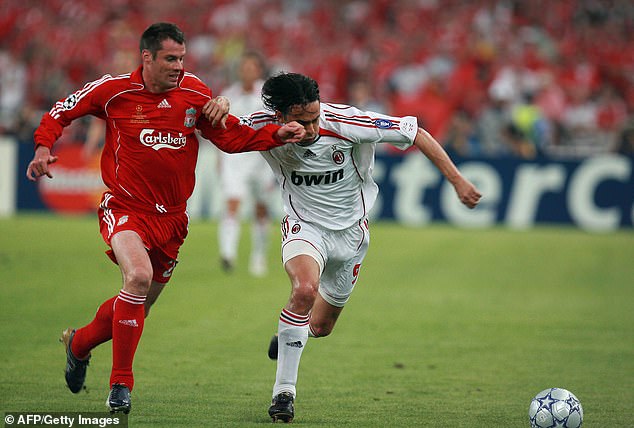 ‘He would score but you’d never notice him much in the game.

‘He was a master at goal-scoring. Inzhagi was similar to Andy Cole.

‘I played against Inzhagi once and we did well in the game. I found playing against Cole tough because he’d always want to run in behind.’ 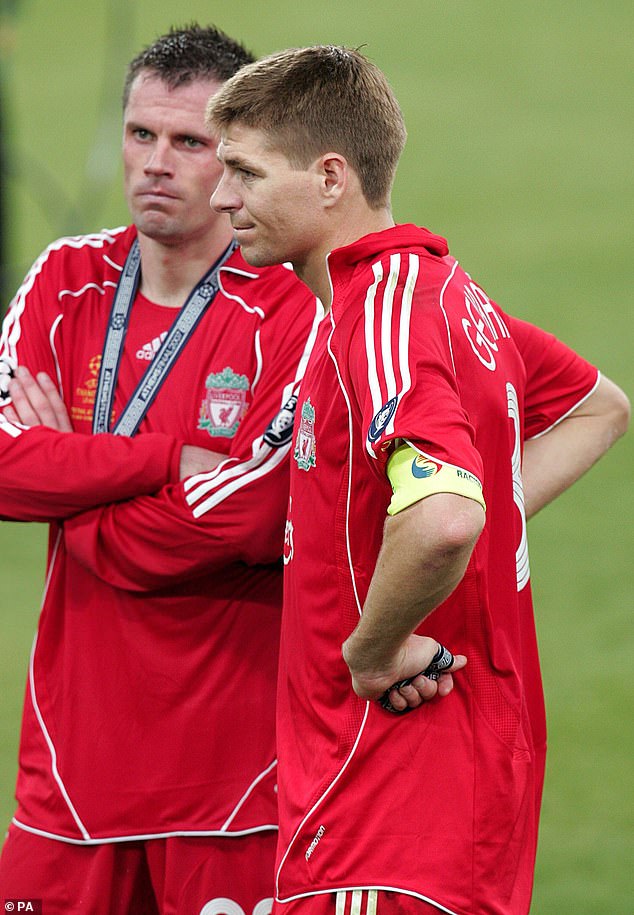