Jamie Carragher believes Timo Werner would not be a starter in Liverpool’s current front three but said he could become the player who got away for Jurgen Klopp.

Werner was heavily linked with a move to Anfield earlier this year to join forces with the likes of Mohamed Salah, Roberto Firmino and Sadio Mane, but eventually sealed a £53m move to Frank Lampard’s Chelsea instead.

The Germany international made his competitive debut for the Blues in their 3-1 win at Brighton on Monday and won the penalty that saw Jorginho put the visitors into the lead. Chelsea will face Liverpool next with the 24-year-old looking for his first goal for the club, but when asked if he could be one that got away for the Reds, Carragher replied on Sky Sports’ Monday Night Football: ‘He could be.

‘Right now, he wouldn’t get in the Liverpool front three.

‘Watching him for Leipzig, you think about how much he loves that left channel.

‘For Liverpool, you think of the greatest striker in the Premier League in Thierry Henry – who used to favour that left-hand side. 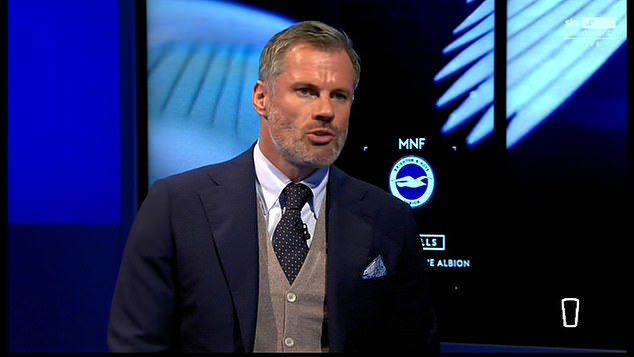 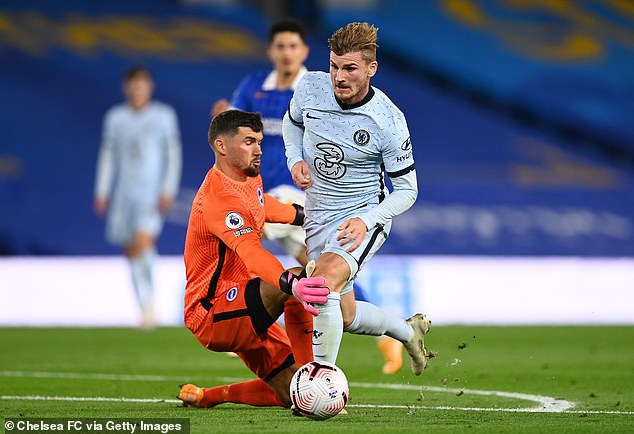 ‘He can play left of the front three, but predominantly, he will be the central striker.’

Werner netted 78 times in 127 league appearances for RB Leipzig before his move to Stamford Bridge, and Crouch believes he would have added a reliable goal threat at Anfield. 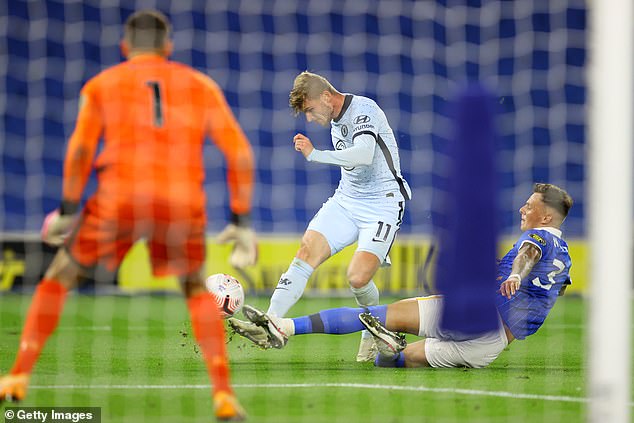 The German striker, 24, will be looking for his first Blues goal against Liverpool on Sunday

‘There are only so many times Mohamed Salah, who bailed out his team, and Sadio Mane can produce heroics,’ Crouch said.

‘Adding another midfielder — such as Bayern Munich’s Thiago Alcantara — or back-up striker would be welcomed. I have a feeling they missed a trick not getting Timo Werner.’

Liverpool’s loss however has proved to be Chelsea’s gain and Frank Lampard warned there is more to come from the German, who he hopes will recover from a dead leg to face the Reds on Sunday.