‘UEFA will be desperate for Man City to be beaten by Real Madrid… it’ll make a mockery of the competition if they win it’: Jamie Carragher claims crisis club should have been THROWN OUT of the Champions League after two-year ban

Jamie Carragher believes that Manchester City should have been thrown out of the Champions League this season after the club were rocked by a two-year ban for breaching Financial Fair Play rules.

The former Liverpool captain even claims that Pep Guardiola’s men could ‘make a mockery’ of the competition by lifting the prestigious trophy at the end of the season.

City have vowed to appeal against the exclusion to the Court of Arbitration for Sport, but Carragher is adamant that Pep Guardiola and his star players should remain loyal to the club.

The reigning Premier League champions were left reeling after UEFA announced the groundbreaking sanction, fuelling rumours that the manager and several members of his squad could trigger a mass exodus.

‘None of those players should be thinking about leaving Man City,’ Carragher said. ‘Those players are on 300k a week, but they’re getting paid wages they’re not supposed to be paying. They’ve been brilliant for Man City, but they haven’t won the European Cup.’

And Carragher also expressed his disgust that City have been able to retain their spot in the competition this campaign despite the punishment, adding: ‘I can’t believe they’re in the competition now. What would happen if City win this season? 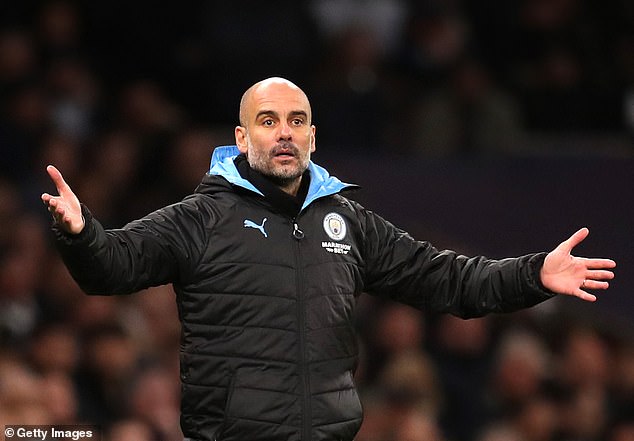 ‘It’ll make a mockery of the competition. UEFA will be desperate for Man City to be beaten by (Real) Madrid.

‘The first question Pep (Guardiola) will get asked, is this a fake win? The merits of the club… if they win it it’ll almost be tainted, it’ll be the biggest thing any team can do.

‘But the questions will be about should they be in it. UEFA should’ve taken them out of the competition right now, or waited. It’ll just be ongoing.’

Fellow pundit, and former Manchester United midfielder, Roy Keane described the ban as a ‘big blow’ for City – but admitted that the setback could heighten the club’s desperation to lift the European Cup this year. 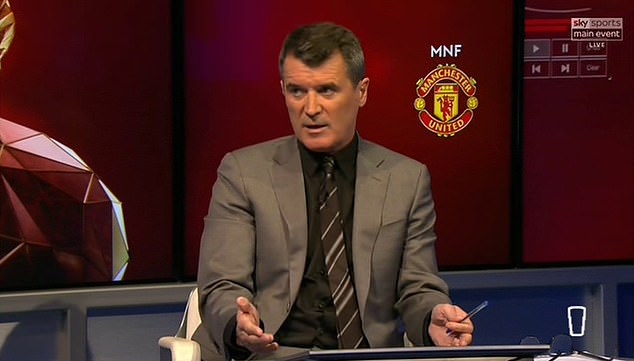 He said: ‘It’s difficult, a big blow to them from the players’ point of view. The gist i’m getting is they’ll appeal it.

‘One year you’ll get your head round it, two years is a big blow. It might make them more determined to try and win it this year. If they’ve done something wrong you’ve got to take your medicine.

‘Man City have never been in a final, there’s no guarantee they’re going to win. It’s very damaging for the club, the brand, attracting the best players.’

City travel to the Bernabeu to take on Real Madrid in the first leg of their Champions League Round of 16 tie on February 26.