Liverpool legend Jamie Carragher claims Manchester United get too much criticism at the moment and are not ‘as far away as people speak about’ from the Premier League title.

Ole Gunnar Solskjaer’s side are currently second in the Premier League, ten points behind runaway leaders Manchester City – but also put one foot in the Europa League final by beating Roma 6-2 in the first-leg semi-final on Thursday. 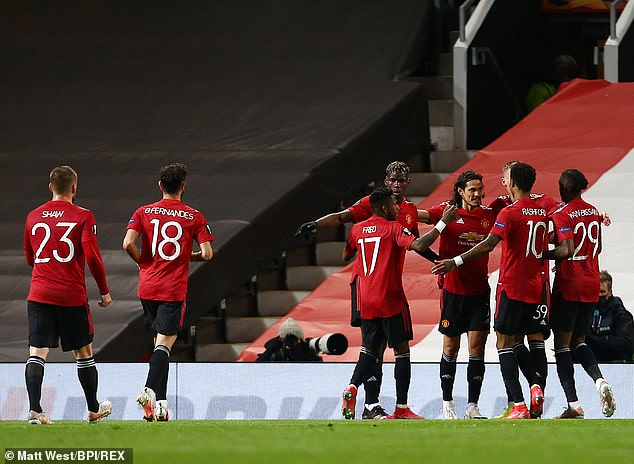 The ex-Liverpool defender told the Pitch to Post Preview Podcast: ‘How much of a leap would it be for Man Utd to win the title next season? It would be a jump, of course it would be.

‘But I actually think Man Utd get too much criticism for what they’re doing right now.  Man City are phenomenal – we’re talking about a team who were on the verge of doing the quadruple and could still do a treble.

‘Man Utd are ten points behind but when you see the distance that some teams in second and third have been behind (the champions in the past), ten points doesn’t sound too bad to me.

‘But I don’t think they’re as far away as people speak about, really. Some of the things they’ve done this season I don’t think some of the most famous teams in Man Utd’s history have achieved, in terms of going so long away from home without defeat. 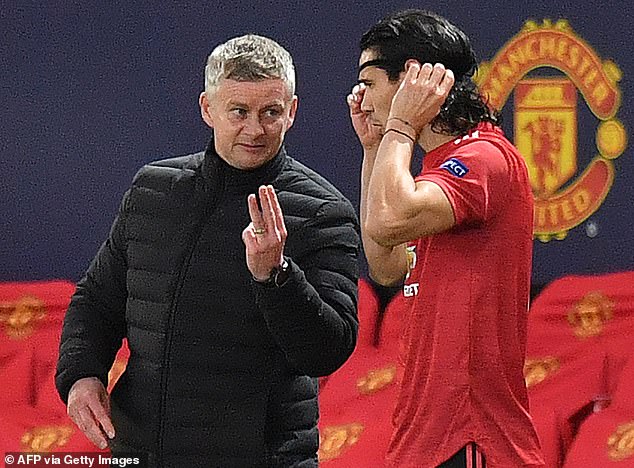 ‘So there’s a lot to be enthusiastic about, and a lot will come down to whether they can make that last step in the transfer market in the summer. They’ve had a really good season, and they’ll want to cap it off with a trophy as Man Utd need to be winning trophies.’

At the centre of the Roma victory was Uruguayan striker Edinson Cavani, who scored twice for United to take his tally to 12 for the season. The 34-year-old joined late in the transfer window on a free transfer but is third in United’s scoring charts behind Bruno Fernandes and Marcus Rashford.

Carragher claims Cavani should sign on for another season at Old Trafford but United should still go out and purchase a younger forward in the transfer market – in order to compliment the likes of Fernandes and Paul Pogba in midfield. 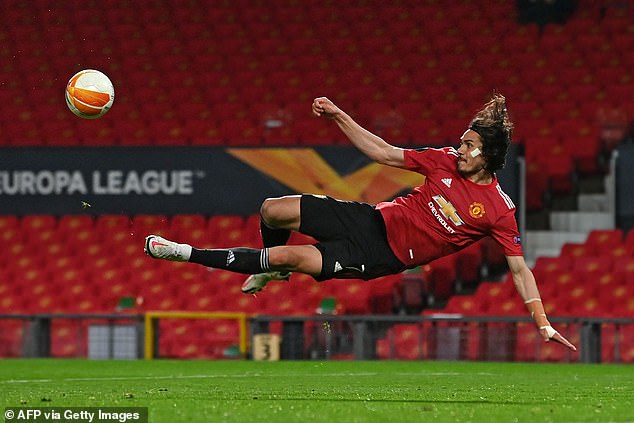 The Sky Sports pundit added: ‘When you look at the signing of Edinson Cavani, it may have raised a few eyebrows when it initially happened, but he’s been great and I feel it’s imperative now that he signs again.

‘Bruno Fernandes has been like that ever since he signed but we’ve only seen it in glimpses from Paul Pogba. If they can get Pogba playing more often like that, they’d be very potent.

‘Together, they’re two of the most creative and best-quality players within the Premier League and Ole seems to have now got that balance right by playing Pogba from the left. 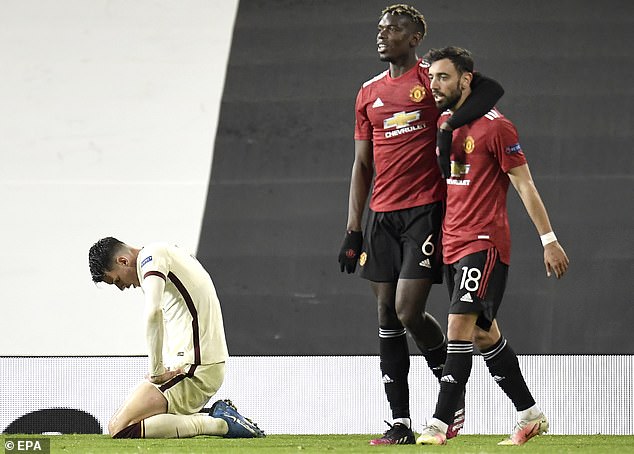 ‘I think they could maybe improve at centre-back but they need a young Cavani, basically. That’s what the club needs. They’ve persisted with Anthony Martial as the striker for a couple of years.

‘He’s a good player, but I don’t think he’s a great player who’ll take them to a Premier League or Champions League title, which is what they need.

‘So two players at both ends of the pitch – a centre-back and a centre forward – and then I don’t think they’re that far away.’