JAMIE CARRAGHER: Here’s why John Terry has to be my No 1

An era is coming to an end after John Terry announced he will leave Chelsea at the end of the season.

I’ve spoken about his qualities many times in these pages, so to look at what he has added to our game in a different way, I’ve decided to name my top 10 centre backs who have played in the Premier League.

This is something I’ve enjoyed compiling, because I’ve reflected on so many different centre backs, but it has also had a bittersweet feel, given the desperately sad news of Ugo Ehiogu’s premature passing. 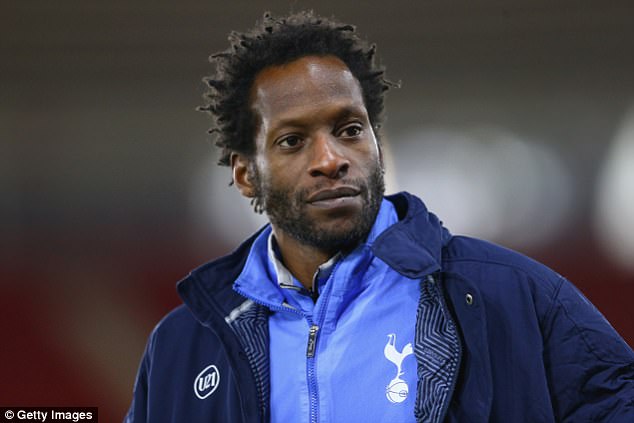 My type of defender, someone who would put his body in front of anything to stop a goal. It should not be forgotten, though, what a great footballer he is and I know from playing alongside him how effortlessly he could ping a 60-yard pass with his left foot.

During Jose Mourinho’s first spell at Stamford Bridge, with Terry commanding in the middle and Petr Cech in goal, it felt almost impossible to score against them.

Chelsea only conceded 15 goals in 2004-05 en route to the title and that season signalled the start of five consecutive years of him being named in the FIFPro World XI. 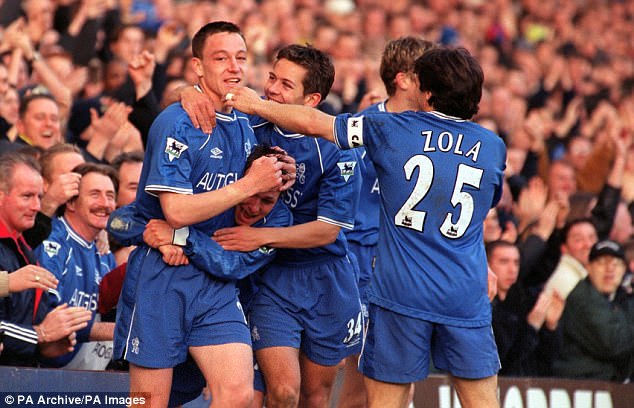 Terry has been at the club since he was 14, and has been in the first team for almost 20 years

The only reason he doesn’t top this list is because I feel his best days were for the George Graham Arsenal sides who were crowned champions in 1989 and 1991, plus Terry is better with the ball.

Still, Adams won four titles in three different decades, which shows how he adapted his game as the demands on central defenders changed.

The best evidence for that is his famous left-foot half volley against Everton at Highbury to seal the title in 1998. 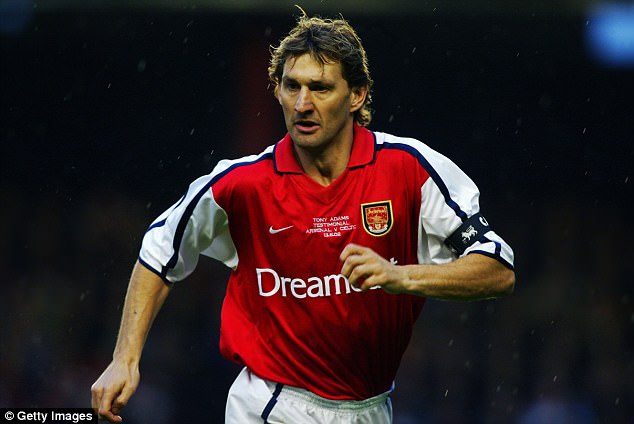 The best footballing central defender on this list. Ferdinand had the skill to be a midfielder and that was where he played when we had our first battle in the 1996 FA Youth Cup final, when Rio was with West Ham.

But don’t be fooled that his ability on the ball affected his defending. He ended his career with 189 Premier League clean sheets. His partnership with Nemanja Vidic was one of the best in Europe during a spell when Manchester United reached three Champions League finals in four years. 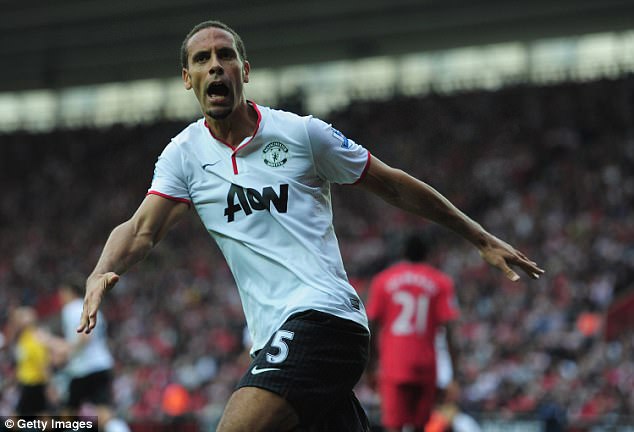 A man mountain. For three years, before injury problems took hold, I wouldn’t have wanted any other central defender in the world in my team. He had everything: pace, power and aggression, as well as ability on the ball.

He produced one of the best performances I’ve seen from a defender when City beat Manchester United in September 2013. City have spent hundreds of millions to find a partner or replacement for him, but haven’t got close.

Kompany cost £6million from Hamburg in 2008. It is the best transfer business that City have ever done. 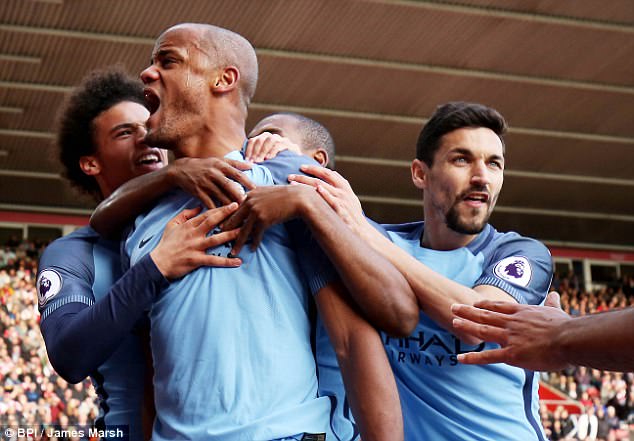 Some might be surprised that this master of the dark arts has taken such a high place in my list but I thought he was brilliant. Carvalho was an expert reader of the game, very good and cool on the ball, but also very aggressive.

I like the fact that, like me, he wasn’t the tallest or most physically imposing but he always got the job done.

I called him a ‘magnet’ after one game between Liverpool and Chelsea because the ball kept being drawn to him. His partnership with Terry is the best I’ve seen in the Premier League. 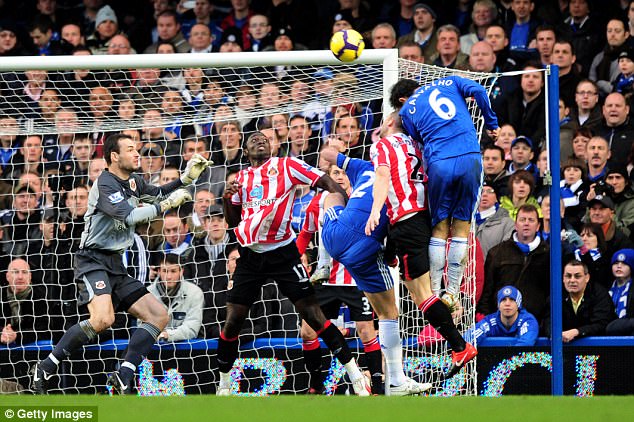 I would have loved to play alongside him and I almost did. Rafa Benitez thought he had signed Vidic in December 2005 but Manchester United came in and gazumped Liverpool.

Vidic was one of the main reasons Sir Alex Ferguson wrestled the title back from Mourinho in 2007. I was tempted to move him higher up this list but I can’t forget some of the games he endured against Fernando Torres! 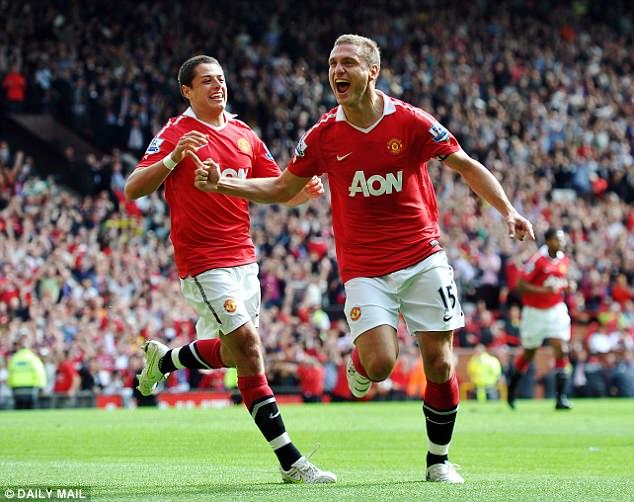 When Ferguson admits a mistake in selling a player, he must be good! I faced Stam four years after he left the Premier League in the 2005 Champions League final. He was a massive influence for Manchester United, particularly in the 1999 Treble season. The reason they had not won the Champions League until that point was that they had never had a central defender of Stam’s quality. 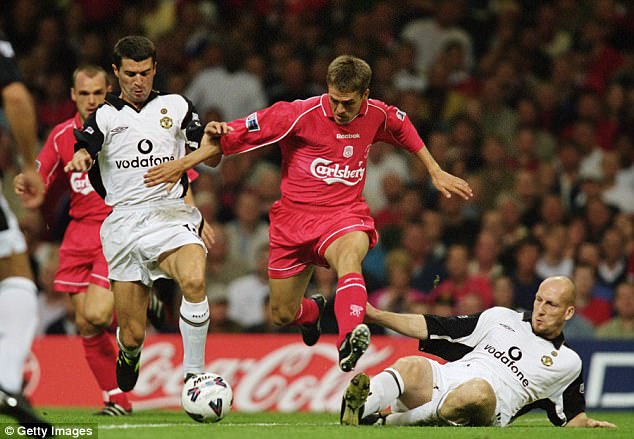 We talk about the Arsenal ‘Invincibles’ of 2004 and the team who won the Double two years earlier and drool over their attacking play.

It is easy to forget, though, that virtually the same squad had won nothing for three years. That changed with the controversial free-transfer signing of Campbell. If Liverpool had taken him from Tottenham, it could have been us winning those titles because we finished second to Arsenal. 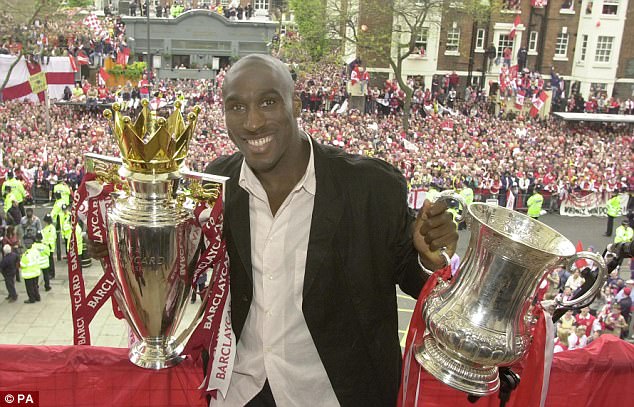 He came here after winning the 1998 World Cup with France. I don’t think he showed his best over six years, but when he was on form it was a man against boys. Michael Owen always said he was the best he’d played against. Had Desailly been here during his peak, he could easily have been in top spot. 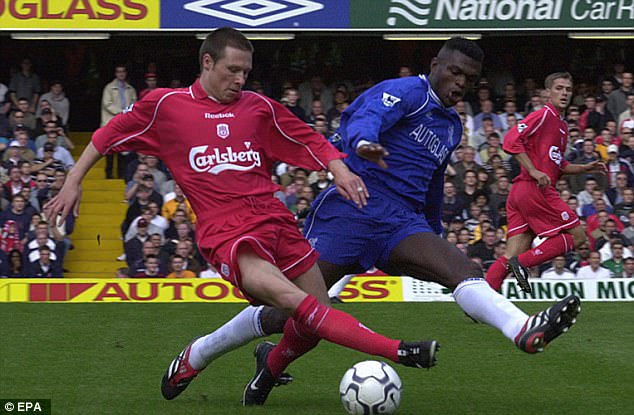 One of the greatest pieces of business Liverpool did was getting big Sami for £2.5m from Willem II in 1999. What followed was a decade of supreme consistency.

He transformed our defensive record and won 10 trophies. The only thing he lacked was pace but he was the best partner I had at club level and our numbers over eight years were excellent.

So that’s it. No place for Ledley King or Jonathan Woodgate, both of whom had rich talent but were prevented by injuries from scaling greater heights and couldn’t match my top 10 for honours. I also decided to leave out myself as I think it’s only right John Terry gets the accolades this week! Feel free to join the debate. 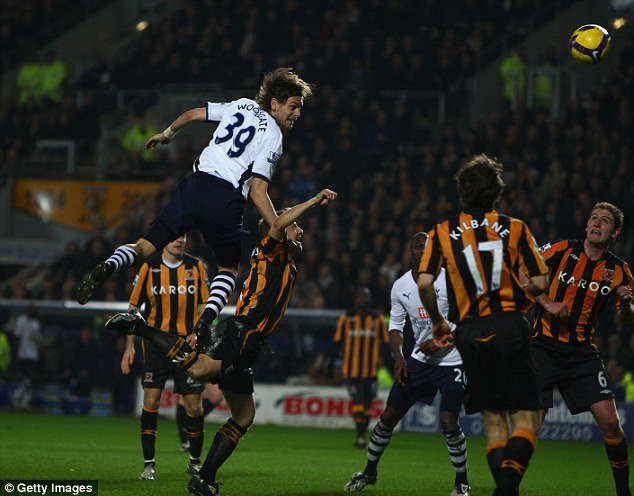 MAN OF THE WEEK: CHRIS HUGHTON

Brighton became the 48th team to enter the Premier League and nobody at the club is more deserving than the manager.

The job he has done is remarkable. Brighton’s players would have been shattered by the disappointment they suffered of missing out on promotion 12 months ago and they had to compete with a rival as formidable as Newcastle, who have a Champions League-winning manager.

Newcastle spent heavily and had a Premier League wage bill to boot but still Brighton would not be kept at bay and Hughton has enabled them to fulfil their ambition.

I love it when we get a new addition to the top flight and I hope they do well next year. The odds, of course, will be against them but they only need look down the south coast to Bournemouth and see what can be done. They are the perfect example for Brighton to follow. 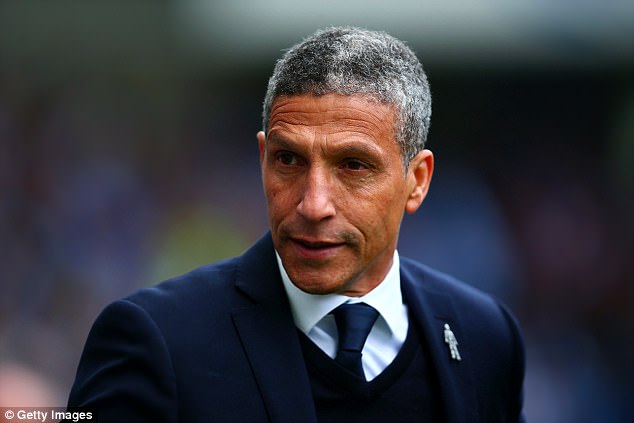 The Leicester fairytale that spanned almost two years came to an end on Tuesday, when they gave one of the best teams in Europe the fright of their lives in a pulsating second half.

That was due to the performance of the players but, more importantly, the changes Craig Shakespeare made at half-time were huge. He switched to a 3-4-3 formation, something he had worked on in training beforehand and that shows great attention to detail.

Shakespeare has a contract until the end of the season but, really, Leicester’s owners should now be preparing a long-term deal. He deserves the job long-term after saving them from relegation and the performances he sparked in the Champions League.

He has got the team firing again and the players seem to enjoy working with him – and we all know that is very important at Leicester! 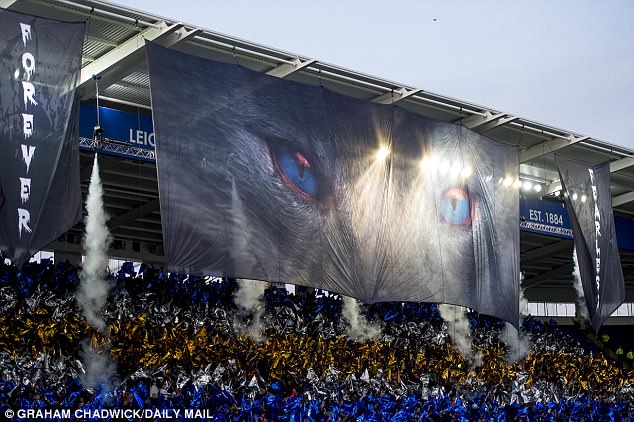