Jamie Carragher has joked Sadio Mane would ‘have me to deal with’ if he decided to join Bayern Munich but insists the Liverpool star will not be leaving the club after he was linked with a summer move to the Bundesliga champions.

Mane — who scored the winning goal in Liverpool’s 2-1 victory over Aston Villa on Tuesday night — is entering the final year of his contract like Mohamed Salah but, as yet, no significant discussions have taken place about extending his stay at the club, which began in June 2016 after he signed from Southampton. 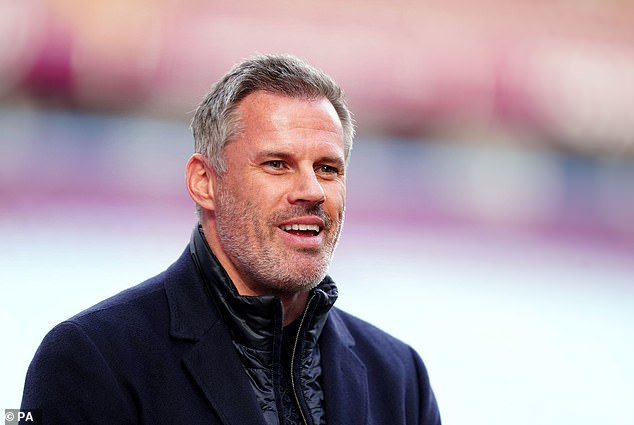 Some sources have insisted that Mane’s name had not been discussed, with the player’s agency also looking after Bayern forward Serge Gnabry.

But former Reds defender Carragher paid tribute to Mane’s fitness, and said he would not allowed the Senegal international to join Julian Nagelsmann’s men.

‘When I have watched Liverpool as a fan, Sadio Mane is my favourite player,’ he told Sky Sports. ‘There is just something about Mane. He’s sacrificed himself at times and the shift he puts in.

‘He, along with Salah, has been doing that for five years – they are never injured! They are there week in, week out for 90 minutes, getting the numbers up there every week. What they have done for this football club is unbelievable.

‘I’m a huge fan of Sadio Mane and I can assure you he will be going nowhere because I will not let him go to Bayern Munich, he’d have me to deal with!’ 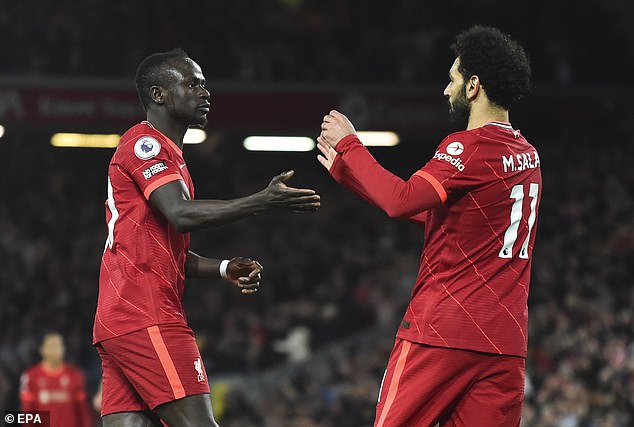 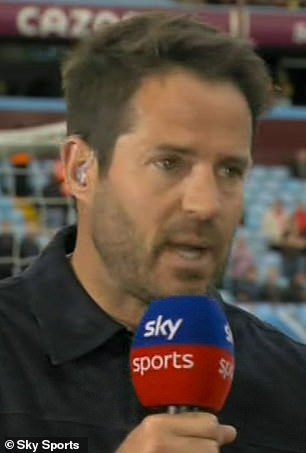 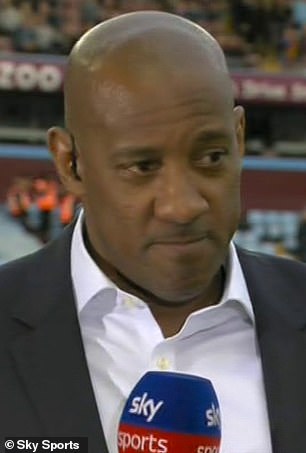 Jamie Redknapp and Dion Dublin also urged the Reds to do everything to keep Mane at the club.

Ahead of Liverpool’s Premier League victory at Villa Park, Redknapp said: ‘He [Mane] sets the tempo. He has every single technique you want, I’ve been so impressed with him.

‘There’s been talk of Bayern wanting him – you cannot let him go, he’s as important as any of them. Luis [Diaz], [Mohamed] Salah, any of them.’

Dublin added: ‘His numbers are incredible, only getting better. Klopp has managed that front four and five amazingly. 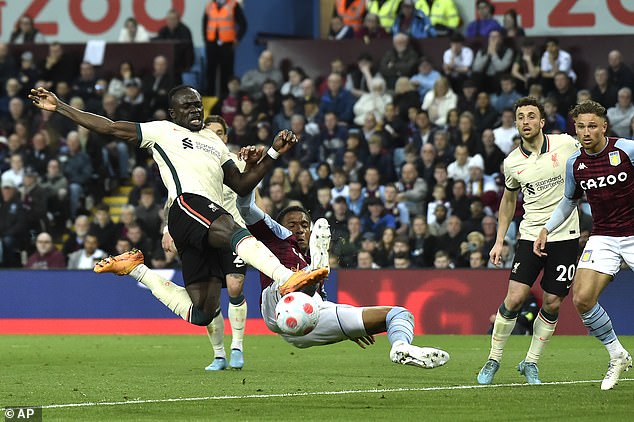 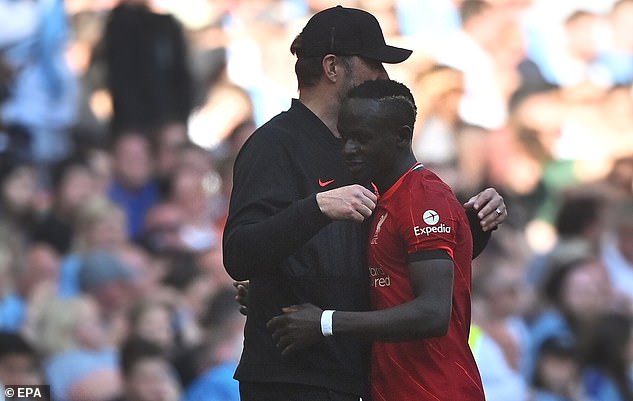 ‘It suits him being up front (rather than left wing). He can put himself in goalscoring positions. Firmino, Jota, they’re great team-mates to have.’

Mane’s performances for Liverpool this season have been strong, particularly since the turn of the year.

He has scored 22 goals in all competitions – including Tuesday’s winner at Villa Park – and recently has thrived in a central striking role, with new signing Luis Diaz excelling on the left.

Diaz’s January arrival was seen as a sign that the Reds were planning for life after Mane, and Liverpool have also secured the capture of exciting Fulham teenager Fabio Carvalho, a player who can play across the forward line.

The link to Bayern took Anfield officials completely by surprise. Mane has never given any indication that he is doing anything other than preparing for the five games that could yet see Liverpool complete a clean sweep of trophies. 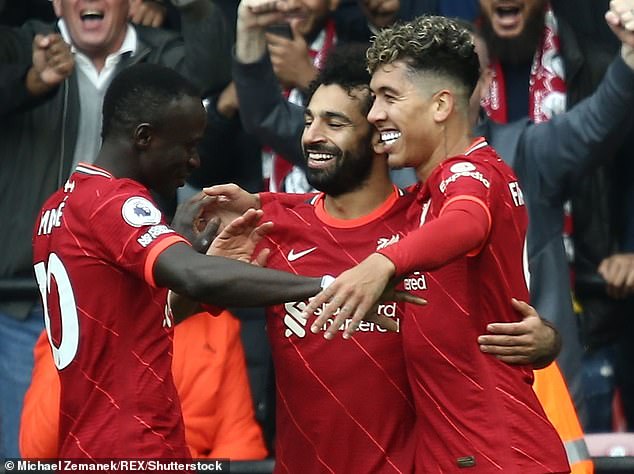 But the timing of this link emerging is significant, as Bayern have historically found themselves in the middle of big transfer stories in April or May which have come to fruition — such as when they signed Mats Hummels, Mario Gotze and Robert Lewandowski from German rivals Borussia Dortmund.

It has been a relatively underwhelming season for Bayern. Though they were crowned Bundesliga champions for a 10th year in succession, they were eliminated early from both the Champions League and the German Cup and recognise the need to improve their squad to be serious contenders again in Europe.

Liverpool and Bayern have not given any comment about the links but it is clear there is significant work to be done if Mane is going to remain at Anfield for the long term.

His fellow forwards Mo Salah and Roberto Firmino are both in similar contractual situations.

Klopp, who signed his own contract extension recently, views both Mane and Salah as key players for Liverpool’s future. 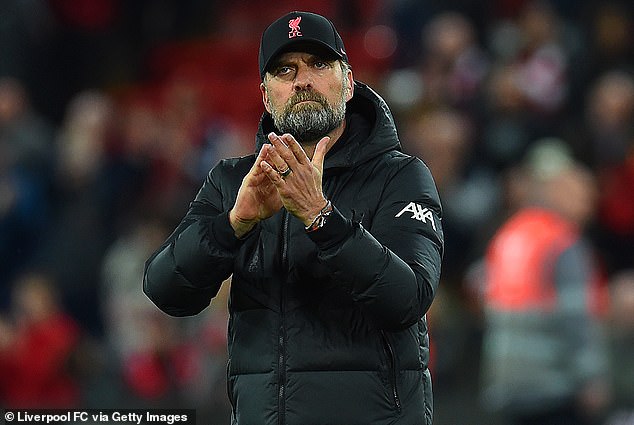 ‘You have to ask the boys,’ Klopp replied when asked about their futures earlier this month.

‘If it’s (me signing a new deal) is a positive sign for the boys, great, but I don’t think it will be decisive.

‘That’s more of a question for the boys, to be honest. But it’s all fine, I really think they are both great. They have more things to think about than the management, but it’s an important thing.

‘I have a great relationship with both boys.’