Jamie Carragher poses for a selfie with a mother and daughter

Jamie Carragher appeared jovial as he posed for selfies with fans today after learning he will not face charges for spitting at a 14-year-old girl.

The shamed pundit was photographed rolling up to the launch of the Run for the 96 5K in his Range Rover.

Around a dozen photographers awaited the football analyst’s arrival at Stanley Park in Liverpool, Merseyside.

The 40-year-old smiled for the cameras as he posed with former Everton striker Graeme Sharp and ex-Liverpool left back Alan Kennedy.

Carragher was yesterday suspended from his £1million-a-year Sky Sports job until the end of the season after admitting to spitting at a family from his car.

The football analyst will not appear on any programming with Sky until at least May as it was also revealed today that police would not press charges over the incident.

After the star was spoken to by officers from Greater Manchester Police yesterday afternoon, the force said it ‘agreed’ a prosecution was not in the public interest.

More than a dozen photographers awaited the football analyst’s arrival at Stanley Park in Liverpool, Merseyside Yesterday, Carragher called for the father who filmed him spitting out of his car to be left alone after he claiming to have received ‘death threats’

But a crime of assault has been recorded over the incident, as per police policy.

Sky said it would review Carragher’s role before the start of the next football season, which begins in August.

Yesterday, Carragher called for the father who filmed him spitting out of his car to be left alone after he claiming to have received ‘death threats’. 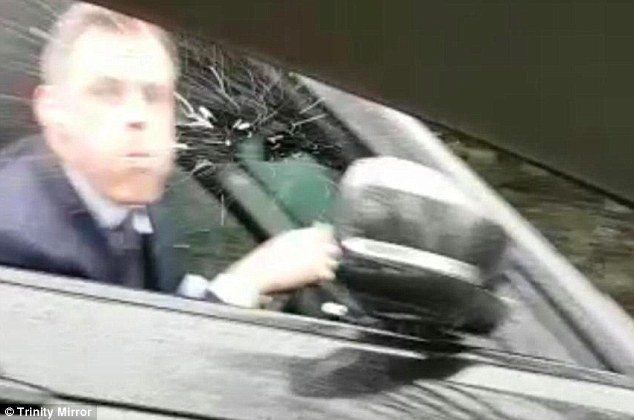 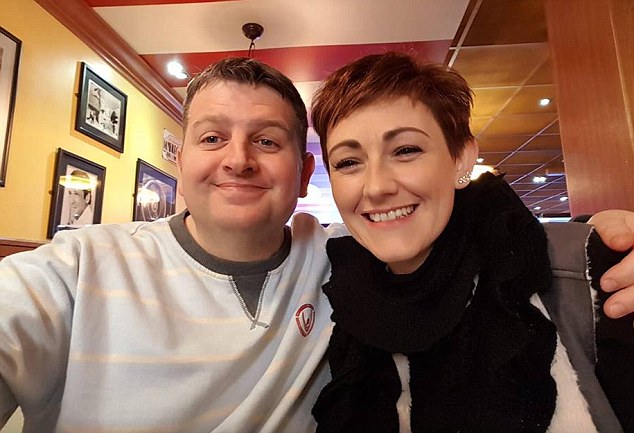 The TV pundit tweeted his support for Andy Hughes, adding that he was the ‘only person to blame’ for the incident.

A statement from Sky said: ‘Following an internal review, Sky has suspended Jamie Carragher for the remainder of the football season.

‘Jamie has taken full responsibility for what has happened and we will ensure he gets the help he needs to guarantee something like this never happens again.

‘Before the start of the next season we will sit down with Jamie to discuss whether he is ready to return to his role.’

Mr Hughes, a Manchester United fan, used his phone to record the shameful incident that has left Carragher clinging on to his £1million-a-year Sky Sports job.

This morning, Carragher tweeted: ‘I’ve made a big mistake and accept full responsibility.

‘I am the only person to blame for this sorry situation, so please leave the family alone.’

In the footage his daughter can be heard saying: ‘He spat on me.’ Mr Hughes asks her: ‘Where did it hit you?’ The schoolgirl replies: ‘On my face.’

His daughter then burst into tears, Mr Hughes claims. The girl’s 38-year-old mother Sarah was also in the car.

It is now thought that Mr Hughes could himself face a £200 fine and six penalty points for using his mobile phone to record Carragher while at the wheel of his car. 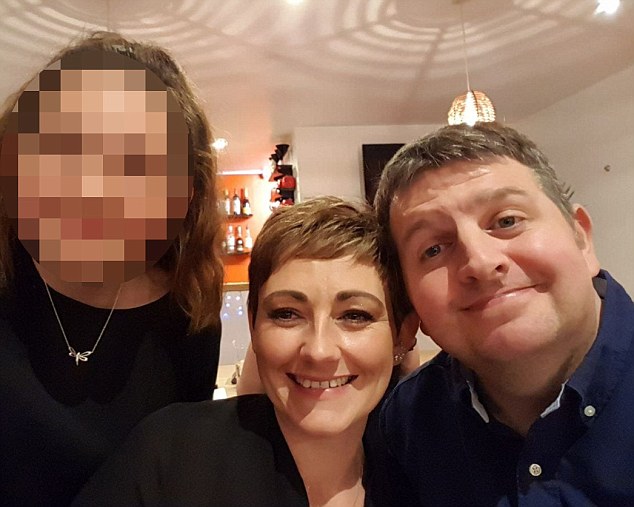 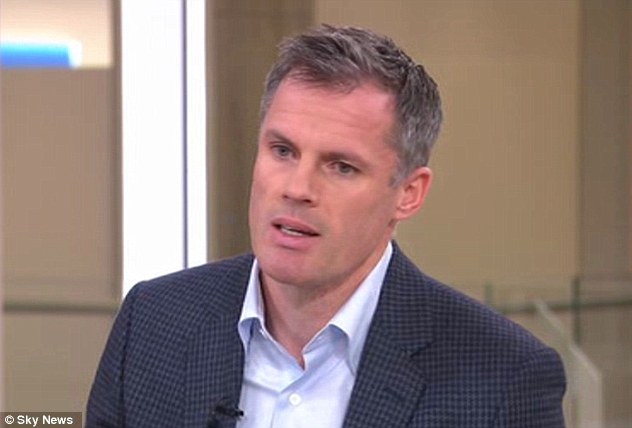 He has pleaded with Sky Sports not to axe the Liverpool legend from his lucrative pundit role as he revealed that the saga had led to death threats on social media.

He told The Mirror: ‘We have been feeling under siege. It has been really worrying.

‘I have received threats, death threats and all kinds of abuse, and I don’t know how to deal with it. I worry for my ­daughter’s safety, I really do.’ 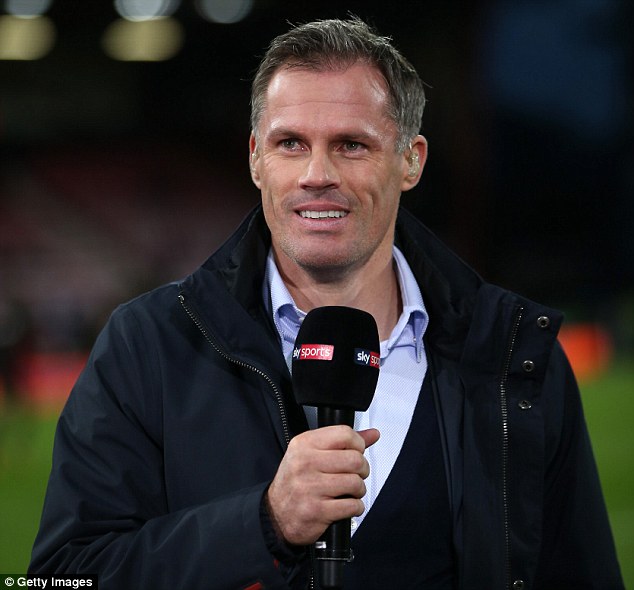 BBC presenter Jeremy Vine said in a tweet that the person filming Carragher should be jailed for using a mobile at the wheel.

The Radio 2 host hit out at Carragher, branding his actions ‘disgusting’ and ‘certainly sackable’ but implied that using a phone on the motorway was worse as the man should go ‘straight to jail’.

‘Filming on a mobile while driving a car with a child in the back, on a motorway, paying no attention whatsoever to the road: straight to jail.’

Carragher, who claimed Mr Hughes goaded him, has been suspended by Sky Sports and he has been axed by Danish channel TV3 Sport.

‘All I can do now is obviously speak to you and speak to the family again and apologise as much as I can.

‘I am being vilified and rightly so because if someone in that game had done that – I was commentating on the Manchester United vs Liverpool game – I would have to vilify them for the next few days.

‘It’s difficult to explain, the moment of madness, it was four of five seconds. I lost it and I made a huge mistake – I wish I could go back.

‘I have never done it before and I will never do it again, I can just try and go back to the person that I am.’

Speaking about his future, he added: ‘I have not offered that (my resignation), I am working out the best way to go forward.’ 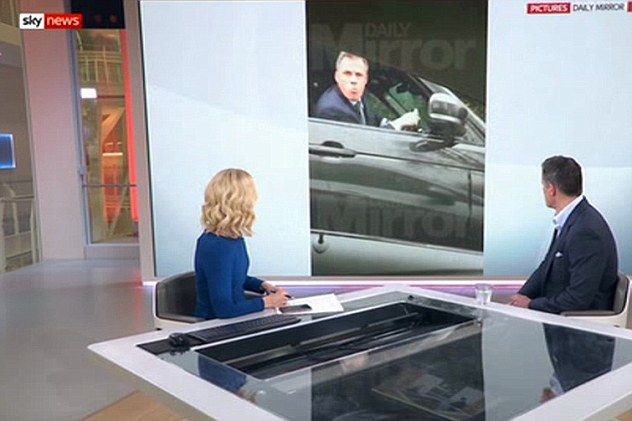