‘Just don’t go to Valencia, stay here!’: Jamie Carragher revels in Adam Lallana’s taunt towards Gary Neville for his disastrous stint in management when quizzed about his brief spell coaching his Brighton team-mates

Brighton & Hove Albion midfielder Adam Lallana could not help but poke fun at Gary Neville for his disastrous stint in management while reflecting on his own brief spell as a coach.

The former Liverpool and England international is still playing, but briefly stepped up to the role of first-team coach to assist Seagulls caretaker manager Andrew Crofts following the departure of Graham Potter to Chelsea in September.

The 34-year-old did not actually get the chance to coach the Seagulls from the sidelines as their fixture against Bournemouth was postponed after the death of Queen Elizabeth II. 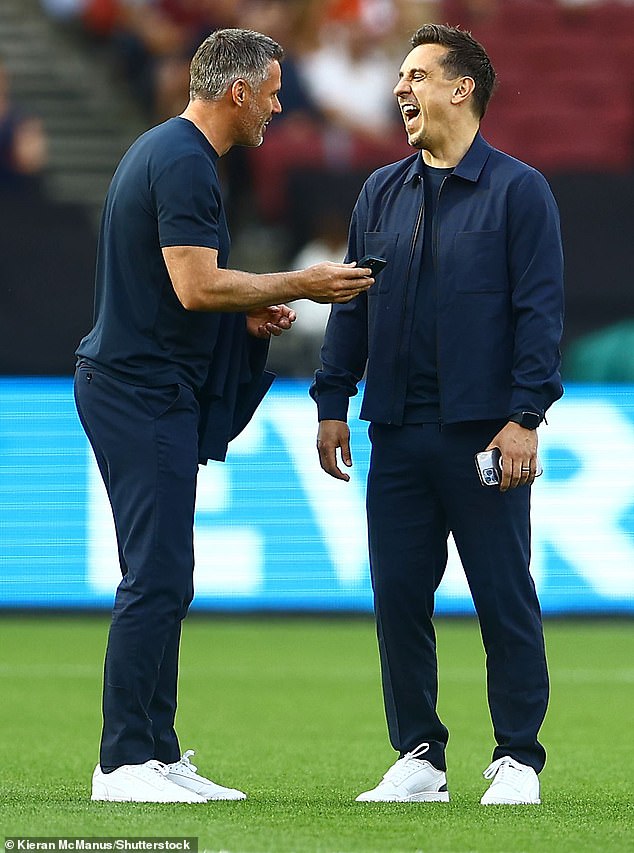 Roberto De Zerbi was swiftly appointed after that as the permanent replacement for Potter – therefore meaning Lallana could go back to focusing on his playing career.

The former Southampton midfielder was, however, quizzed by pundits Gary Neville and Jamie Carragher about coaching his team-mates ahead of their 2-0 defeat to Brentford in the Premier League.

Lallana opened up on the added demands of his management role – and then aimed an amusing dig at the former Manchester United defender. 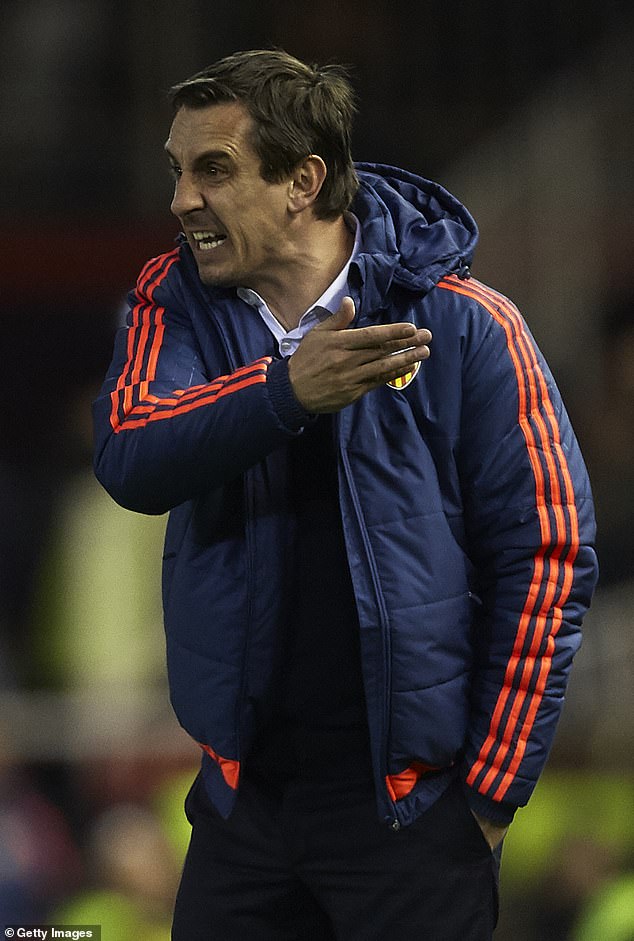 Neville, 47, infamously took charge of Valencia for four months between 2015 and 2016, winning just three of his 16 La Liga games and failing to keep a top-flight clean sheet before he was sacked.

‘I was fortunate enough a couple of weeks ago to dip my toes into it. It’s something I thoroughly enjoyed,’ Lallana told Sky Sports before beckoning to Neville.

‘It’s different, longer hours and you don’t understand how much work goes into it – you obviously found that out as well.

‘I was very fortunate to be given that opportunity. I’ve still probably got a year or two left in me [as a player], but it [management] is something I think I will go into.’ 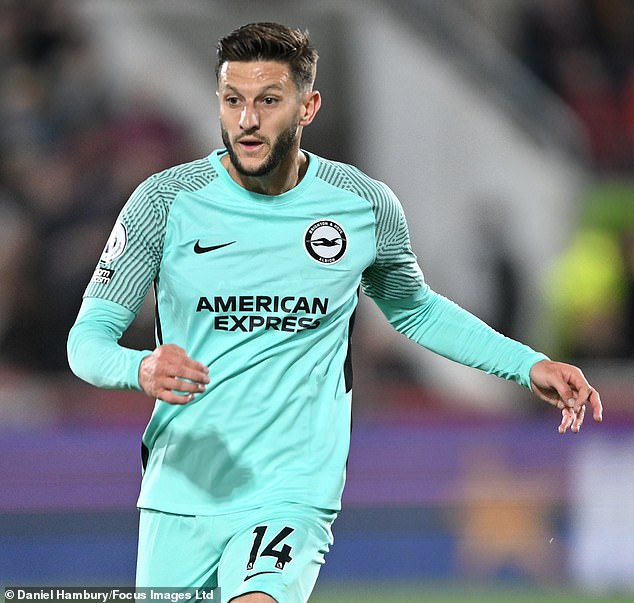 Lallana was named on the bench for Brighton’s trip to the Gtech Community Stadium having made five Premier League appearances this season.

The Seagulls, however, suffered a 2-0 defeat to Brentford thanks to a brace from in-form striker Ivan Toney.