‘I don’t know how they go back and speak to their families and wives’: Jamie Carragher slams PSG stars for diving in victory over Liverpool saying ‘they should be embarrassed’

Jamie Carragher has slammed Paris Saint-Germain players for diving in their Champions League victory over Liverpool on Wednesday night.

Reds manager Jurgen Klopp took a swipe at the Ligue 1 side’s gamesmanship as another away defeat in Europe left Liverpool facing a final group game cliff-hanger.

It was Neymar, whose actions incensed Liverpool’s players as he was the main protagonist in some serious gamesmanship from PSG. 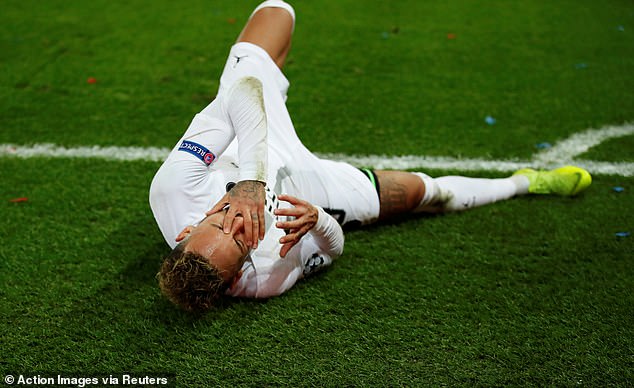 It was Neymar, whose actions incensed Liverpool’s players as he was the main protagonist 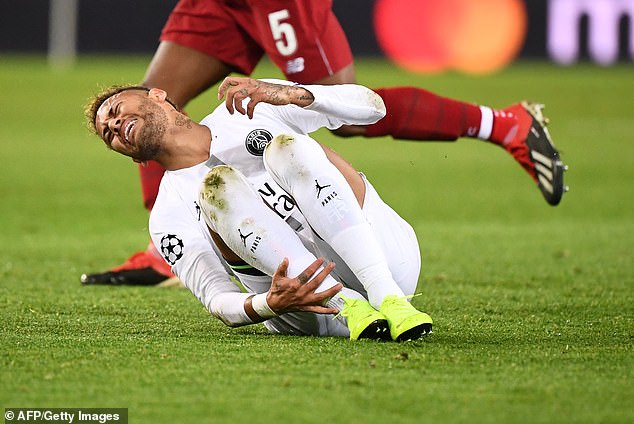 Former Liverpool defender Carragher understood where Klopp was coming from and labelled the Brazil star as ’embarrassing’.

‘It was very frustrating. I think with Neymar it was even in the first half, we’re talking about one of the best players in the world, but watching him tonight was embarrassing,’ Carragher said on Viasport.

‘If he continues that through his whole career, he’s going to be remembered for that rather than the great player that he is and it leaves a sour taste in the mouth really and I have no sympathy really with the PSG players if Klopp is frustrated with them, that’s understandable. 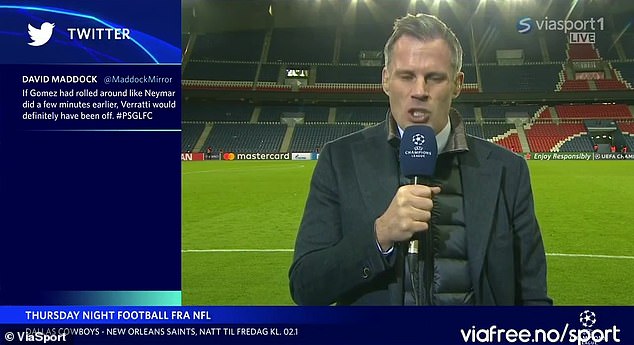 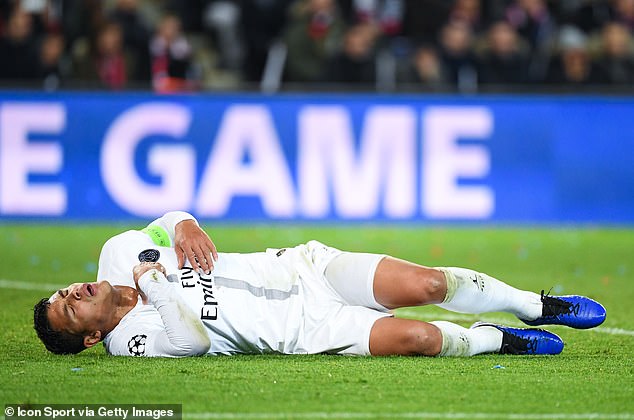 ‘Even Thiago Silva, the captain, the centre back, rolling around in the corner near the end holding his face.

‘This is a great team PSG with some great players, they don’t need to resort to these tactics, they should let the football do the talking.

‘You’re frustrated as a Liverpool supporter but as a football fan, people watching all around the world they should be embarrassed. 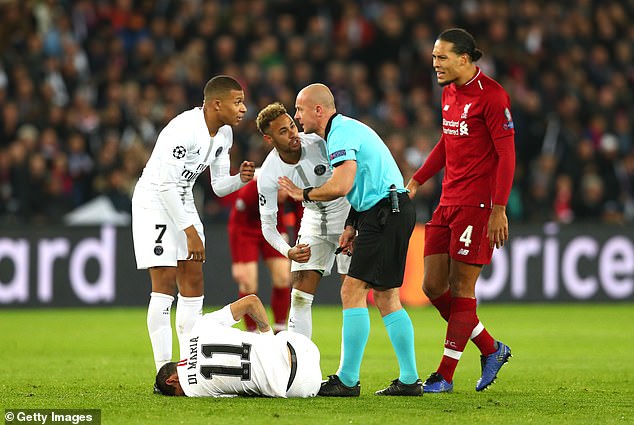 ‘I don’t know how they go back and speak to their families and wives in the players lounge.

‘You know rolling around on the floor like that, the only time you see that is children at kindergarten.’

Liverpool can still reach the last-16 if they beat Napoli 1-0 or by two clear goals on December 11.