Jamie Carragher had a laugh at Gary Neville’s expense as he saw him for the first time since Liverpool’s Champions League win.

The Reds overcame Tottenham Hotspur on Saturday night in Madrid to capture the trophy for the sixth time in their history, also moving level with Manchester United on 42 major honours.

It would have been a blow to Neville, given his allegiances to United. 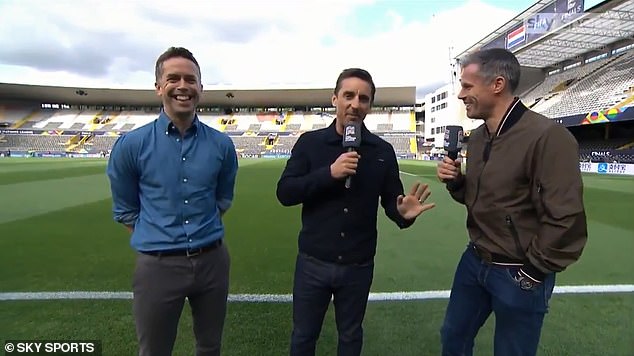 And ahead of England’s Nations League clash against Holland, Carragher and Neville met on the touchline of the Estadio D. Alfonso Henriques stadium.

Neville starts off the jokes by saying: ‘He hasn’t been home or slept since the Champions League final.’

Carragher then asks whether Neville has slept, to which the former right back replies: ‘No. I’ve been hiding’. 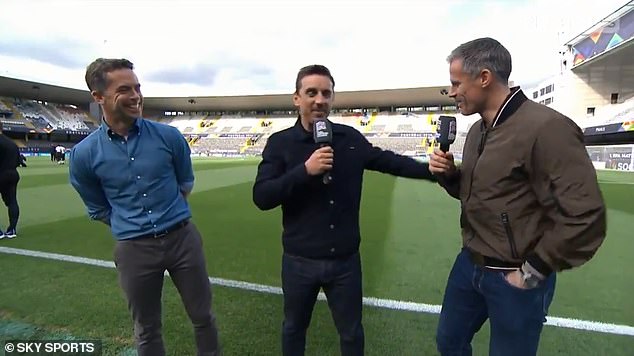 The former Liverpool man then jokes about Neville looking like Shakin’ Stevens while the United hero questions Carragher’s haircut and compares him to Liam Gallagher ‘after a three day bender’.

Carragher then clarifies, jokingly, that ‘mine was a six (day bender).’

And when Carragher asks him how he feels about Liverpool’s Champions League win, Neville replies: ‘I’ve got nothing to say at all. In fact, let’s move on.

‘England have got a massive game here tomorrow. I’m looking for more professionalism from Sky Sports pundits and presenters.’ 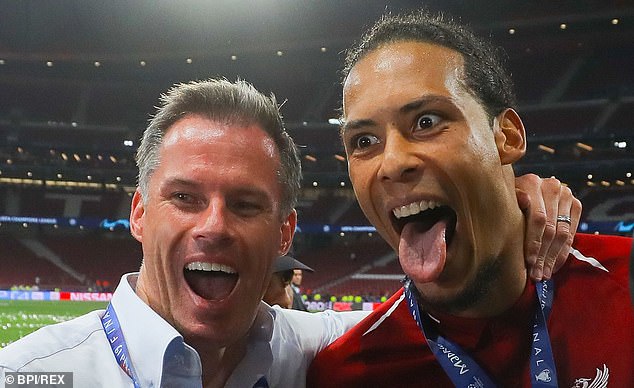