Jamie Murray is one victory away from becoming Britain’s most successful Grand Slam player of the Open era after he and partner Bethanie Mattek-Sands reached the mixed doubles final at the Australian Open.

If the British-American duo win on Saturday, Murray will claim his eighth Slam title, moving him clear of Virginia Wade, with whom he currently holds the national record.

‘I didn’t know that,’ said the 33-year-old. ‘It’s not something I’d ever thought about but I guess that’s a cool record to have. But I’ve not done it yet.’

Murray and Mattek-Sands, who have won the US Open mixed title together the last two years, benefited from the roof being closed over Rod Laver Arena thanks to the extreme heat rule as the temperature topped 40C.

They faced wild card Australian pair Astra Sharma and John-Patrick Smith and came through 6-3 7-6 (4) to set up a clash with fifth seeds Barbora Krejcikova from the Czech Republic and Croatian Nikola Mektic on Saturday night.

Murray said: ‘We lost to them last year in a tough match so we had the bit between our teeth today, the chance for a bit of revenge. There was a lot on the line. For us to be in the final is really exciting.

‘We play great together. We have won two US Opens, the final again now. We are a good team. It’s fun to go out and play with Beth, she has great energy on the court, a great player as well. 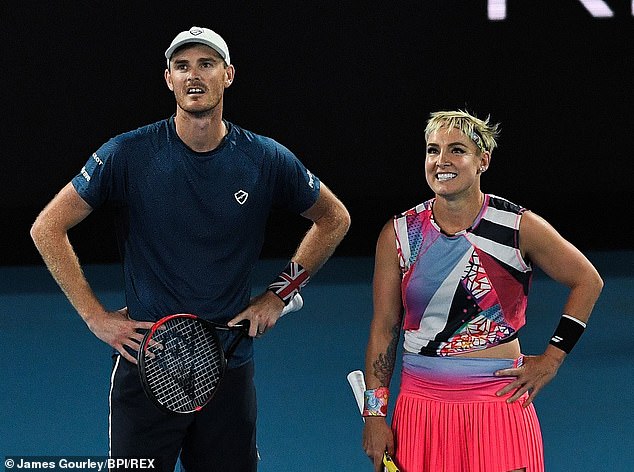 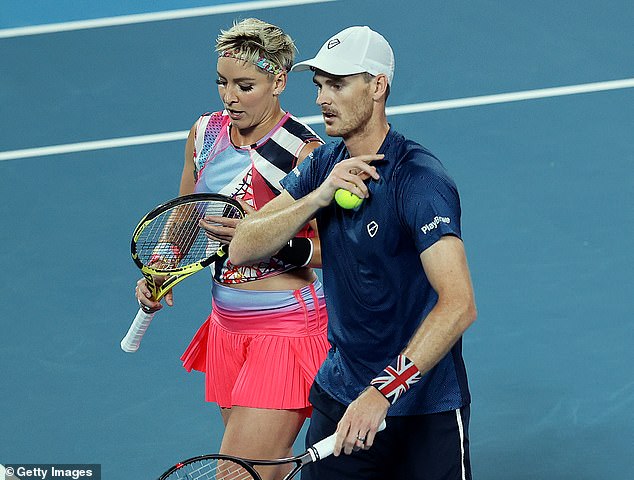 ‘Every time I enter a tournament with Beth I feel we have a great chance to go on and win the tournament.’

After winning Wimbledon with Jelena Jankovic in 2007, he collected back-to-back titles with Martina Hingis at Wimbledon and the US Open in 2017 as well as his New York double with Mattek-Sands. 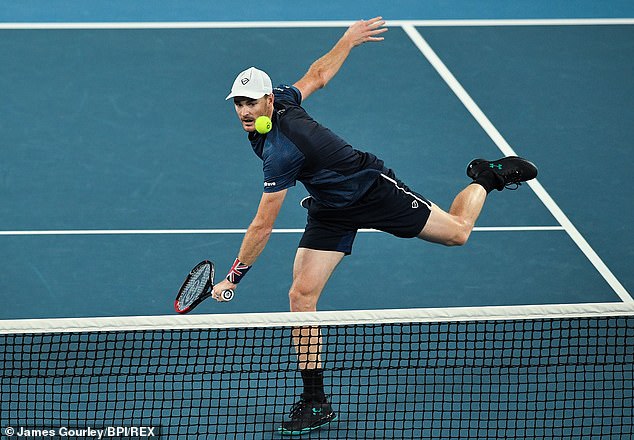 The pair were part of the same training camp in pre-season, and Murray said: ‘He has done incredibly well over the last two years.

‘I think after the win yesterday he is in the top 10 now and I am sure if they win he will be even higher. Potentially, if he has a good next three to four months, he could be number one in the world the way the doubles rankings are working out.

‘It is an exciting time for him. And to have someone else really playing at the top of their game, for British tennis, is brilliant.’