Jamie Murray brands Dan Evans ‘ill-informed and dumb’, claiming he has ‘made a hash of his career’

The fracturing of British tennis continues apace with Jamie Murray returning the serve that Dan Evans had delivered at the status of doubles within the domestic game.

The Davis Cup doubles star dismissed his singles team mate’s analysis as ‘lazy’, ‘dumb’ and ‘nonsense’, and accused him of making a hash of his career in an excoriating counter attack.

Murray called for all achievements of all British players to be celebrated, and insisted that he works as hard as players in the more lucrative – if more ferociously competitive – world of singles. 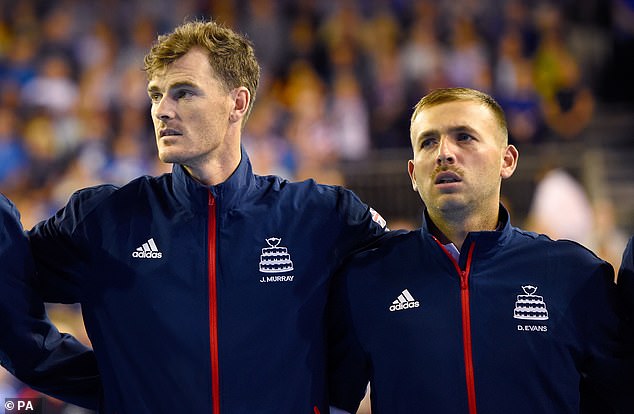 The 32 year-old Scot was talking in response to Evans’s comments to Sportsmail that doubles is given too high a priority, and that young players should always aspire to a singles career. He has certainly sparked a debate, if that was his aim.

While describing Evans as a friend who ‘shoots from the hip’, Murray – winner of four mixed and two men’s doubles Grand Slam titles – did not hold back his response.

‘For me it is lazy comments to make,’ said Murray, who with Bruno Soares is through to the Australian Open quarter finals.

‘It is ill-informed and dumb really. Also, to question the reason that we are on the doubles tour is because we don’t work as hard as the singles guys is just total nonsense.

‘I’ve been playing the tour since 2007, travelling the world, working my ass off to stay at the top of the game and make a living for myself.

‘To come from someone who really hasn’t applied himself as much as he should… he has made a hash of his career with his decision making and stuff.’ 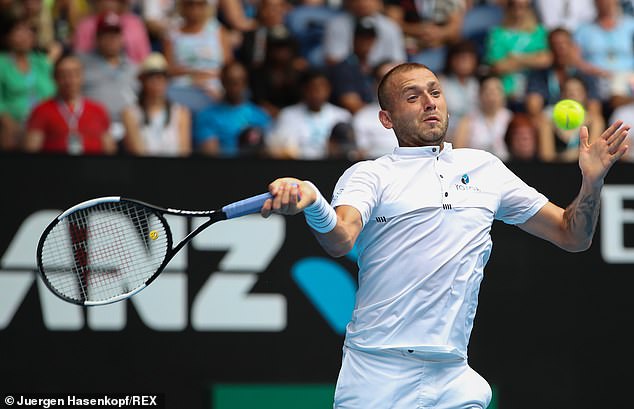 This was his most cutting remark, referencing Evans’s suspension for social use of cocaine, and his ‘bad boy’ reputation, which he seems to have toned down with a more disciplined approach since his return last April.

Evans’ underlying point, that British tennis should always be judged by singles results, will resonate with many, but Murray was not impressed.

‘To come out with those sort of comments is just ignorant I think,’ continued Murray.

‘For me it’s really disappointing. We should be celebrating any success that we have in this sport, whether it’s singles, doubles, mixed doubles, wheelchairs, whatever.

‘I think it’s important for a lot of young kids to know that growing up because it’s not easy to make it in the tennis world. There are only a few people that can make a real good living from the game and the journey is incredibly long to get from starting to the end point of playing on the tour.

‘Of course when people start playing they want to be singles players because if you look at the prize money and the glory and stuff. I’m playing on a tour where 80 per cent of the prize money goes to the singles.

‘I still manage to make a good living playing tennis. Let’s be honest, a lot better living than what Dan has done in his career.

‘Who exactly has Louis Cayer ever coached apart from doubles players? Why would British tennis allow him to take charge? It’s a ludicrous comment.

‘I like the doubles guys and they’ve done well, but to think we should celebrate this so the kids growing up look up to this as a huge achievement is completely wrong. Kids want to be in the second round of main draw singles events not doubles.

‘We are the only country in the world to have a doubles coach travelling round paid for by the federation at the Grand Slams, they also receive medical and sports science help so saying they aren’t appreciated simply isn’t correct. 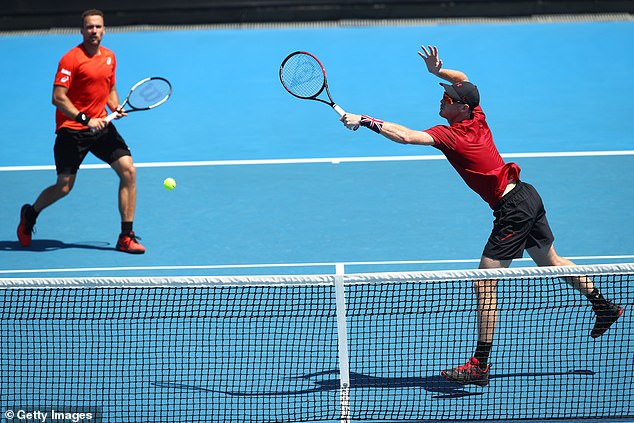 ‘I’m just more of a believer that we all should be celebrated for what we’re out here achieving. If he does something that’s noteworthy and deserves recognition then absolutely he should get it, along with anybody else that’s got a GBR next to their name.’

Evans had also questioned Murray’s assertion that his coach Louis Cayer, best known for his doubles expertise, should be given more prominence by the Lawn Tennis Association.

But his broader point was that other nations do not put the same resources into doubles, and quietly snigger at the Brits taking it more seriously.

There is something in that and Murray admitted as much, saying: ‘There are attitudes in our sport that doubles is second rate.’

One way of looking at the argument is to compare it to British funding of some Olympic sports, where money is allocated in areas where eyecatching results can be more easily achieved. 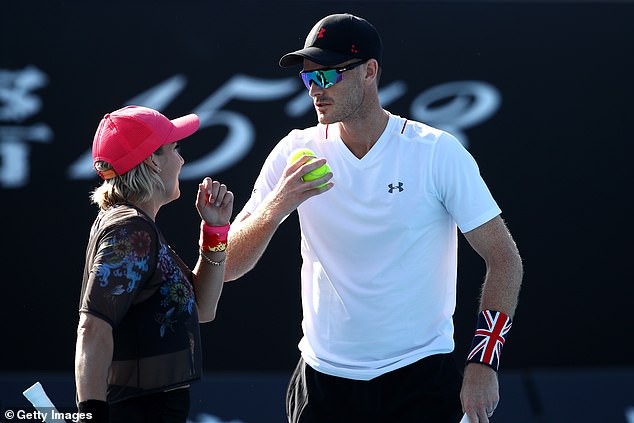 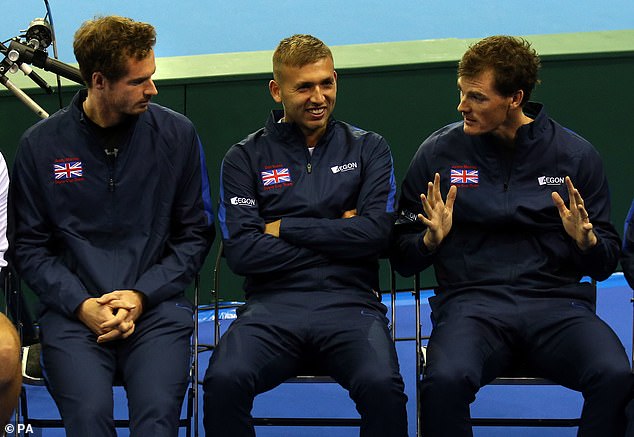 Murray says he is friends with Evans, pictured here alongside Andy Murray (left)

In recent off-seasons, for example, the LTA have staged doubles training camps in Florida with specialist coaching, not the kind of thing you would find other nations indulging in, or being financially capable of staging.

However, as Murray pointed out, doubles has been a key component to recent British success in the Davis Cup.

‘One of the reason for our success in Davis Cup over the years is that we’ve been winning the doubles point pretty much – and we needed that point to be successful and go places.’

Great Britain Captain Leon Smith, who has two separate events to oversee now in the traditional Davis Cup and the new ATP Cup, is likely to speak to both players to try and get a peaceful resolution going forward.

There does appear some hope of this, because Evans is well known for being unusually direct and unfiltered in his opinions – and he would be far from the only player among the singles bretheren to hold them.

‘I’m friends with him, I like him,’ admitted Murray. ‘You know what he’s like: he’s a character. He’ll shoot from the hip, he won’t necessarily think first before speaking and if that’s how he feels, that how he feels. I’m sure there’s a lot of other guys that maybe think the same, but I’m not going to lose sleep over what he thinks about doubles or whatever.’ 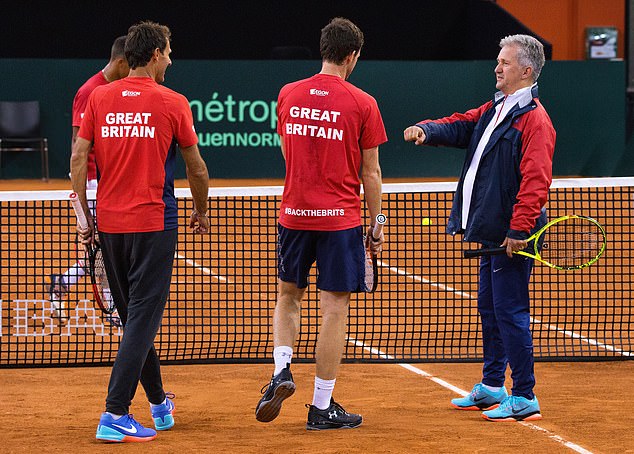