Jane Fonda opens up on sexual abuse in Stellar interview

She previously revealed she was a victim of rape and child sexual abuse, and was once fired for refusing to sleep with her boss.

And vocal feminist Jane Fonda has spoken out on the Hollywood sex scandal in a new interview with The Sunday Telegraph’s Stellar magazine.

The actress, 79, admitted sex has had a ‘big impact’ on her life as she branded the current abuse revelations plaguing the movie and television industry as an ‘epidemic’.

‘Epidemic’: Vocal feminist Jane Fonda has spoken out on the Hollywood sex scandal in a new interview with The Sunday Telegraph’s Stellar magazine

She explained: ‘Sexual abuse] is hardly unique in Hollywood. It is very, very common, just as it is in every country of the world. It’s the entitlement of too many men. It is epidemic.

‘I don’t think I’m the only woman whose life has been profoundly affected by issues of sexuality. Whether it’s abuse, or wanting to please, or betrayal, or insecurity… it’s quite universal. Sex has had a big impact on my life – and not always in a good way.’

The Frankie & Grace star spoke amid the Weinstein scandal, which has seen more than 30 women come forward with allegations of sexual harassment against the Hollywood producer, 65, the man once described as ‘God’ of the film industry. 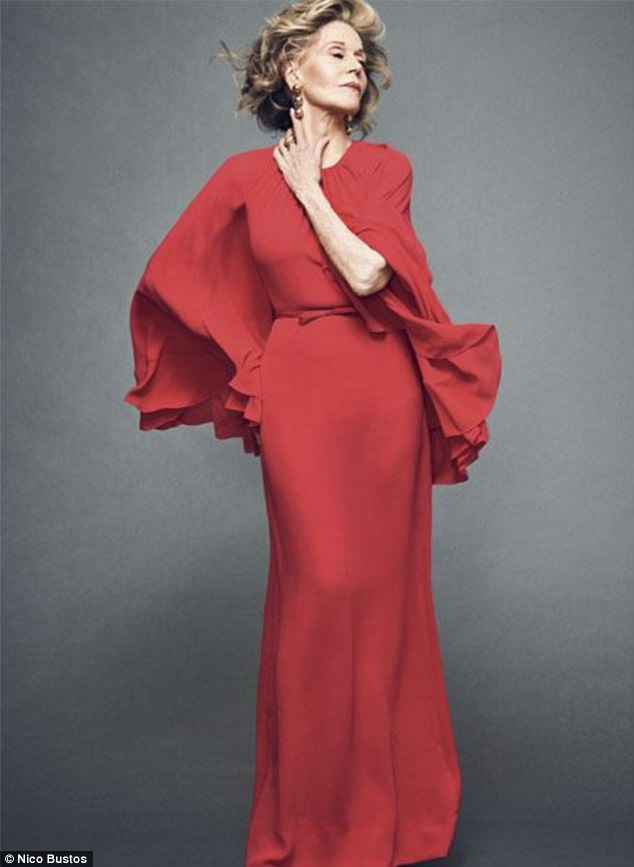 Honesty: The actress, 79, admitted sex has had a ‘big impact’ on her life as she branded the current abuse revelations plaguing the movie and television industry as an ‘epidemic’

The accusations, including from some of the world’s most famous actresses, range from inappropriate massages to rape over a three-decade period.

Speaking in her Stellar interview, Fonda was candid about her relationships with her three children Mary, 50, Vanessa, 49, and Troy, 44, Vanessa, 49, calling it ‘a work in progress’.

Admitting she ‘wasn’t necessarily a good mother’, the Monster In Law star said she didn’t understand parenting from the ‘get-go’. 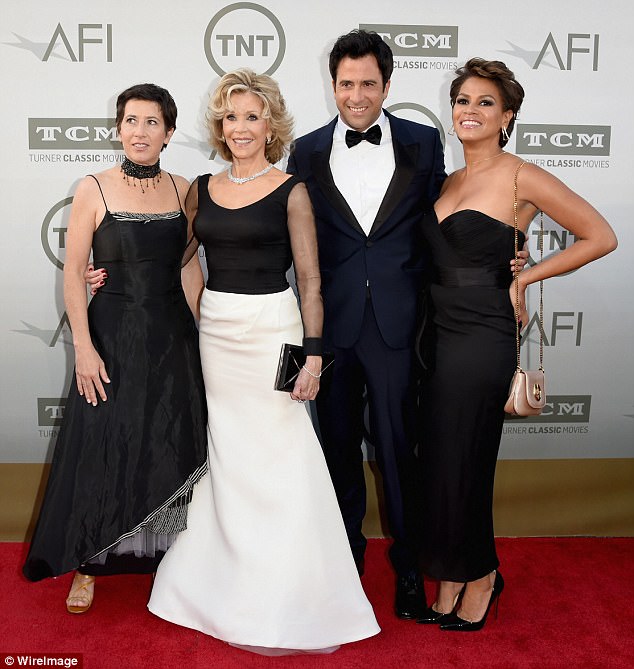 She explained: ‘I don’t think the work between parents and children ever ends. Maybe some people are fine enough human beings that they do it right from the get-go. But most don’t, and I certainly did not. I wasn’t necessarily a good mother.’

The actress admitted she is constantly having to ‘learn and listen and ask for forgiveness and just try to get better’ when it comes to her children.

Fonda also admitted perception of women has started to change over years, as she remembers a time when females weren’t even ‘supposed to exercise’.

The two-time Oscar-winner said she feels ‘warmer and lighter’ in her ‘advanced age’ thanks to staying active and eating a healthy diet later in life.

Earlier this year, the actress revealed she was a rape victim in a candid interview while speaking to Brie Larson for The EDIT magazine. 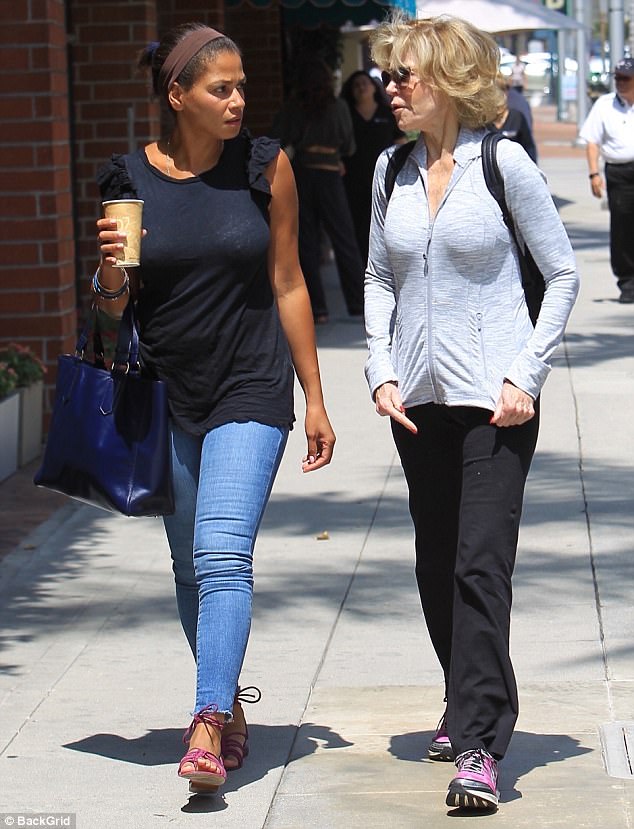 The star went on to say that she was once fired from a job because she wouldn’t sleep with her boss.

She explained: ‘To show you the extent to which a patriarchy takes a toll on females; I’ve been raped, I’ve been sexually abused as a child and I’ve been fired because I wouldn’t sleep with my boss and I always thought it was my fault; that I didn’t do or say the right thing.’

The mother-of-three said she even knows girls who are unaware they’ve been sexual assault victims.

‘I know young girls who’ve been raped and didn’t even know it was rape,’ she says. ‘They think, “It must have been because I said ‘no’ the wrong way.”

‘One of the great things the women’s movement has done is to make us realise that [rape and abuse is] not our fault. We were violated and it’s not right.’ 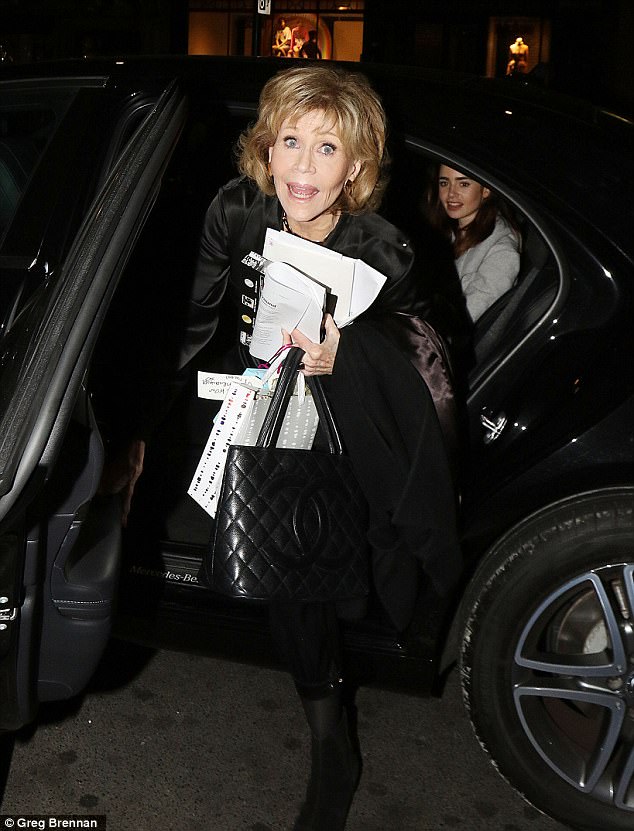 Fitness fanatic: Fonda believes perception of women has started to change as she remembers a time when females weren’t ‘supposed to exercise’ (pictured on Sunday with Lily Collins)