A woman known in the history books as Jane Roe, who lent her name to the polarizing Supreme Court ruling that legalized abortion in the US, made a bombshell confession before her death in 2017, claiming that her days as a fervent anti-abortion activist was ‘all an act’ that was paid for by evangelical leaders.

Roe, whose real name was Norma McCorvey, died at an assisted living center in Katy, Texas, in February 2017 of heart failure. She was 69.

Prior to her passing, McCorvey sat down for interviews with director Nick Sweeney, which are now part of an explosive documentary titled AKA Jane Roe, which airs on FX on Friday.

Bombshell: Norma McCorvey, known in the history books as Jane Roe, told a filmmaker before her death that her anti-abortion stance in the 1990s was ‘all an act’ that was paid for by evangelical Christians

The film follows McCorvey’s journey from a pregnant homeless woman in her early 20s to an abortion rights crusader whose pseudonym has become synonymous with the landmark 1973 Supreme Court ruling in Roe v Wade, and later to a born-again Christian campaigning to outlaw abortion.

Her stunning confession concerning her role in the anti-abortion movement comes in the the final 20 minutes of the documentary, which shows an ailing but still buoyant McCorvey breathing heavily through oxygen tubes as she looks straight into the camera, according to The Daily Beast.

‘This is my deathbed confession,’ she says. ‘I took their money and they took me out in front of the cameras and told me what to say. That’s what I’d say.’

In the interview, McCorvey refers to herself as ‘the Big Fish’ in the eyes of evangelical leaders who were eager to have her publicly switch sides and take up their cause.

In addressing her activism for the religious right, McCorvey boasts: ‘I’m a good actress.’ 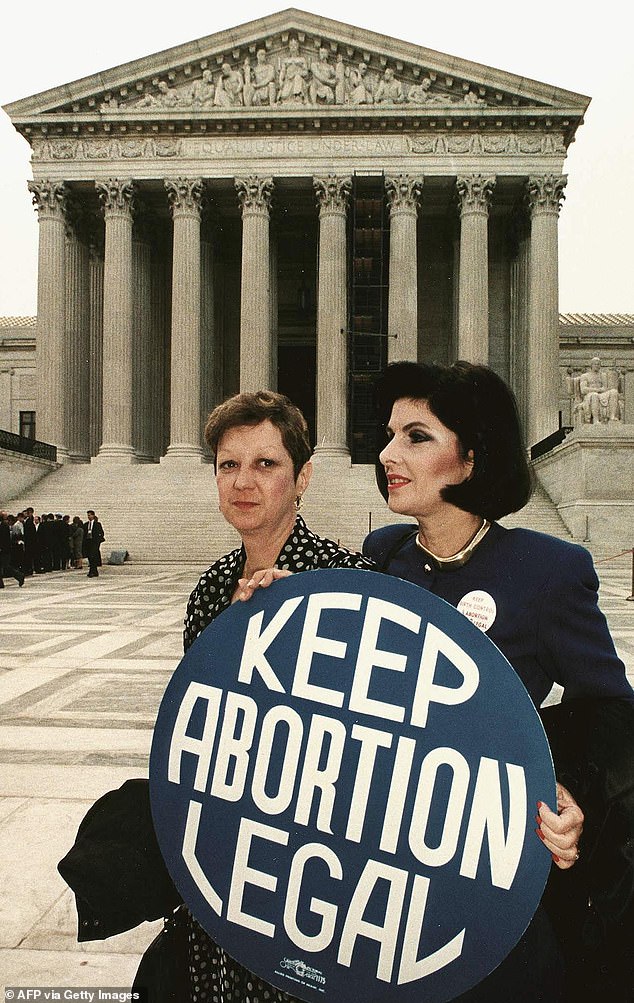 The Rev. Phillip ‘Flip’ Benham, one of the two evangelical leaders who helped orchestrate McCorvey’s religious conversion in the mid-1990s, denied paying her.

But the creators of the documentary reportedly uncovered documents showing that she had received more than $450,000 in ‘benevolent gifts’ from the anti-abortion movement.

Benham’s colleague the Rev. Rob Schenck reportedly confirmed that McCorvey was ‘on the payroll’ and was ‘coached on what to say’ at speaking engagements.

After being shown a video of McCorvey’s ‘confession’ in the film, Schenck, who describes himself as ‘lovingly critical’ of his evangelical community, says: ‘I had never heard her say anything like this. … But I knew what we were doing. And there were times when I was sure she knew. And I wondered, “Is she playing us?” What I didn’t have the guts to say was, “because I know damn well we’re playing her.”‘ 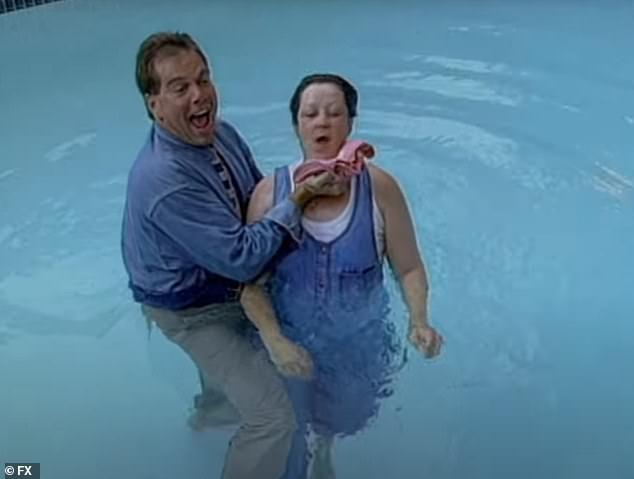 Schneck, who no longer supports the overturning of Roe v Wade, adds in the documentary: ‘when you do what we did to Norma, you lose your soul.’

McCorvey herself seems to come full circle in her thinking about abortion rights, saying in her earthy, plainspoken way in the film: ‘If a young woman wants to have an abortion – fine. That’s no skin off my a**. You know, that’s why they call it “choice.” It’s your choice.’

McCorvey was 22, unmarried, unemployed and pregnant for the third time in 1969 when she sought to have an abortion in Texas, where the procedure was illegal except to save a woman’s life. The subsequent lawsuit, known as Roe v. Wade, led to the Supreme Court’s 1973 ruling that established abortion rights, though by that time, McCorvey had given birth and given her daughter up for adoption.

Decades later, McCorvey underwent a conversion, becoming an evangelical Christian and joining the anti-abortion movement. A short time later, she underwent another religious conversion and became a Roman Catholic.

‘I don’t believe in abortion even in an extreme situation. If the woman is impregnated by a rapist, it’s still a child. You’re not to act as your own God,’ she told The Associated Press in 1998. 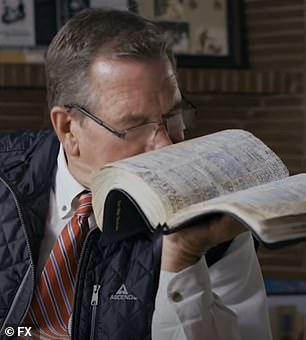 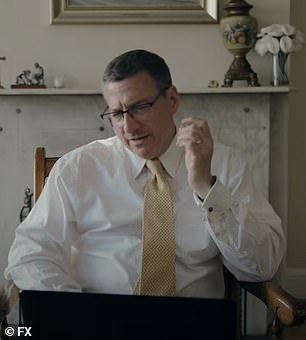 Benham (left) denied paying McCorvey for her activism, but the Rev. Rob Schenck (right) confirmed it and said he and others were ‘playing her’ 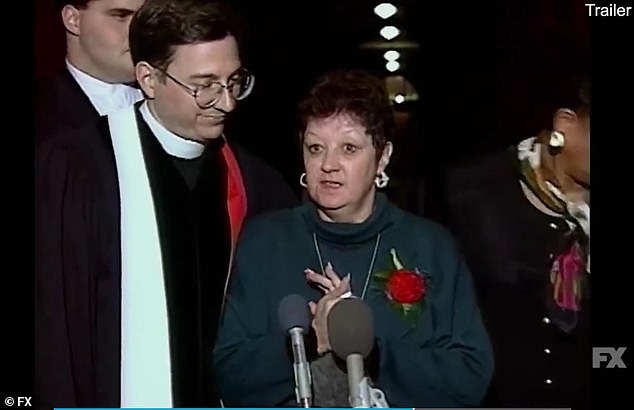 Documents reportedly show that McCorvey received more than $450,000 in ‘gifts’ from the anti-abortion movement before she severed her ties with it

After the court’s ruling, McCorvey lived quietly for several years before revealing herself as Jane Roe in the 1980s. She also confessed to lying when she said the pregnancy was the result of rape.

Throughout the 1980s and into the 1990s, she remained an ardent supporter of abortion rights and worked for a time at a Dallas women’s clinic where abortions were performed. Her 1994 autobiography, I Am Roe: My Life, Roe v. Wade, and Freedom of Choice, included abortion-rights sentiments along with details about dysfunctional parents, reform school, petty crime, drug abuse, alcoholism, an abusive husband, an attempted suicide and lesbianism.

But a year later, she was baptized before network TV cameras by a most improbable mentor: The Rev. Benham, leader of Operation Rescue, now known as Operation Save America. McCorvey joined the cause and staff of Benham, who had befriended her when the anti-abortion group moved next door to the clinic where she was working.

McCorvey also said her religious conversion led her to give up her lover, Connie Gonzales. She said the relationship turned platonic in the early 1990s and that once she became a Christian she believed homosexuality was wrong. 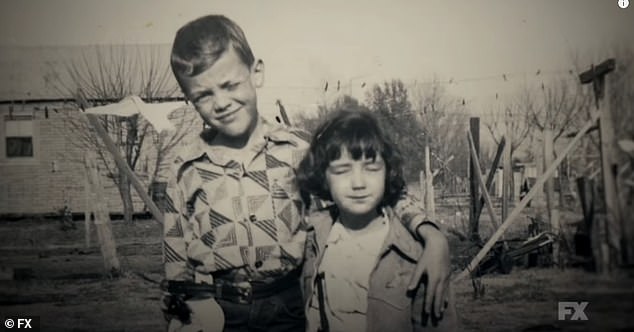 She recounted her evangelical conversion and stand against abortion in the January 1998 book ‘Won by Love,’ which ends with McCorvey happily involved with Operation Rescue.

But by August of that year, she had changed faiths to Catholicism and had left Operation Rescue. Though she was still against abortion, she said she had reservations about the group’s confrontational style.

McCorvey formed her own group, Roe No More Ministry, in 1997 and traveled around the U.S. speaking out against abortion. In 2005, the Supreme Court rejected a challenge by McCorvey to the 1973 Roe v. Wade ruling.

McCorvey was born in Louisiana, spending part of her childhood in the small village of Lettsworth. Her family then moved to Houston and later Dallas, where in ‘I Am Roe’ she recounts stealing money at the age of 10 from the gas station where she worked afternoons and weekends and running away to Oklahoma City before being returned home by police. 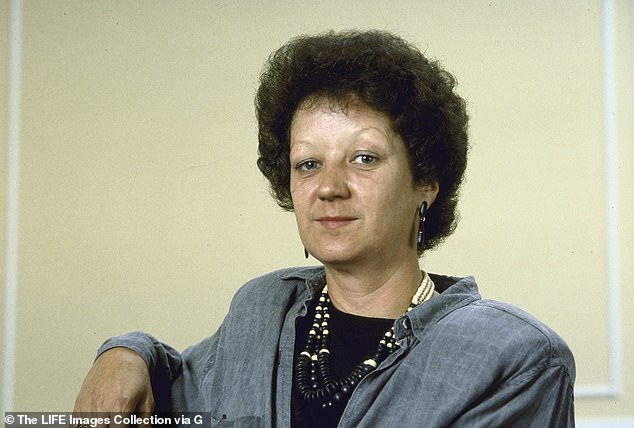 She sought an abortion in 1969 after becoming pregnant with her third child, but she ended up giving birth and putting the baby up for adoption 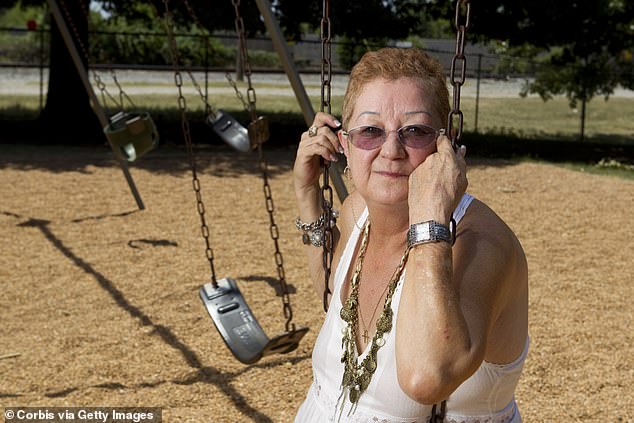 At the end of her life, McCorvey seemingly had another change of heart about abortion, saying that it was a woman’s choice

She was eventually sent to a state reform school for girls in the northern Texas town of Gainesville, living there from the age of 11 to 15.

She married at the age of 16, but separated shortly after while she was pregnant. She gave custody of her daughter to her mother.

She gave a second child up for adoption, but when she got pregnant a third time she decided to have an abortion. She said she couldn’t afford to travel to one of the handful of states where it would have been legal.

In ‘I Am Roe,’ she said her adoption attorney put her in touch with Texas lawyers Linda Coffee and Sarah Weddington, who were seeking a woman to represent in a legal case to challenge the state’s anti-abortion statute. She gave birth to the ‘Roe’ baby in June 1970.

Only her first daughter, Melissa, remained in McCorvey’s life and was with her when she died.