JANET STREET-PORTER: Coronavirus kills more men than women but women are bearing brunt of the misery

The vast majority (60%) of coronavirus victims are male – probably because men are more likely to suffer from high blood pressure, heart disease and chronic lung conditions.

To be blunt, more men than women have chosen risky behaviour – booze, fags and drugs, all of which makes them vulnerable.

Plus, there’s plenty of evidence that men aren’t so bothered about hand washing and general cleanliness and up to 50% of young males are now flouting social distancing and meeting their mates. In this crisis, women have toed the line, done everything we’ve been asked – and yet we’ve been treated appallingly.

This crisis continues to be navigated by men and on current evidence, they haven’t a clue. Our macho Prime Minister continues to use the language of war to ‘fight’ this disease, when what we need is emotional intelligence – empathy, soothing words to build community support through exhausting and trying times.

Not talk of violence, not strategies and equations dreamt up by an all-male ‘war cabinet’, not policies informed by a group of 50 scientists, of which just 14 are female.

When Johnson drew up his Brexit ‘war cabinet’ in July 2019 he didn’t bother with women. Now, we are following a familiar pattern – his closest allies delivering the daily briefings are Raab, Gove, Sunak and Hancock – just one female minister, Priti Patel, has been allowed on camera in almost two months – and then just twice. On Saturdays.

This is nothing short of disgraceful, for all sorts of reasons. Johnson’s statement to the nation was hopelessly muddled and left everyone utterly confused.

It relied on incomprehensible graphs, silly traffic light symbols and was packed with waffle, topped off with a Dad’s Army slogan – ‘stay alert’. From the moment they have to listen out for a baby crying at night or an ageing parent breathing with difficulty, women are on the ‘alert’. It’s in our DNA.

More men might be catching (and sadly dying) of the disease, but women are doing far more of the extra work during this lockdown. Let’s not forget that over three quarters of the NHS staff are female and women are responsible for the bulk of unpaid childcare and home schooling.

One survey found that although 50% of dads said they did most of the home tutoring, only 3% of women agreed! In lockdown, women are being reluctantly returned to a 1950’s stereotype we struggled so hard to escape.

We are cleaning, shopping, cooking and dealing with bored children. Yes, men do help – but women are doing the lion’s share. 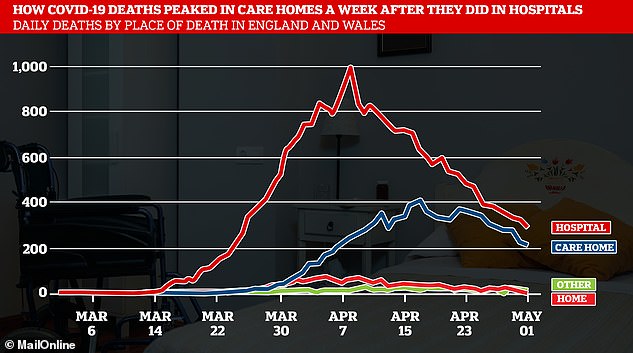 So where is our voice in the national decision making? It’s painfully obvious that the government’s exit strategy was dreamt up by young, single policy advisors who never watch daytime telly and have probably never read a child a story or dropped a toddler off at a playgroup.

How can schools re-open if nurseries and child minders can’t operate? How can single mums ‘work from home’ ? How can anyone go to work if they can’t use public transport and they haven’t got a car or a bike?

Why are the two sectors that are being allowed to return to work first – construction and manufacturing – dominated by men? The ones that are judged to be the most valuable to the economy.

Surely, education, retail and care homes – all sectors where low paid women make up the majority of the workforce – are just as important? Throughout lockdown, thousands of women are continuing to work in ‘essential’ jobs – in supermarkets, public transport and the NHS.

Many are putting themselves on the front line because they need the money and all the clapping in the world hasn’t got them a seat at the Cabinet table where they could fight for better personal protection, safer working conditions and higher wages. 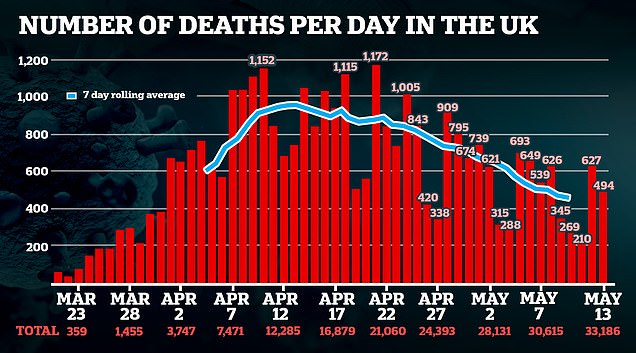 Women can’t understand how they are now allowed to let a cleaner inside their homes but can only see their parents and grandparents one at a time in a park, ten minutes apart, according to Mr Muddle Matt Hancock on ITV the other morning. Phillip Schofield described this as ‘bonkers’, and most people would agree.

Boris was thrilled to announce that angling, golfing and tennis is back on the agenda.

Tell that to a mum with three kids under ten and she will just laugh. Joyful old codgers were on the radio this morning expressing their delight that their favourite golf clubs are open for socialising. That will really please a busy mum sick to death of serving up breakfast lunch and dinner for the last seven weeks, whilst worrying about whether she will get her part time job back.

As for all the fuss about whether Premiere League footie and cricket will return – yawn!

Throughout this crisis, the Men in Charge have flexed their muscles and told us not to worry, we are in ‘safe’ hands. They forgot that women might need pills to terminate an unwanted pregnancy when clinics are shut.

They forgot that cooped up with abusive partners, domestic violence might soar. Belatedly – after being informed by outsiders – they flip flopped and offered telephone medication and a pitifully small (£2 million) sum to help abuse helplines and refuges.

Sticking a couple of women in the war cabinet isn’t the simple solution. What’s needed are gender-fair policies, devised by men and women with experience of the real world outside policy-making and paper theories, who perhaps understand that ordinary folk don’t respond well to graphs with funny bikes and coffee cups drawn on them as if we are toddlers at preschool.

Traffic light systems as if we are learning the Highway Code.

Who decided that only pupils in Reception, Year 1 and Year 6 could return to school and what impact that might have on the rest of the children in a family? Earlier in the year, Andrea Leadsom spoke of ‘the excellence that a range of views brings to decision-making’.

The next week Boris Johnson sacked her. Since then, former Home Secretary Amber Rudd has accused the Prime Minister of relying on men to explain the pandemic. Both women are right.

Women are far better than men at running domestic finances (we routinely make most of the decisions about big purchases) and living within our means. We take better care of our health and we do most of the caring and cleaning, unpaid.

Here’s some simple maths; at a time of national crisis, how can 51% of the population occupy 0% of the seats at the top table?

Suffragettes fought (and died) for the vote. A century later, what have they achieved?

Denmark, Germany and New Zealand all have female Prime Ministers dealing with coronavirus adeptly. In the UK, we remain in the dark ages.

Historians will look back on this period in British politics and see a time when women were silenced.