She’s a Hollywood mainstay whose presence brings an air of celebrity.

The Brooklyn-born beauty, 62, was clad in a long-sleeved black skirt with stitching on the arms and silver embellishments on the front, showcasing a long zipper that extended from her chest to her waist.

Out and about: Janice Dickinson, 62, was snapped Wednesday attending a party in Los Angeles for Ultimate Expedition, a new YouTube Red series

The America’s Next Top Model star accessorized with black knee-high boots and carried a patterned blue clutch, with her silky locks parted and down.

Dickinson is a veteran of the reality TV circuit, having past appeared on programs such as I’m a Celebrity, Get Me Out of Here! and Botched. 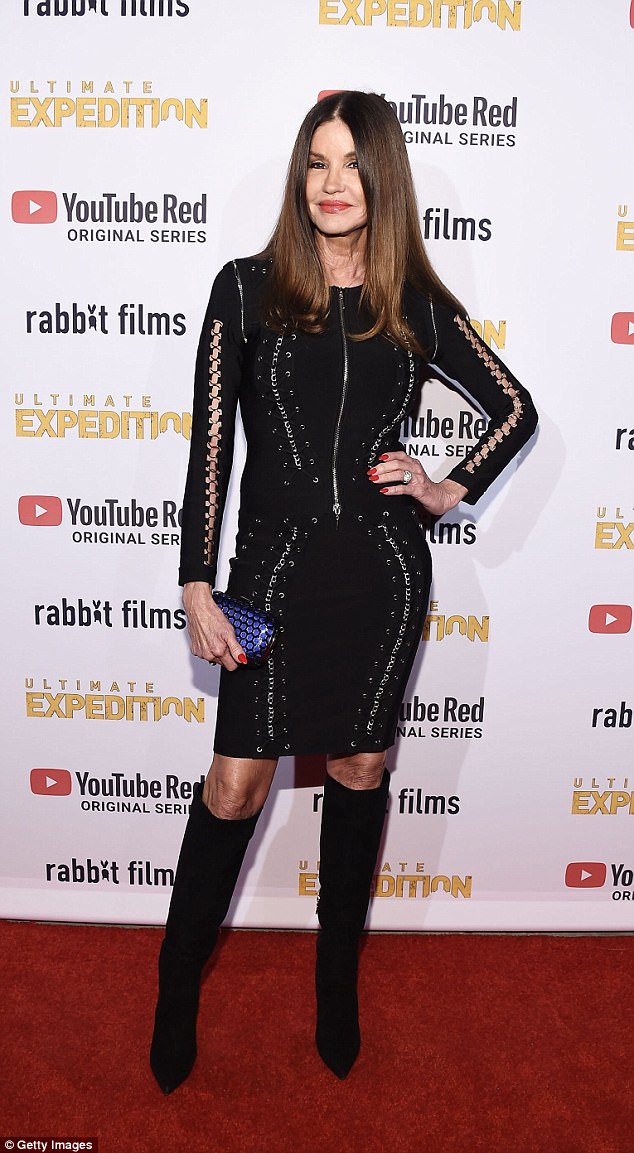 Confident: The modeling icon showed off a massive sparkler as she posed on the red carpet 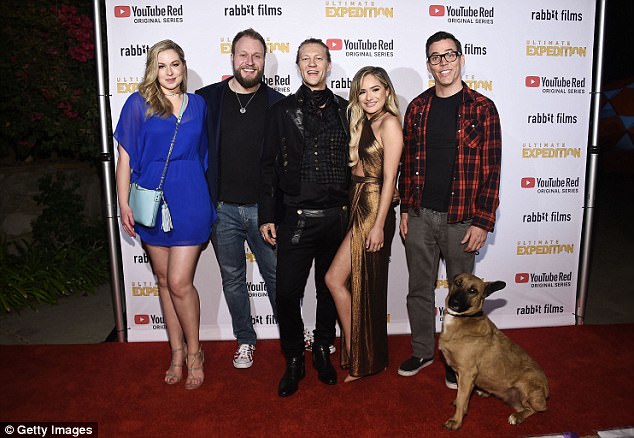 Ensembles: The show’s stars (L-R) Nikki Baker, Furious Pete, Jukka Hilden, Chachi Gonzales and Steve-O (with his rescue dog Wendy) posed together at the party, which was held at a private residence in LA

It’s hosted by Jukka Hildén of the Dudesons fame, who vowed that ‘true heroes are made’ on the mountain.

‘The stakes are high, and the risk is even higher, but everyone has an inner drive and motivation to summit the mountain both physically and metaphorically speaking,’ he said in a statement. ‘There are no second chances. You gotta leave it all on the field. Because here, you’re competing against the greatest adversary of them all: yourself.’ 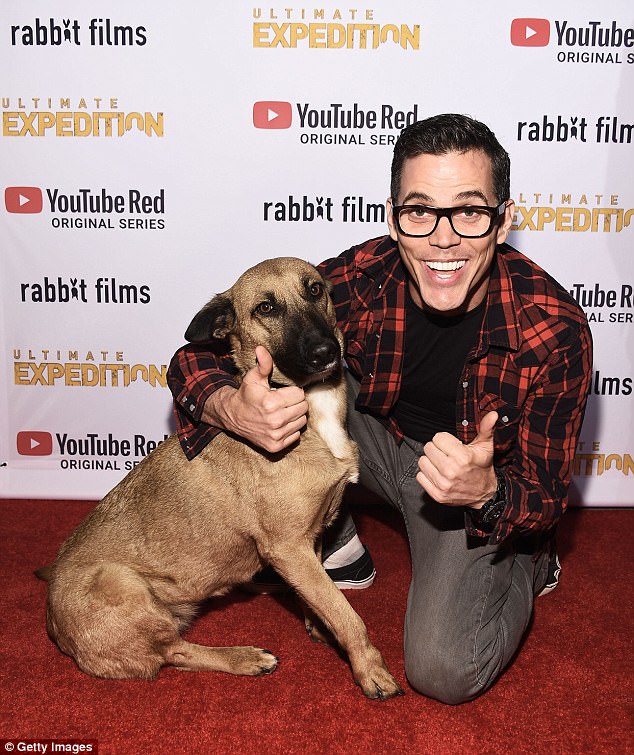 All good: The MTV star flashed a thumbs up as he posed with his rescue dog Wendy 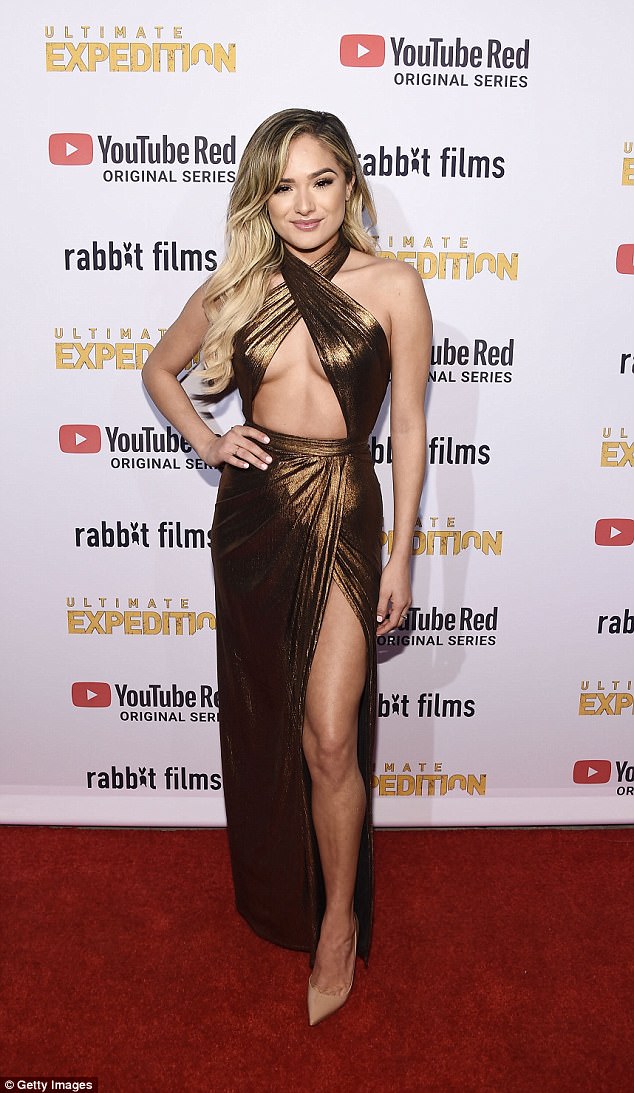 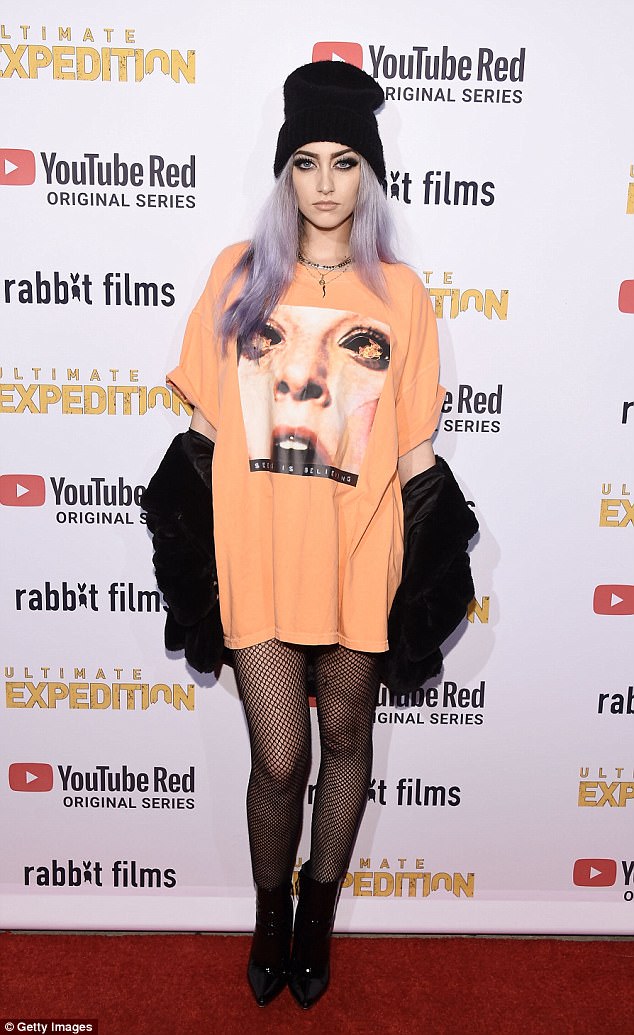 YouTube executive Susanne Daniels said that the online giant was ‘excited to work with Jukka’ and present the format’s standout personalities in a whole new light.

‘Viewers love to see their favorite YouTube stars in unique settings, and Ultimate Expedition will stretch the cast far beyond their comfort zones in new and unexpected ways,’ Daniels said. ‘The audience will get to experience the climb by not only watching the series, but through the personal journeys each star will share on their YouTube channels – keeping fans connected each grueling step of the way.’ 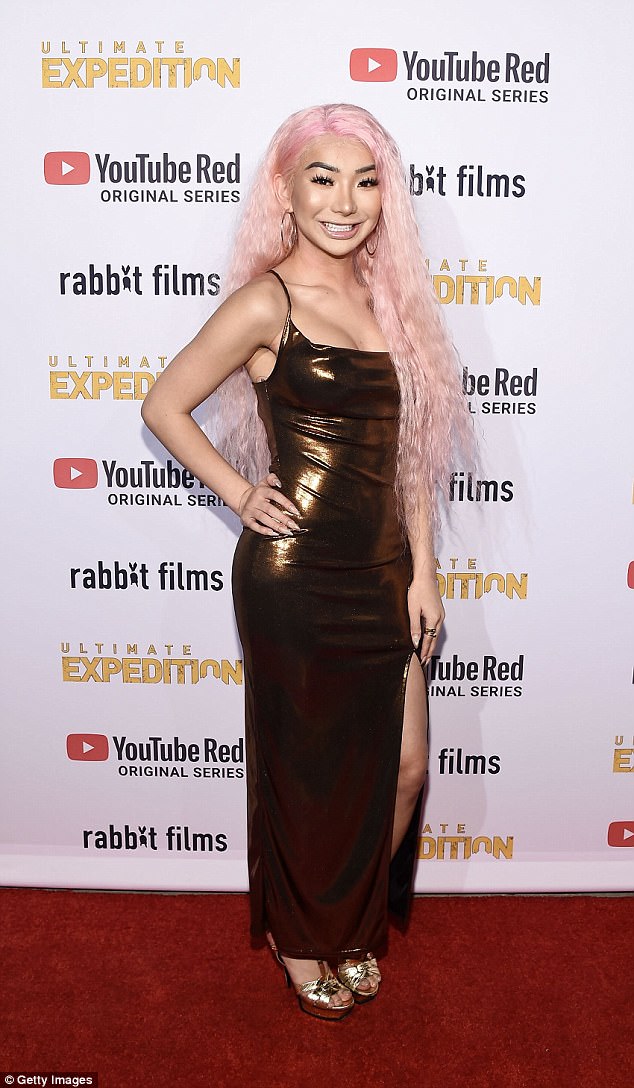 Dazzling: YouTuber Nikita Dragun beamed as she took to the red carpet at the function