Never sit next to a crying baby on a flight again! Airline will tell you where young children will be sitting when you book your seats so you can enjoy a peaceful journey

Sitting in the vicinity of a screaming toddler never makes for an enjoyable flight.

But one enterprising airline has come up with a nifty way of (potentially) stopping this situation from ever arising.

Japan Airlines (JAL) introduced a feature on its booking system that indicates which seats on the plane will be occupied by infants up to the age of two.

During the seat selection stage of making a booking with the carrier, any seats taken by a young child are highlighted with a baby icon.

‘This lets other passengers know a child may be sitting there.’

Since the feature went live on the JAL website, some passengers took to Twitter sing its praises.

Rahat Ahmed wrote: ‘Thank you, @JAL_Official_jp for warning me about where babies plan to scream and yell during a 13-hour trip. This really ought to be mandatory across the board.’

While Kathy Wilkson added: ‘Absolutely agree with you Rahat, screaming babies are not welcome anywhere… and especially on long haul flights! 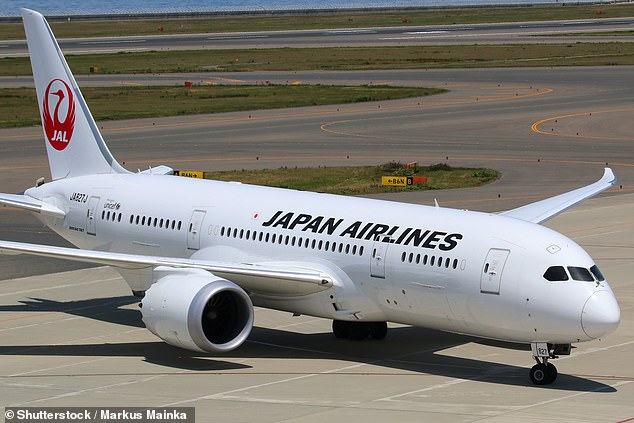 ‘There’s no escape from the noise, but noise-cancelling headphones do help.’

However, JAL points out that the seat plan showing where babies are sitting only works if passengers make their bookings through the carrier’s website.

The baby icons will also not display if there is a change in aircraft.

A JAL spokesperson said: ‘The seat map displaying younger children has been available on JAL`s domestic website since 2013 and was introduced on our international reservation site in 2017, when JAL completed its reservation/web system renewal. Japan Airlines is committed to providing customers with the highest levels of quality in every aspect of its service and this function was originally implemented based on customer feedback.

‘Customers with children have voiced opinions to sit in seats occupied by other traveling children to avoid any inconvenience to those traveling without family members. Therefore, the company took the initiative to create a function in the domestic market in 2013 and for the international market in 2017.’