A Japanese startup has signed a deal with Elon Musk’s SpaceX to send a spacecraft to the moon in the 2020s.

Private lunar exploration company ispace said it would blast a lander and rovers towards the moon on a SpaceX rocket on two separate missions.

The spaceware will first orbit the moon in mid-2020, followed by a moon landing attempt set for mid-2021.

It comes a week after SpaceX confirmed Japanese billionaire Yusaku Maezawa will be the first man to fly around the moon on a SpaceX rocket as early as 2023.

A Japanese startup has signed a deal with Elon Musk’s SpaceX to send a spacecraft to the moon in the 2020s. Private lunar exploration company ispace said it would blast a lander and rovers towards the moon on a SpaceX rocket on two separate missions

‘We share the vision with SpaceX of enabling humans to live in space, so we’re very glad they will join us in this first step of our journey,’ ispace CEO Takeshi Hakamada said in a statement.

Hakamada also told reporters the company chose SpaceX as it is ‘highly credible’ and ‘capable’.

SpaceX President Gwynne Shotwell said in a statement that the company is ‘proud to have been selected by ispace to launch their first lunar missions’.

‘We are entering a new era in space exploration,’ Shotwell said.

The mission, dubbed HAKUTO-R, gets its name from Japanese folklore about a rabbit on the moon.

The name translates to ‘white rabbit.’ 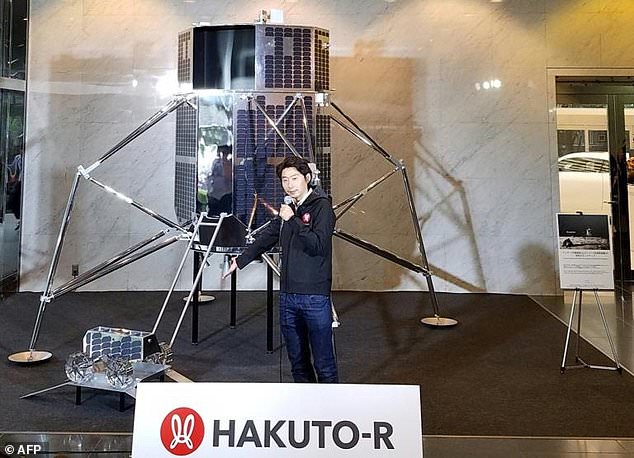 The Japanese firm hopes to send two missions to the moon, first to lunar orbit and later landing a rover on the surface

Hakamada said he could not reveal costs for lunar programmes. The company has already collected nearly $95 million from investors.

ispace, which now has more than 60 employees, competed as one of five finalists in the Google Lunar XPrize, which offered $30 million in prizes but ended with no winner.

SpaceX confirmed its first moon tourist earlier this year, revealing it had selected billionaire Yusaku Maezawa for its groundbreaking mission.

The entrepreneur has a passion for modern art and splashed a record sum for Basquiat’s 1982 ‘Untitled’, a skull-like head in oil-stick, acrylic and spray paint on a giant canvas.

Maezawa founded the Contemporary Art Foundation in Tokyo and was on the 2017 list of ‘Top 200 Collectors’ of the ARTnews magazine based in New York. 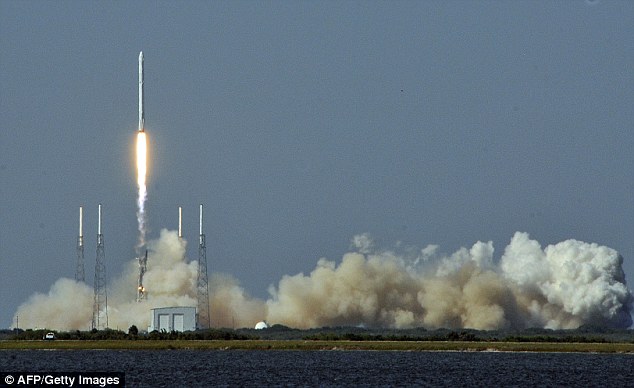 SpaceX President Gwynne Shotwell said in a statement that the company is ‘proud to have been selected by ispace to launch their first lunar missions’. File photo

WHAT DO WE KNOW ABOUT SPACEX’S PLANS TO FLY TOURISTS AROUND THE MOON? 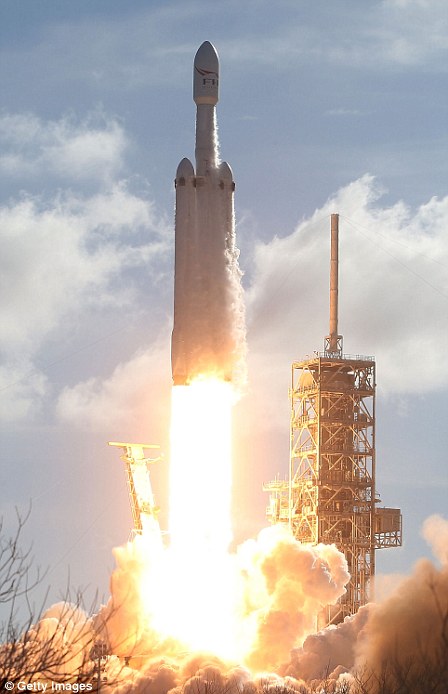 SpaceX has announced it will send a tourist to the moon aboard its upcoming Big F***ing Rocket (BFR).

CEO Elon Musk has previously promised the BFR would carry cargo ships to Mars as early as 2022, with manned flights scheduled for 2024.

It’s an ambitious project – one that could ultimately make or break SpaceX – but Musk’s company stands to make billions if it can pull it off.

However, Musk has a history of underestimating how long his ambitious projects will take to get off the ground.

Musk admitted in July 2017: ‘It actually ended up being way harder to do Falcon Heavy than we thought.

‘Really way, way more difficult than we originally thought. We were pretty naive about that.’

The BFR has yet to undergo any engine tests – which typically take place over the course of several months – and that’s before the unmanned flight tests SpaceX will need to carry out long before it can safely transport passengers.

It is unlikely the rocket will fly tourists until at least the late-2020s.

Other space tourism firms, such as Richard Branson’s Virgin Galactic and Jeff Bezos’ Blue Origin, are set to launch civilians into space ahead of SpaceX – though these flights will not breach Earth’s orbit.

Both firms are expected to take tourists into space before 2025.

Art was high on his mind when he announced he would blast into space on a SpaceX rocket in 2023, saying he would invite six to eight artists from around the world with him.

‘They will be asked to create something after they return to Earth. These masterpieces will inspire the dreamer within all of us,’ he told reporters.

He has already shown his appreciation for Musk’s space programme, tweeting his congratulations for the successful launch of Falcon Heavy in February.

‘I am moved that I shared the historic moment on the scene. I am so thrilled and encouraged I can’t put it into words,’ his tweet said.