A Japanese university player of American football, who injured an opponent with a dangerous late tackle that has become front-page news, apologised in a televised press conference Tuesday but said his coaches ordered the hit.

Images of 20-year-old defensive lineman Taisuke Miyagawa smashing into an opposition quarterback from behind – several seconds after the ball had been released – have been played on a loop on TV since the incident on May 6.

A Japanese university player of American football, who injured an opponent with a dangerous late tackle (pictured) that has become front-page news in Japan 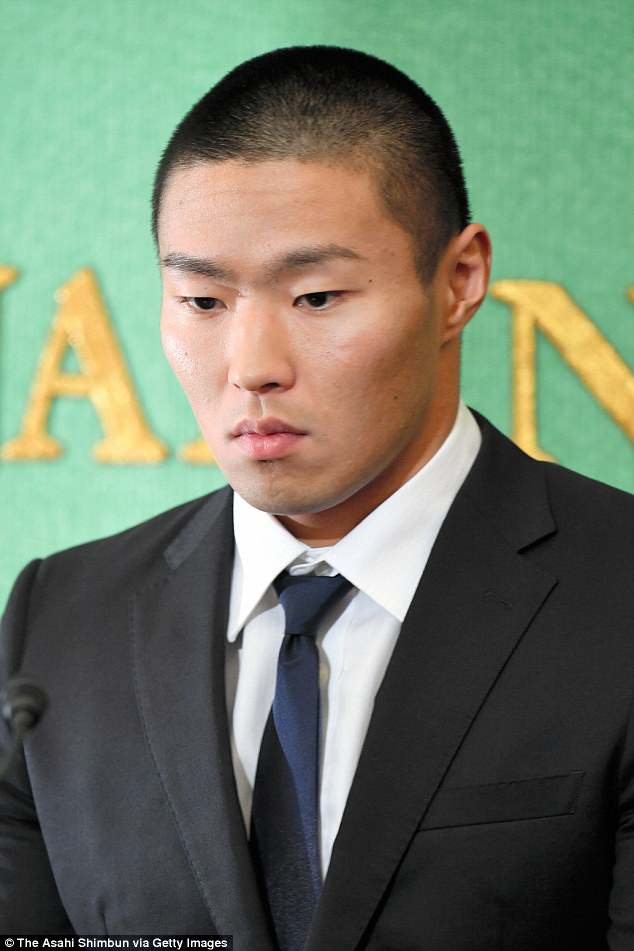 ‘I deeply apologise for causing serious damage and a lot of trouble,’ Miyagawa said, bowing deeply for a long time as flashes went off around him.

He said he had failed to make the starting team recently because he ‘lacked guts.’

Miyagawa said one of the coaching staff had told him that head coach Masato Uchida would let him play if he ‘crushed the opponent’s quarterback’.

‘Just before the game, I asked the coach (Uchida): ‘Let me play as I will crush the opponent QB’. Then he said: ‘It does not mean anything if you don’t do it’.’

Uchida has now resigned as coach at Nihon University, an exclusive private college.

Asked about the future, Miyagawa said: ‘Of course, I don’t have a right to continue playing American football and I have no intention to play. I don’t know what to do.’ 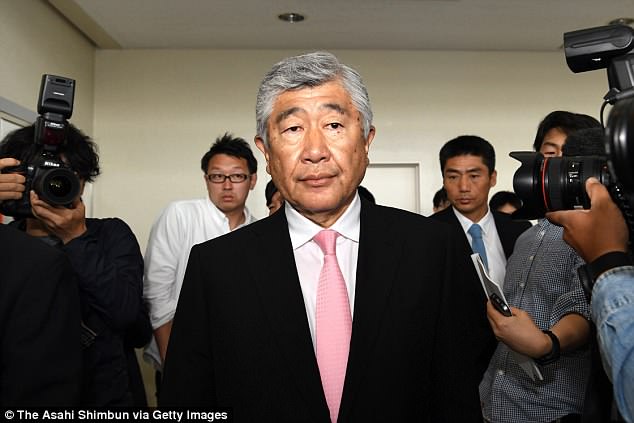 The victim of the tackle is off games for three weeks. American football is widely played in Japanese schools and universities.

The appearance of the visibly overawed young player sparked some sympathy from social media users.

One tweeted: ‘I think he is actually a kind kid.’

‘I wonder what kind of adults forced this 20-year-old man — who has a future — to face this situation. They made him hate American football which he once loved.’ 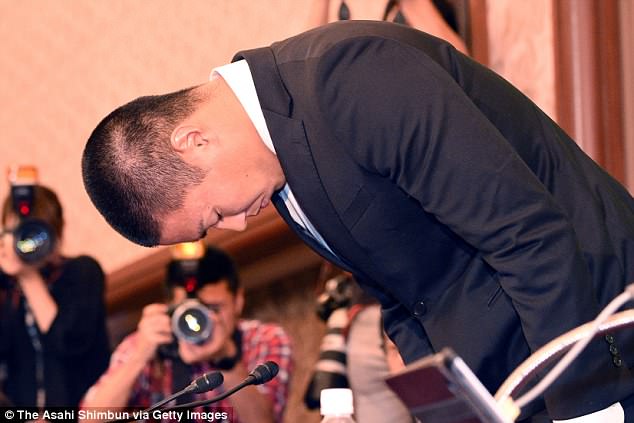