In the coldest village on earth temperatures can hit -60C in January and inhabitant’s eyelashes freeze solid moments after they step outside.

But that didn’t stop one bold tourist from taking the plunge into a freezing river – wearing nothing but a pair of skimpy trunks.

In the hilarious footage the unnamed Japanese visitor emerges from a van parked close to the steaming water.

In the video, which emerged online today, he is watched by a camera crew dressed in thick, warm clothing. The landscape is covered with a blanket of snow.

He pauses for a second, gathering up the mental strength necessary to face the cold.

He turns, salutes the camera and runs screaming into the water.

Hilarious footage shows a Japanese visitor to the town of Oymyakon, Siberia, plunge into a -60C river in nothing but a skimpy pair of shorts

He completely submerges his body beneath the surface. Other tourists stand by, laughing at his reaction.

As he emerges he hops from foot to foot, overcome by the sub-zero temperatures.

Thankfully, one of his friends hands him a towel and he scurries back into the van.

The foolhardy young man was on a trip organised by Russian company Satal Tours which runs outdoor expeditions including fishing trips.

The video was taken in the remote Siberian village of Oymyakon – the coldest permanently inhabited settlement in the world.

It was so icy in the Russian village that a new electronic thermometer conked out after recording a bone-cracking minus 62C.

The official weather station at the ‘pole of cold’ registered minus 59C, but locals said their readings were as low as minus 67C – less than 1C off the lowest accepted temperature for a permanent settlement anywhere in the world. 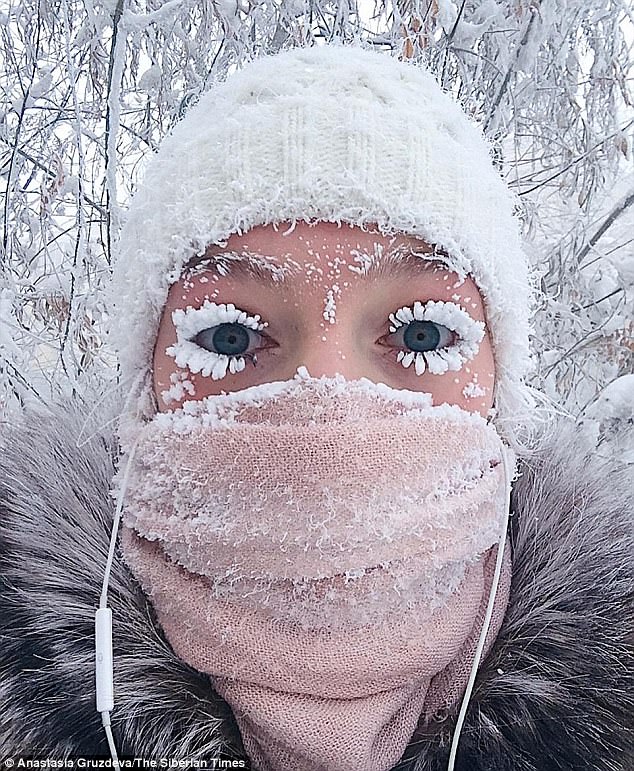 And that record breaking recording was taken in the town back in 1933.

One villager in Oymyakon recorded a temperature of minus 67C, while others agreed that the official reading of minus 59C did not tell the full story.

The digital thermometer was installed last year to help Oymyakon market itself to tourists, but it gave up the ghost at minus 62C.

‘It broke because it was too cold,’ reported The Siberian Times. 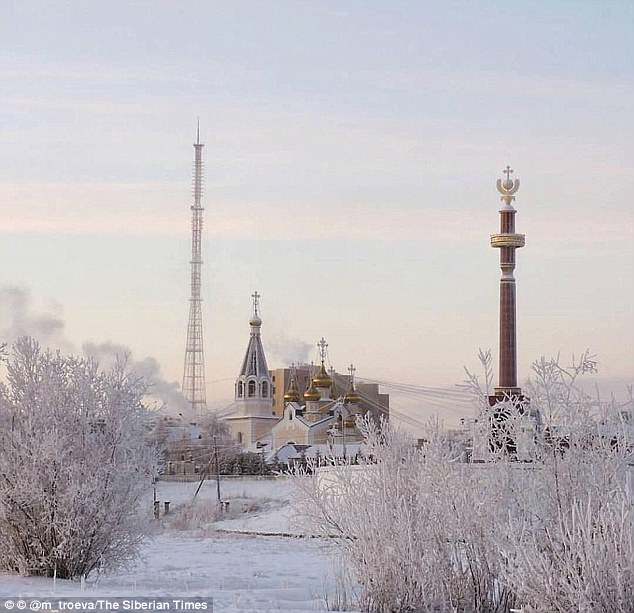 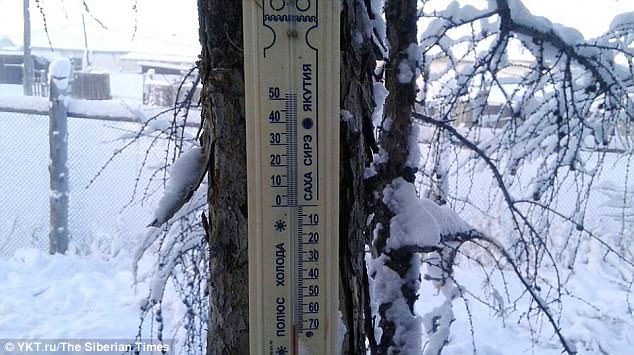 The village is home to around 500 hardy people and in the 1920s and 1930s was a stopover for reindeer herders who would water their flocks from the thermal spring.

This is how the town got its name which translates as ‘the water that doesn’t freeze’.

The Soviet government later made the site a permanent settlement during a drive to force its nomadic population into putting down roots.

In 1933, a temperature of minus 67.7C was recorded in Oymyakon, accepted as the lowest ever in the northern hemisphere.

Lower temperatures are recorded in Antarctica, but here there are no permanently inhabited settlements. 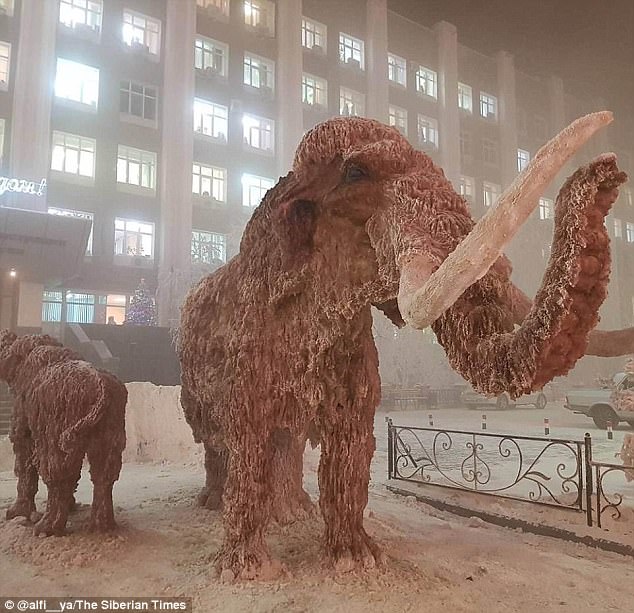 Locals are said to leave their cars running all day for fear of not being able to restart them.

Rock solid earth makes burying the dead a difficult task. The earth must first have thawed sufficiently in order to dig, so a bonfire is lit for a few hours.

Hot coals are then pushed to the side and a hole just a  few  inches deep is dug. The process is repeated for several days until the hole is deep enough to bury the coffin.